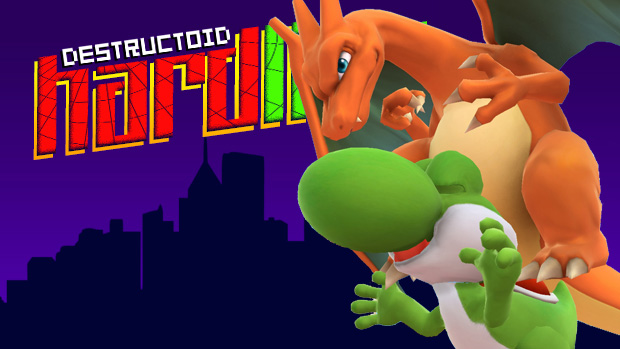 Two weeks in a row! Look at us go! On this episode of Hardline, my bests buds Hamza Aziz and Brett Makedonski joined me for a chat about Borderlands: The Pre-Sequel and our thoughts on the series more generally, Super Smash Bros. looking damn fine as of its recent Nintendo Direct showing, and the double-dip potential of The Last of Us Remastered for PlayStation 4.

Those were the main talking points this week, but we also hit the rather good Xbox 360 port of Titanfall, the positioning of Kinect this console generation, the possibility of a Kinectless Xbox One, Microsoft’s original TV shows, and what is best in life. Hint: it’s Hotline Miami 2.

We’re still encountering some back-end issues on YouTube, so this episode of Hardline will once again be audio-only. Listen by subscribing on iTunes or RSS, or downloading directly.