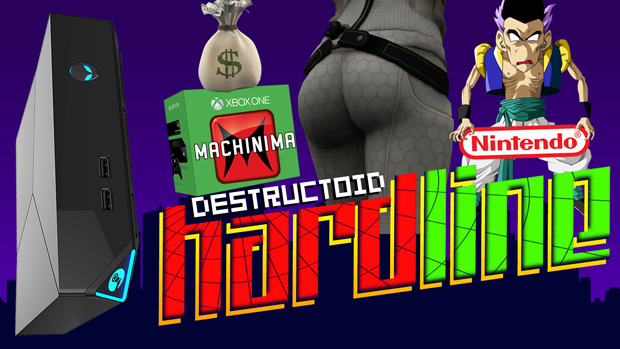 Max Scoville and Conrad Zimmerman appeared on this week’s Hardline to share their thoughts about the controversy surrounding Microsoft’s media buy in which Machinima partners were paid to make videos promoting the Xbox One without disclosing the partnership, and the trademarking of the word “Candy” by Candy Crush Saga maker King.

Then there was the whole “Nintendo has to rethink its business structure” thing after the company substantially lowered its sales forecast for the Wii U this year. Not a very uplifting week in game news, all things considered. On a brighter note, there was a fair amount of chatter about Max hiding a Game Boy Micro in his body (use your imagination) and we came up with a borderline believable scenario explaining why he’d need to do that.

For the audio-only episode, you can subscribe on iTunes and RSS, or download directly. (Also, episode 006 is now up on iTunes. Sorry for the lateness!)