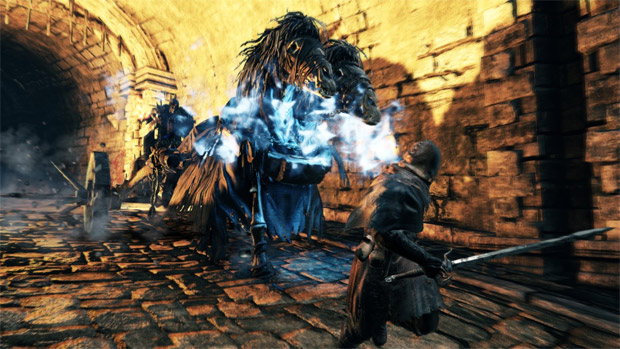 The screenshots were a nice start, but this is a Souls game we’re talking about here; one cannot have enough information to go on leading up to release, and even years after. IGN has the gameplay reveal of Dark Souls II featuring From Software director Yui Tanimura and Namco Bandai global producer Tak Miyazoe. You will want to watch this.

Besides the satisfying combat, the main draw for me has always been the detail-rich environments and their ability to tell a story organically. Thankfully, much of the focus of this 12-minute video is placed on the world of Dark Souls II, which has been given a nice boost graphically. The lighting in particular looks much improved, with the ability to light torches and fumble around before getting squished by the things that thrive in the dark.