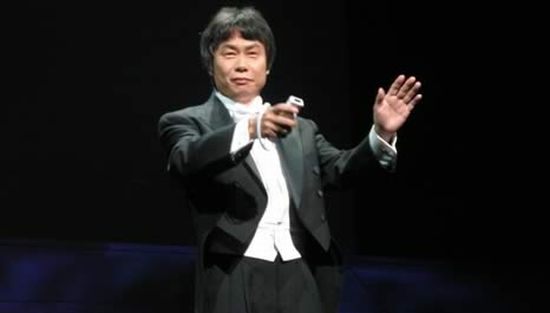 As well as it being the PS3’s birthday today, GoNintendo reminds us that it also happens to be the birthday of one of the most important figures that will ever live in the videogame industry. Shigeru Miyamoto has turned 55 years old today (it’s still the 16th on the Pacific Coast when I posted this story!) and Destructoid happily wishes you a Happy Birthday Shiggy.

Now, when I saw the news that Shigeru celebrated his birthday today (or yesterday technically in Japan time), it reminded me of a speech I had written about him for my speech class in 2003, my senior year of high school. I went and dug it up and figured I would share it all with you to my embarrassment. Before you read the speech, understand that I had to write this in the tone that my audience had no idea what a videogame was and that this speech was supposed to be written in the style that I was introducing him for an audience. Check it out after the jump.

How many of you enjoy playing a videogame on the PS2, Xbox, and GameCube? Especially the games that allow you to explore every inch of your surrounding. Where you may find a secret that unlocks a new area or gives you a powerful item to aid you in your quest to save the princess or take over the world. Well there is one man who made this all possible — Shigeru Miyamoto. Without Shigeru Miyamoto, games wouldn’t be even close to what they are today. We probably would be playing Pong 2004 — NOW IN 3D right now.

From his early childhood, Miyamoto wanted to create something that would astonish the world; he didn’t care what it was, just as long as he could share it with the world.

To introduce the Spielberg of videogames, I’m going to share with you how and what go Mr. Miyamoto into the business of videogame making. First, I will tell you about his childhood and how it would be the key to Nintendo’s success. Second, how he got started with Nintendo and helped Nintendo become a popular gaming system. Third, how Nintendo and Miyamoto changed each other’s lives.

Shigeru was born on November 16, 1952 and was raised by both his parents in Sonebe, Japan. Shigeru Miyamoto’s simple childhood would eventually be the key to creating some of the most influential games in gaming history. The lack of a T.V. set caused Miyamoto to explore his surroundings in his maze like house and the fields surrounding his house. He would always love to explore his surroundings. Rice fields, canyons, grassy hills, waterways, caves, anywhere he could go he would explore. All of this exploration of his surroundings would have an affect on Miyamoto’s future titles such as the Legend of Zelda.

He also used other means to help him express his creativity. He would play baseball with his friends, he attended heroic dance dramas, was a master of making various puppet shows, painted, read, was a skilled cartoonist and organized a cartoon club at his school.

Miyamoto attended Kanazawa Munici College of Industrial Arts and Crafts in 1970 and studied in industrial design. It took him five years to graduate because he attended half the time. He was distracted with playing with his guitar and various other activities including videogames, puppeteering and making toys.

When he finally did graduate he wasn’t about to jump into any career — it took a lot to hold his interests. One day in 1977, Miyamoto had his father contact an old friend who ran a toy company, which just so happened to be Nintendo. Sporting very shaggy hair, Miyamoto meet with Hiroshi Yamuchi (who ran and still runs Nintendo). Hiroshi wanted Miyamoto to return with some toy ideas. So Miyamoto brought in a bag full of ideas and toys and was hired on immediately as Nintendo’s first staff artist — Even though didn’t need a staff artist at the time.

In 1980, Hiroshi asked Miyamoto into his office to announce that he wanted a videogame made and he wanted Miyamoto on the job. His first project was called Radarscope which was a shoot ‘em up game but he trashed the project. When asked why he scraped the project, Shigeru said “I never release a game if it doesn’t feel good, many games have gone unreleased because it didn’t feel good to me.”

After several other licenses feel through, including Popeye, and Beauty and the Beast, he came out with Donkey Kong. It went on to be hugely popular and stared the now famous Mario (who didn’t even have a name when he appeared in Donkey Kong). After Donkey Kong, he created Mario Bros. 1 and the Legend of Zelda, both created from his childhood experience of exploring the cave and his maze like home.

How Miyamoto and Nintendo impacted each others lives is summed up best by this quote by David Sheff author of “GAME OVER”  “It’s impossible to calculate Miyamoto’s value to Nintendo, and it’s not unreasonable to question whether Nintendo would have succeeded without him.” Since he started with Nintendo, Miyamoto has been involved with over 70 plus games including the Mario series, which alone has earned $150 million dollars in sales worldwide.

Nintendo has also helped Miyamoto live a happy and prosperous life. He meet his wife Yasuko, who worked in Nintendo’s general administration department when they meet and have two kids together. He is General Manager of Nintendo now and lives only a short bike ride away from Nintendo’s head quarters in Kyoto.

Celebrities from all over have come to meet Shigeru including Steven Spielberg, Paul McCartney, and George Lucas. He has received countless awards including being the first person to get into The Interactive Academy of Arts and Science’s Hall of Fame, a prize that is given to people that have developed new and extraordinary things within the digital industry.

In conclusion, Shigeru Miyamoto is a man whose only limitation is his imagination. His childhood was filled with a rich environment in which he loved to pass the time by exploring everything around him. In his early adulthood, he was granted an opportunity to be a toy designer with Nintendo that would eventually lead to be something much more. Now, Nintendo is watching the money flow in as Miyamoto lives peacefully with his wife and kids.

Shigeru once said that “I like to create trends not follow them!” I for one think he has definitely proved this. Ladies and gentlemen, it is my honorable pleasure to introduce to you Shigeru Miyamoto.