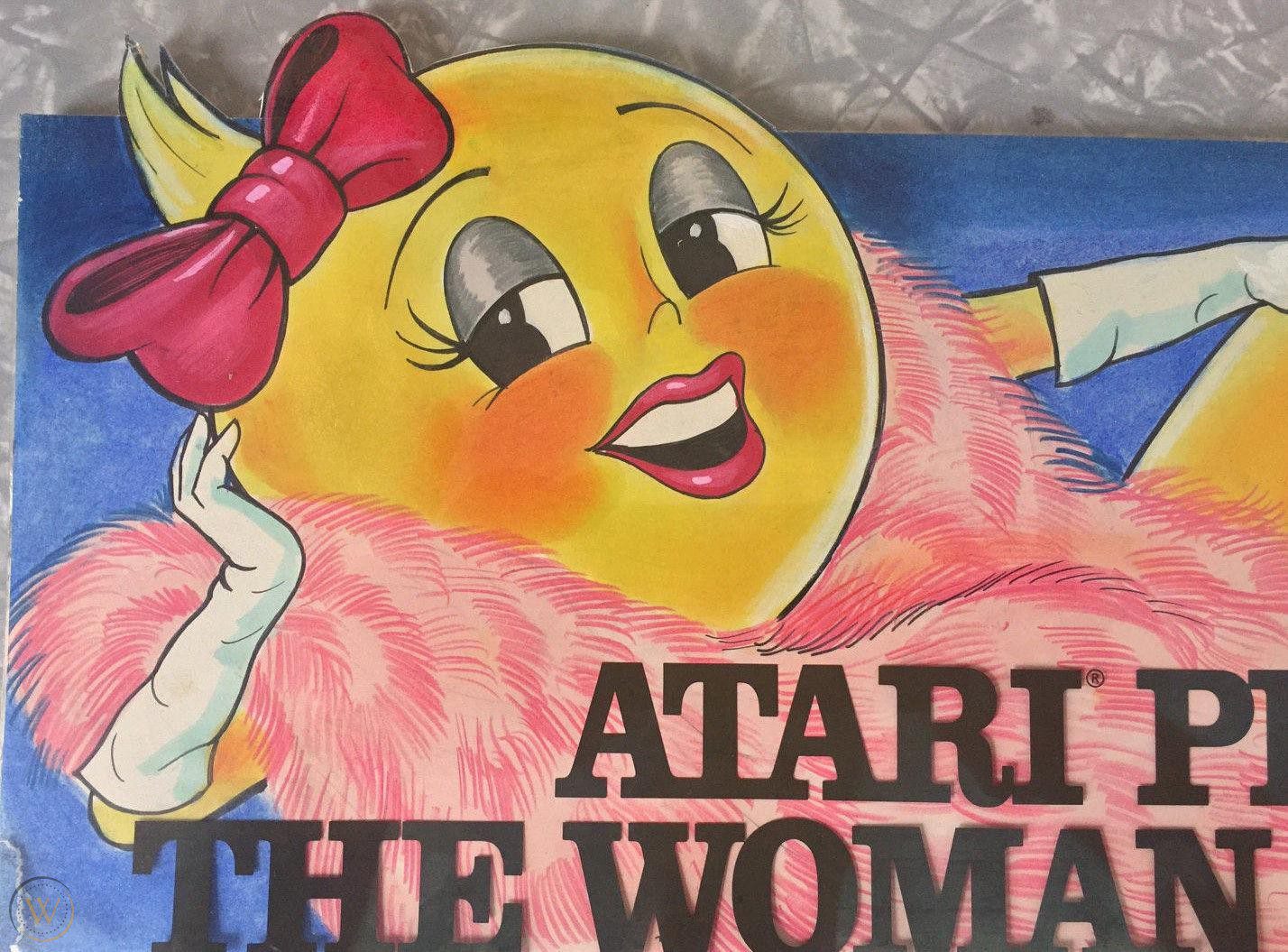 Just like her husband Pac-Man, born just two years earlier (young couple!), Ms. Pac-Man is a round yellow circle, kind of like a jawbreaker or the Sun.

She debuted in arcades across America and raked in $1.2 billion quarters by 1987, all the while managing her marriage with Pac-Man and their baby Junior, who was unceremoniously unleashed from his blue blanket during Ms. Pac-Man gameplay. Today, she celebrates her 40th anniversary.

But in some ways, Ms. Pac-Man, one of the world’s most successful arcade games, has been overshadowed by the legal troubles that followed it from the moment it was introduced as a knockoff “enhancement kit” for the original Pac-Man.

The decades-old saga finally ended in 2020, when Bandai Namco reached a settlement with AtGames, a company that bought the rights to Ms. Pac-Man from creators GCC in 2019. But royalties are the core of why, throughout the years, Ms. Pac-Man has been missing from Pac-Man games or rebranded into other characters like Pac-Marie or Pepper. At least much more often than her husband, who is pretty much always Pac-Man.

It’s disappointing — I wish we had more years of Ms. Pac-Man. Especially since she was one of the first characters that drew women to gaming.

“Advertising flyers of the period depict only women playing the game, which reflected a broader acknowledgment of female participation in video gaming,” write history bloggers The History Bandits in a post describing how Ms. Pac-Man changed gaming for women. “Ms. Pac-Man today is viewed as the historical catalyst in attracting women to a traditionally male-dominated hobby.”

Ms. Pac-Man’s critical role in women’s video game history is well documented, and although it’s largely because Ms. Pac-Man allowed women to identify themselves with a character at a time where there were no other options, she’s also just a good character in a good game.

At least, I think so. I know this is debated (“she’s literally named Ms. Pac-Man,” screams the Tumblr feminist in my head), but hear me out. Ms. Pac-Man is a nuclear family wife — a homemaker with the occasional task of eating fruit and avoiding ghosts — but the original advertisements declaring her to be “the woman of the year” and “more than Pac-Man with a bow” never made this her sole focus. They also never belittled it or minimized the importance of these traditionally “feminine” roles.

In Ms. Pac-Man, womanhood wasn’t a joke or a gimmick. It was just there, just the way it is in me and other players, celebrated with sweet screens of Ms. Pac-Man sharing a kiss with her husband followed by Ms. Pac-Man eating enemies whole.

So even 40 years later, Ms. Pac-Man is a sparky reminder of where women in video games have gone and where they still might go — ideally, beyond wives and sexy murderers since it isn’t 1982, and women now get to be picky about representation. But the odd kiss and a pretzel won’t hurt us, either.