Get your Shine on!

Fifteen years to the day, Super Mario Sunshine released to critical acclaim on August 26, 2002 (July 19 in Japan). For the first time in series history, and thankfully last, several cutscenes were fully voiced acted. Mario himself didn’t speak at length, but Princess Peach, Bowser, and the newly introduced Bowser Jr. all did.

A follow to the revolutionary Super Mario 64, Sunshine brought Mario to the beautiful Delfino Island, the best hub world the series has seen including the best theme. Not just the hub, but the whole game was was decorated as a getaway paradise. Super Mario 64‘s Castle and the Galaxy games space theme were fine if standard, but Sunshine just eats their lunch in the personality department.

The gameplay was also incredibly engaging, with the creative new F.L.U.D.D. pack which Mario can fill with water to do all sorts of tricks from hover, rocket blast up into the air, jet around on the ground at breakneck speed, propel himself around ropes, and so on.

Yoshi makes his 3D debut as a usable assistant (was in 64 almost as an Easter egg and not mountable). On top of merely eating enemies and flutter jumping, Yoshi had a fun mechanic where you feed him different foods (mostly fruit) that change his color and thus ability. 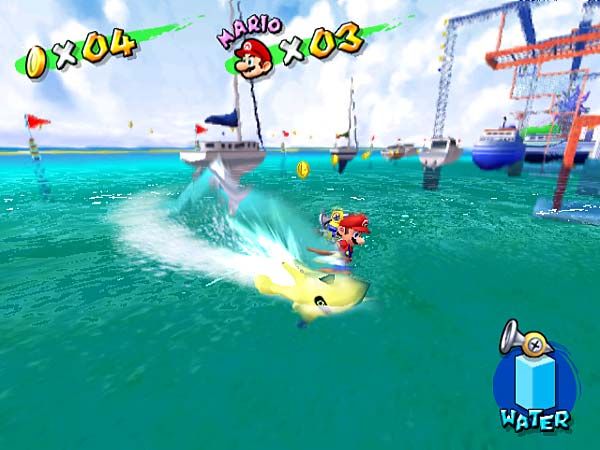 The game is considered one of the hardest Mario games, up there with the real Super Mario Bros. 2, though. It’s not as bad as everyone makes it out to be though. The sand bird and cleaning up the shadow manta at Hotel Delfino aren’t as difficult as you remember.

The worst part of the game is a red coin challenge where you must steer a raft with your F.L.U.D.D. It is hard to steer and the raft breaks easily, failing you. The worst part is that it’s a long arduous process to even ge to the challenge, having to ride Yoshi on a couple different boat routes without falling in the water. If you game over you have to do it all over again, so stock up on lives beforehand!

Most of the complaints you’ll see are directed at the camera and controls, incidentally the weakest arguments anyone can make against a game (and ultimately reveals that person doesn’t have any real critiques to offer). Especially a game that has both a “center-camera-behind-Mario” function mapped to L and a C-Stick that moves the camera around like in any modern third-person game.

It’s apparent when you watch people play on YouTube and such. Those who enjoy the game are the same ones who use the C-Stick and L button and happen to play very well. Those that don’t enjoy it hardly make an effort to operate the camera and then use it as the scapegoat when looking for a legitimate complaint. 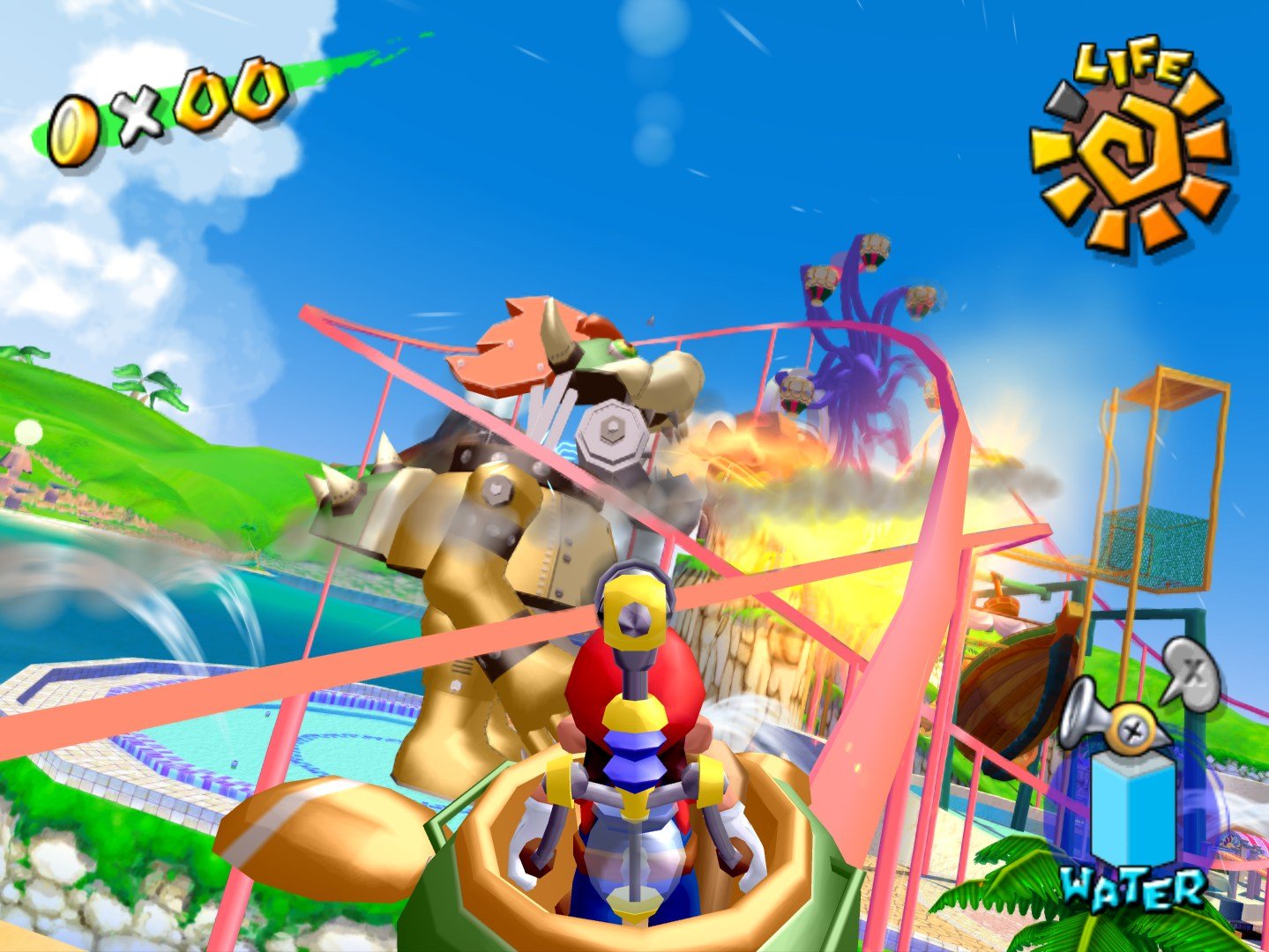 Of course the you can end up with unfavorable views from time to time even when you can use a controller, but it’s not any worse or more often than Mario 64 or any 3D platformer without fixed camera angles.

The Galaxy games are the ones off-putting if any; I would rather not shake a double-dildo controller at my screen while upside-down half the game with nauseating gravity mechanics. They are fantastic games but I doubt I will ever replay them for those reasons. I also prefer not having to 100% the game twice to get a final stage.

Any-who, this is Sunshine‘s birthday, not Galaxy’s. This is one of those games that radiates joy, a game that slaps you and shouts into a megaphone in your ear that it’s time to have fun. It was the best 3D Mario title all the way up until Super Mario 3D World decided to be one of the best games since the turn of the century. And now it is even serving as inspiration for the highly anticipated Mario Odyssey.