Here. Knock back an Estus while I tell you about my time with an early closed network beta testing build of Dark Souls II. Oh, wait. I drank them all.

Well, watch your back while you listen in then.

I happily settled in as the very first person to nab a gameplay seat in a test room at Namco Bandai’s Tokyo offices yesterday. Seated and ready, I jumped into a build of Dark Souls II‘s closed network beta test — an early build of one that the publisher plans to launch fully this October. And, as you can imagine, I died many times. As you know, that’s just how this works. 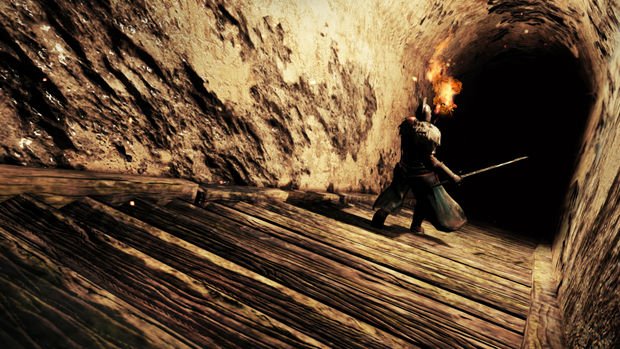 And it really does work about the same as Dark Souls did. The controls are the same, the look is mostly the same, and you still feel the same kind of shame when marching blindly into a dark room. Game director Yui Tanimura told us that you won’t find a difference in Dark Souls II‘s difficulty — it should be almost the same. He said that they were more focused on player experience and how they sense achievement.

Of the six available classes for this beta, I picked the sorcerer over the soldier, warrior, temple knight, hunter, or dual swordsman. I knew that being able to attack from afar would have me looking best for the roving cameramen at the event. Tanimura told us later that the sorcerer would be his top choice for beginners.

The Huntman’s Corpse area had me marching into a dark cave or two and bumping into moaning undead bastards that liked to weigh me down as smarter, more lively enemies took advantage of the situation. Touching blood stains to see dumber players tumbling off ledges or being too hasty had me feeling a bit cocky. Maybe it was luck, but it looked as if I might be progressing faster than others were in the same room.

But then I fell into a dark pit where I was quickly ganged up on. “You Died.” 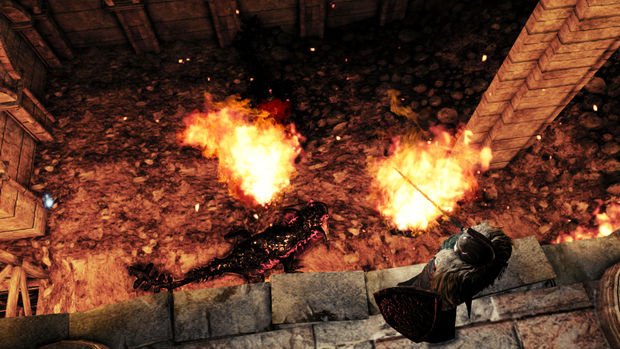 Both blood stains and blood messaging carry over from Dark Souls, though they see a few new changes. Messaging happens directly from a gameplay menu now. You used to have to use items, but now you can simply select an option from a menu with no worries about items or slot usage. Because Dark Souls II is server based, finding messages on the ground will be more frequent, says Namco Bandai.

Even with my frequent deaths, I still had a cocky undercurrent to my play during this session. A Namco Bandai staffer that watched over my shoulder seemed frustrated that I refused to light a torch in these dark caves. I tried to convey that I’d rather carefully stumble around in the dark with a shield in hand than compromise defense with a torch. After turning down his advice he looked satisfied when I died. And after 15 minutes or so of deaths my HP bar suffered, with the max cap hovering at about half of normal capacity. Popping a Human Effigy item built me back up, though. 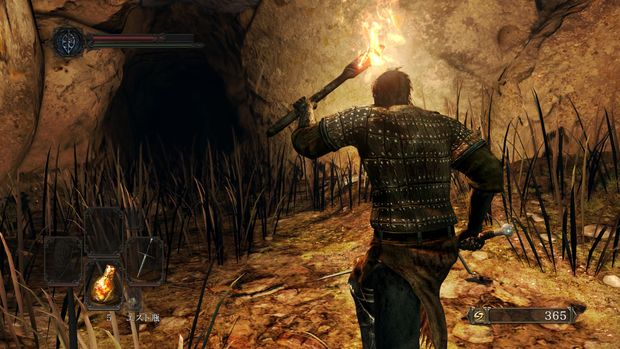 Dying consecutively as undead will lead to depletion of hit points in Dark Souls II. And if that wasn’t bad enough, your character’s appearance will begin to deteriorate as well, meaning that the more you die, the worse you look, with hair falling out among other things. Using this Human Effigy will have your character becoming living again now — a change over having to use Humanity in Dark Souls. These items can be found or purchased, says Namco Bandai.

Another change: you can be invaded even as undead. You’re no longer safe as undead; there’s no easy way out this time. If you are defeated by an invader your HP will decrease. 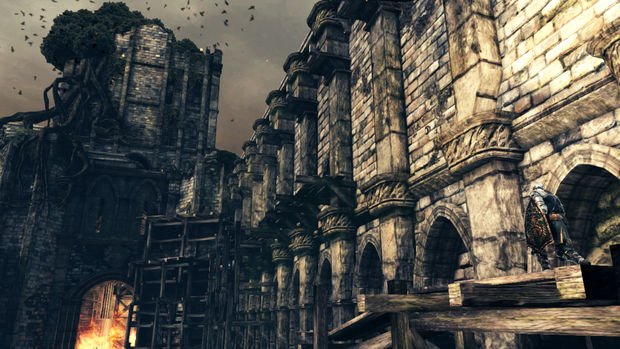 I wanted to use summoning for some help in this mutiplayer beta session, but it never worked out. Maybe everyone else was also busy dying. If it would have worked out I would have seen that items White Sign Soapstone and Small White Sign Soapstone have durations assigned to them, meaning that summoned help will only last so long. And as you’d probably guess, the small soapstone will give you a bit less than than the normal one for summoned help. 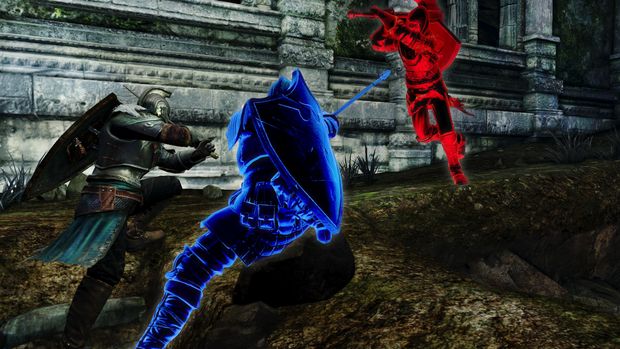 It didn’t work out for me during my time, but some of the pre-rolled characters in our session were members of covenants. Namco Bandai explained that those that are part of the Way of Blue covenant will be protected from invasions. This was implemented for players that would rather not have to deal with being invaded. Poor new players would be given a hard time by more seasoned invaders.

What’s neat is that, on the other side, players can also opt to be a Blue Sentinel, a group that is called in to protect others from invasions. How it works is that those that are part of the Way of Blue covenant will automatically summon Blue Sentinels during an invasion threat. Players will be able to choose which side of the equation they’ll figure in on.

Namco Bandai hinted that there will be Dark Spirit counterparts to these covenants. I’d imagine that players on this side will be doing the invading.

I got pretty wrapped up in digging around to see what was new, taking for granted that Dark Souls II looks and feels exactly as you’d expect it to. That’s a great thing. They’ve tweaked the formula a bit underneath the hood to make the overall experience a bit better, but it’s still that dark, lovely, brutal experience we love at its core. That wonderful mix of challenge and satisfaction is still here. There are plenty more questions we want answered, but know for now that Dark Souls II is probably going to make series fans pretty happy.