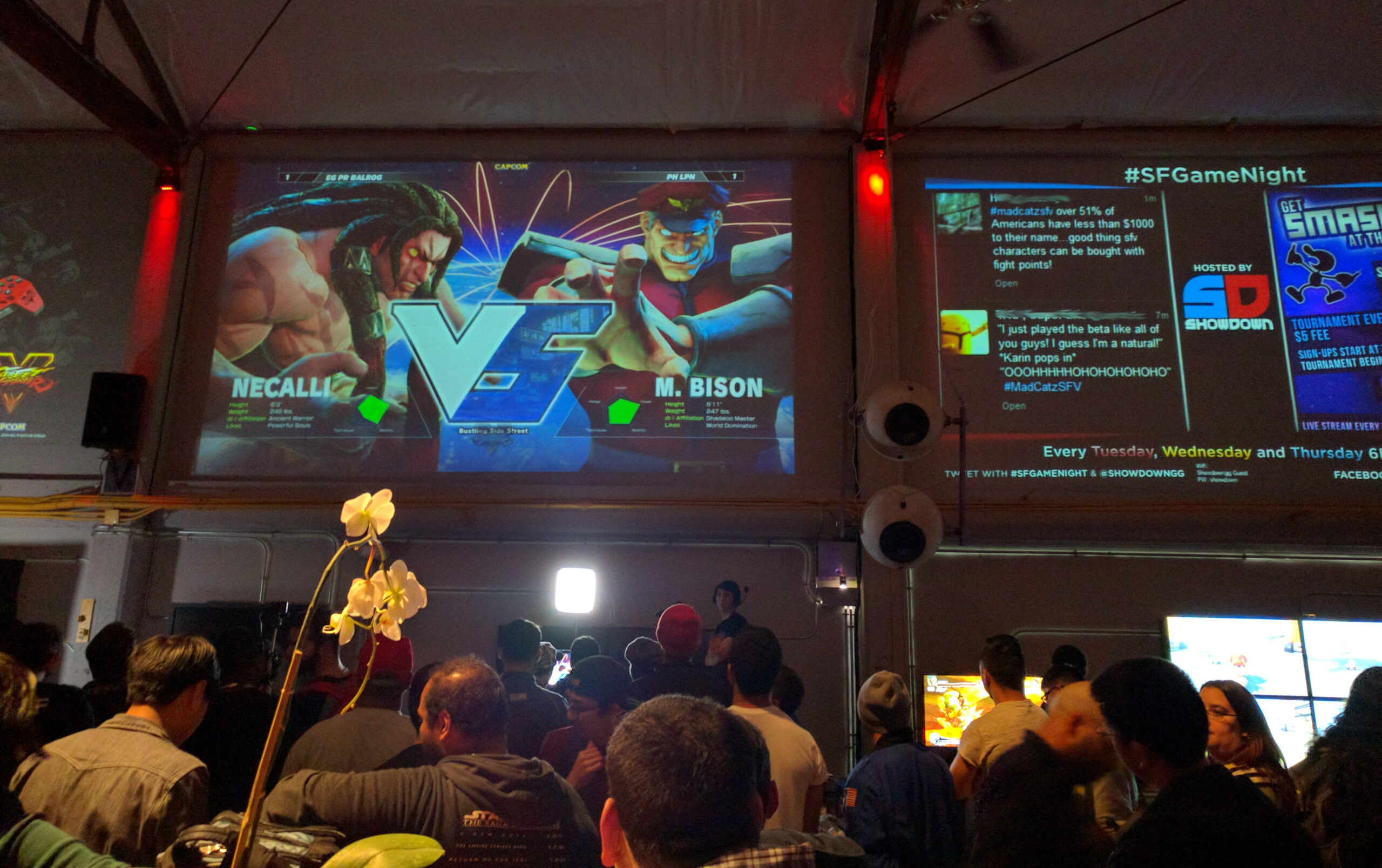 I was also there, full of chicken burrito and jasmine boba-milk tea, because, well, I don’t know, a friend suggested we go because there was no cover charge at the venue (it’s usually $5) for the tournament.

After passing the clutch of Rock Banders holed up towards the entrance belting out shitty Paramore songs, I made it into the open, warehouse-style bar and made my way towards the back half stuffed with folks watching the Mad Catz V Cup. It was something. PR Balrog was there, sans Balrog (he’s an impending DLC character), which reminded me of how much my friend kicked my ass with Dudley when we played a bunch of Street Fighter III: Third Strike last week.

A player named Filipino Champ squared off against another called PH LPN, and I was confused.

It was then I turned my attention to the second wall-hugging projector where attendees could #engage with the event using the hashtag #madcatzsfv. Unfortunately, the fucking fascists that run “SF Game Night” Wednesday-Thursday nights still have me blocked from when I last attended about a year ago, so my tweets wouldn’t show up in the feed.

But while I waited in vain for my messages to go through, I started noticing some interesting sentiments being expressed by fans in attendance. 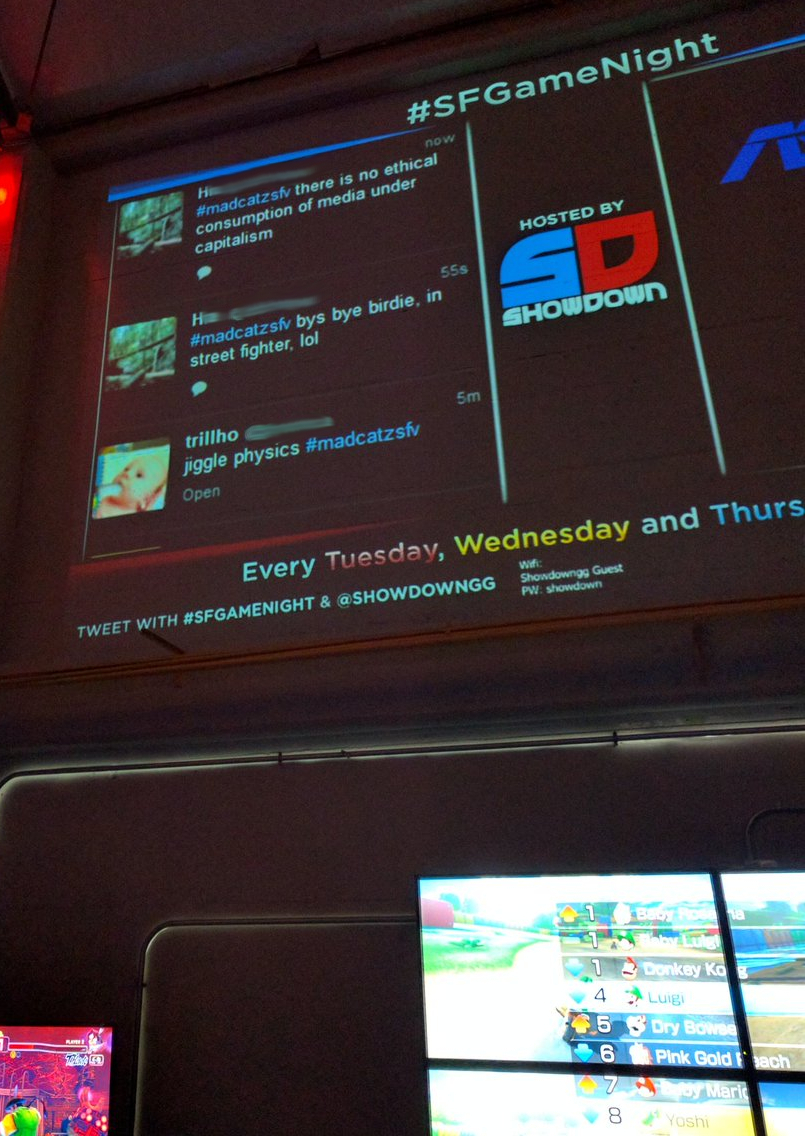 It was some real, “Your ideas are intriguing to me and I would like to subscribe to your newsletter” stuff. 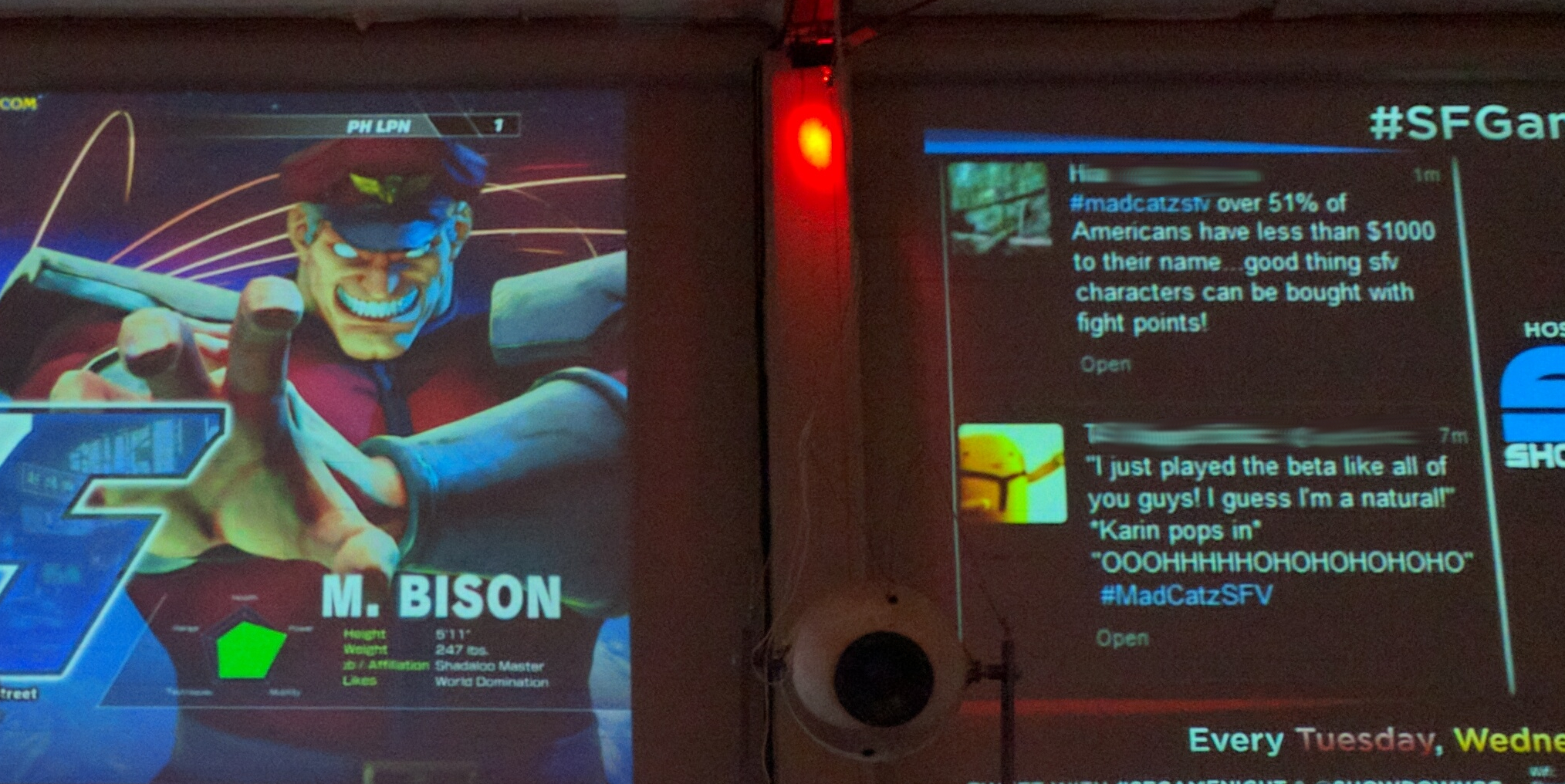 When we ran into two other friends we’d planned to meet there, we all decided to leave to go to “a real bar.” It had a very nice breakfast stout that was much better than both of the $10 specialty cocktails I tried at the tournament place.