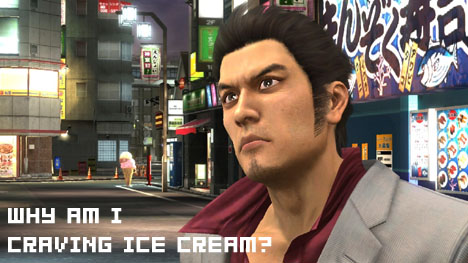 You know we’ve been all hot and bothered lately for the maybe-not-coming-here Sega PS3 game Yakuza 3. The demo was just released on the Japanese PlayStation Network, so we pulled it down and gave it a spin.

As a fan of the first two games, we had pretty high hopes for the PS3 debut for the series. But we went in knowing that almost nothing changed between the first two other than the story and setting. Would the third game just be a graphical upgrade? And for series fans, would that be enough?

The first two Yakuza games didn’t get the best reception here when released. That’s surprising, because it has several similarities to the best-selling sandbox games we love so much. Of course, this game is set in Japan, and the game play is kind of shallow. Combined with lackluster sales, maybe these factors were just enough to hurt it. And maybe that’s why Sega has not announced Yakuza 3 for the US.

Sadly, the game play in this demo is just as shallow as it was in the last two games. You’ll run around town, run into some baddies, and then beat them down with two and three button combos. Punch, punch, kick. Punch, punch, kick, kick. In the demo, they’re the same moves from Yakuza and Yakuza 2. Not much here is new. For series fans, that means you can jump right in. For those that are new–well, they’re not going to be impressed. It does seem like do have better control of where you’re looking when you’re fighting, at least. For me, I just keep spamming the same moves over and over, hoping to get the fight over with and get back to exploring.

Ah, exploring. Just like the last two games, Yakuza 3 does a fantastic job of making you feel like you’re in Japan. You can freely roam around, and in many ways, this aspect is more entertaining than the fighting. You can pop into a konbini and grab an ItoEn tea and a pervy magazine.  Then head over to Club Sega and get your game on. Check out the sights, stop in for a burger, buy miscellany at Don Quixote and much more. The thrill here is that brands, sights, logos and more are the real thing in Yakuza 3, making the experience that much more authentic. 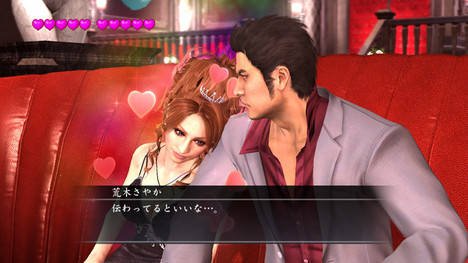 Don’t mess this up!

Should you be feeling lonely, you can make your way into a hostess club and flirt with any of the lovely ladies there. Be prepared to shell out some big money on these girls, as they seem to get pretty pouty when you buy the cheap stuff. When they flirt, you have to flirt back with the correct responses to advance your relationship. If you say or do the wrong thing, you’ll find the night cut short, and you’ll be lonely again. Say the right thing, and hearts are flying…literally.

The graphics are a mixed bag, though. While definitely an upgrade from the first two PS2 games, there’s still something missing here. Maybe it’s the consistency; some scenes look amazing, while others seem to be scaled-up assets from the first two games. Thinking back, the first two games had a similar problem with visual consistency, though now the problem is much more apparent. The lighting and settings are very nice, overall. The whole demo takes place in the evening, and you really get that feel of running around these stores at night in the game. Despite some random blurry textures, Sega has done a fine job of setting the stage and pulling you into their world.

The demo lets you explore at your leisure, and gives you plenty of starting cash to eat, drink, and flirt to your heart’s content. But there’s not much else going on. The demo ends with surprise brawl with some mysterious English-speaking, Aviator-sunglasses-wearing foreigners backing you into a corner. In this case you do what you always do: grab a bicycle and beat the shit out of them!

Sure, not much has changed, but this demo reminds us of how fun the first two games were. If you’re not expecting anything groundbreaking, you’ll have a good time. For me, this is a definite import.

Warning: We do have to say that like the past two games, this demo is fairly text heavy. Sure, you could skip it all and still get by, but you won’t have any idea of whta’s going on. Oh, and the cute girls at the hostess club won’t be into you at all, round eye. 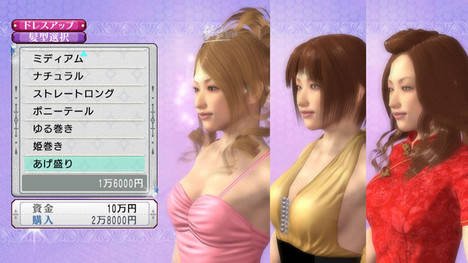