If there’s one misconception that I hate about portable gaming, it’s that both gamers and developers (some, not all) feel that a game made for a handheld should have the same bells and whistles of a console game. Not only that, but a handheld game needs to be just as long as a console game, with missions lasting upwards of thirty minutes which then end with a ten minute cinematic.

Well, that is certainly not the case with Unit 13, Zipper Interactive’s first venture onto the PlayStation Vita. Coming from the guys that created SOCOM, Unit 13 is a third-person tactical shooter that was designed around being played on a portable system, and because of that, it’s damn fun to play. 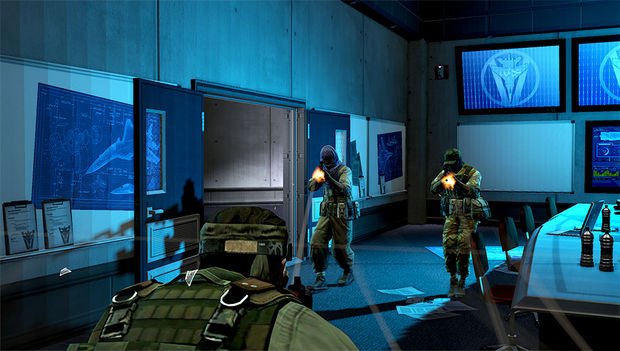 Simply put, there’s no real story in Unit 13; well, aside from the brief background each unique mission offers, but other than that, it’s just you, your gun, and the target. While some may think this is lazy developing and script-writing, it’s actually not. With Unit 13, you don’t have to worry about learning each character’s background, or why you are where you are. There’s no history to learn, and odds are, if you’re playing a portable game, it’s in between classes, lunch breaks, or while on the bowl. Unit 13‘s 10 to 15 minute mission structure will be perfect for anyone fitting any one of those categories.

Another great aspect about the lack of story and structure is that Unit 13 allows players to unlock any mission as they see fit. So, when you’re perusing around the mission grid, you don’t have to go numerically down the line. Think mission 23 sounds fun? Boot it up. It’s all free-roam here — not gameplay-wise, of course. 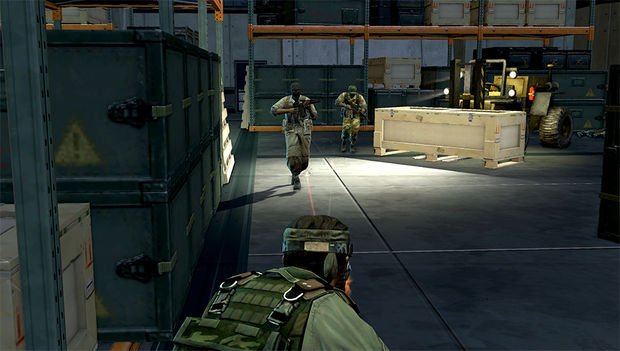 There are four mission-types to pick from in Unit 13: Deadline, which gives you three minutes to complete each objective. Elite, which is for hardcore players who don’t care for health-regeneration. Dynamic, which constantly changes where missions and enemies pop up. And then there’s Direct Action, the balls-to-the-walls style mission.

When you’re ready to play Unit 13 and hop into a mission, you’re gonna need a character to play with, and here you have your choice of six, each with their own unique specialties. A particular character can specialize in say, demolition, or have increased accuracy, or be very competent with gadgets. Some will even gain more experience points in certain missions when compared to another character. Again, it all depends on who is ideal for what situation. As you use each soldier, they will start to rank up, and within the 10-level cap you will also increase your attributes. Overall, there’s quite a bit to take in here.

Zipper plans on keeping Unit 13 fresh everyday — and they mean everyday. Each day, a new daily challenge will be active in Unit 13‘s online suite, and these are unique missions you’ve yet to see in the main offering, with varied objectives and enemy placement. You also only get one chance to do each mission, and once you get your score at the end, that’s it. It will get posted to the online leaderboard where you can compare your stats and time to both your friends and players worldwide. 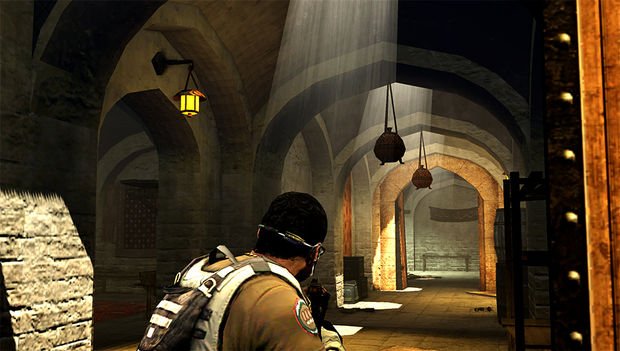 If you don’t like going into battle alone, Unit 13 offers co-operative play over 3G and Wi-Fi. Friends can also share HVTs, or High Value Targets, which are special missions where, of course, a high value target must be taken out. There are multiple throughout the game, and if a friend of yours unlocks one before you, he can share it with you and give you a finite amount of time in which to take the HVT down. It not only offers a ton of replayability, but the chance to brag against your friends.

Unit 13 is one of the few handheld titles I’ve seen that acts like a handheld title. From the bite-sized mission structure to the new, unique daily challenges, it offers exactly what a portable game should: quick bits of satisfying gameplay. The dual-analog controls work exceptionally well, and while there are some touch-controls, they don’t feel tacked-on, nor do you need to use them. If you plan on getting a Vita, this is definitely one you should look out for.