Of the launch titles that will accompany the PlayStation Vita’s release, Sega’s Virtua Tennis 4 is one that many of you should keep your eye on, whether you’re a sports fan or not. Utilizing nearly every aspect of the Vita’s specs, Virtua Tennis 4 is quite frankly the complete package. Everything from the Vita’s graphical power to its gyro sensor and accelerometer are used here, and to full potential.

Sega hopes that they can offer a seamless port from Virtua Tennis 4’s console brethren to the sleek, new Sony device. After my brief time with it, I’d have to say that Sega is stepping in the right direction. 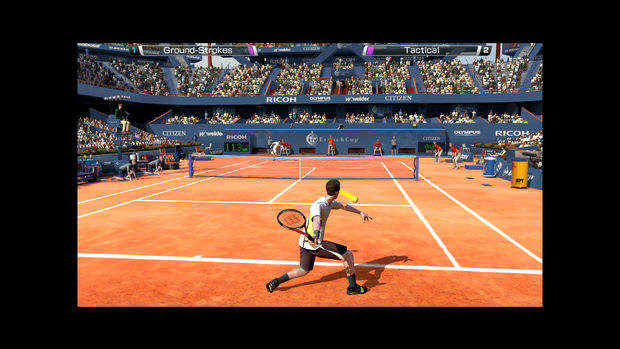 Off the bat, Virtua Tennis 4 on the Vita looks amazing — the players’ facial animations are unlike anything I’ve seen on a handheld. What’s better is that I didn’t notice any graphical hitches during my playtime, and even during an intense back-and-forth set, I didn’t experience any stuttering.

Gameplay works in two ways: the traditional button interface and the Vita’s touchscreen, both of which offer intuitive and fluid experiences. The traditional aspect works as it should, with the analog stick or directional pad moving your player and each face button inducing a different swing. On the other hand, the touchscreen controls take some getting used to, but as mentioned before, it too offers a seamless experience.

Touching an area on the court will highlight it and move your player there, which differs from the instinctive notion of sliding your thumb across the screen for movement and takes getting used to. Sliding your thumb instead is used to hit the incoming ball, with each motion shelling out either a lob, backhand, or forehand swing. Once you get the timing of each tap of the screen, you’ll end up playing as fluently as if you were using tactile buttons. Each flick of the thumb feels natural too, with a flick forward triggering a hard swing and a flick down triggering a lob. 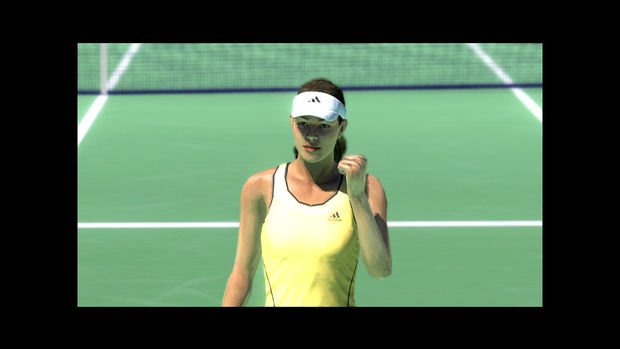 Two-player mode was on offer during my playtime as well — a top-down, Pong-style game on a single screen, in which players on each end of the Vita tap their way to glory. It sounds awkward, but this simplistic style works and ends up being just as intense as a regular match. Online mode will be available in the final product as well, featuring the traditional game of tennis, though Sega was unable to talk about it at the time.

The most interesting of the port’s features was the ability to play a match in first-person view, utilizing the Vita’s gyro sensor, accelerometer, and left analog stick to navigate the course. The right face buttons are used to hit the ball; when used in unison, the entire mode surprisingly works very well, albeit a bit disorienting in the beginning. As you move the Vita around, your in-game view will change accordingly — you can look at the clouds above by aiming the Vita at the sky, if you wish. I never would’ve thought there could be a first-person tennis game, but it appears I was proven wrong.

Not much else was revealed about Virtua Tennis 4 on the Vita, but from this brief demo, I am sure it will be a hit with fans of the series. Be on the lookout for this one as we near the PlayStation Vita’s launch.