Return to the survival horror

Last month, Capcom announced the release of Resident Evil: Revelations for consoles and PC. Originally playable on the Nintendo 3DS, Capcom saw Revelations as a return to the series’ roots, and taking a step back from the action of the later RE games, in favor of more horror gameplay and resource management.

Resident Evil fans responded quite favorably to Revelations, and in many eyes, it is seen as a more faithful and truer survivor horror experience. However, because of its release on the 3DS, many fans without the handheld had to opt out. But after the divisive reception RE6 received, Capcom figured it was the best time to see what more gamers thought of Revelations. 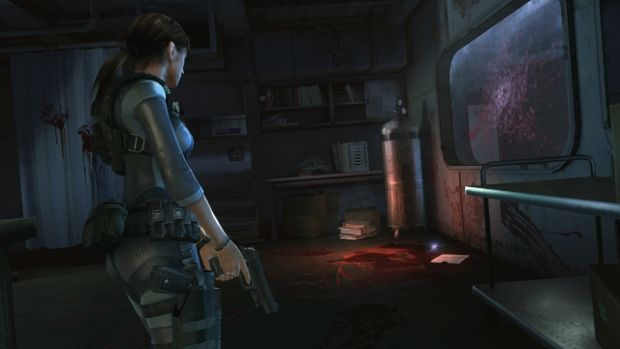 For the uninitiated, Resident Evil: Revelations takes place between RE4 and RE5. During the investigation of a viral outbreak in the Mediterranean sea, Jill Valentine, Chris Redfield, and other characters fresh to the series encounter a new threat in the form of bio terrorist group Il Vetro. With Jill and her new partner Parker Luciani trapped on the cruise ship SS Zenobia, and Chris investigating traces of the group around the world, both characters must put to stop to Il Vetro and uncover how the outbreak truly began.

With its release on other platforms, the developers were able to take advantage of the increased performance and controls of the consoles and PC to enhance Revelations. For starters, the visuals have received a noticeable upgrade from its 3DS original. Revelations has now been retextured with greater quality assets, using models and textures from the CG cutscenes, which has spruced up the game‘s visuals and performance. Pictures alone do not do this game justice, it runs very well when it’s right before your eyes. 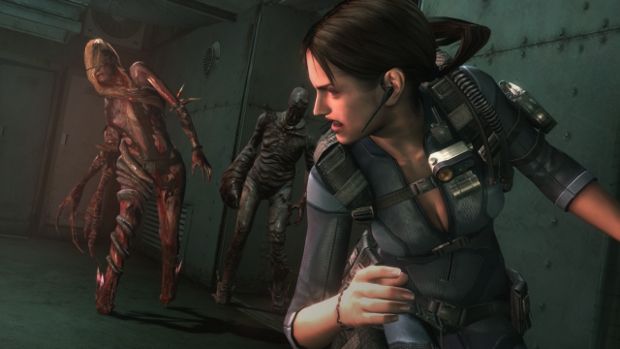 With the 3DS’s limitations out the window for this re-release, it now runs at a silky smooth frame rate and the technical performance never lets up during the action. I was quite impressed with how much a looker the game is now. While the 3DS version was impressive in its own right, this re-release sees quite a jump in the visual department. Unfortunately, those pesky in-game loading spots from the original version — when opening doorways to new areas and riding in elevators — still rear their ugly head. Though despite this, the performance of the game is still very solid throughout.

Control wise, Revelations proved to be a natural fit for standard controllers. As one of many who played the original game without the usage of a circle pad pro, I felt a weight was lifted after spending some time with the newer version. The controls felt smooth and the aiming felt natural and sharp. Moreover, Revelations features both “classic” style controls, reminiscent of RE4, and “shooter” style which allows free movement with the left stick and aiming/camera control with the right. 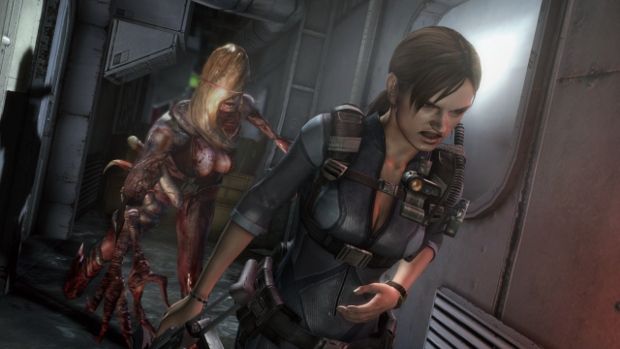 For obvious reasons, the new release have seen an alteration of key features from the 3DS release. The street pass and local play feature have been removed in favor of the traditional online play and matchmaking for the other platforms. Moreover, Capcom will incorporate Revelations into RE6’s RE.net, so players can keep track of stats and take part in events run by friends and from Capcom themselves.

While the other releases have removed the touch based features in favor of more traditional controls, the Wii U version retains them for usage on the GamePad. The screen will display not only in-game information, such as inventory and map data, but will also come into play during puzzles sections. So in a way, the Wii U release feels like a more natural expansion of the 3DS original. 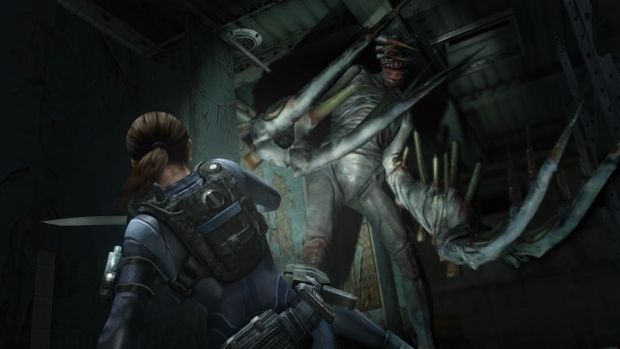 For returning players, Capcom has gone on the offensive by introducing brand new content to keep veterans interested and engaged. For starters, new weapons, upgrades, and a new hulking B.O.W are there for players to find. Also, fan favorite character Hunk makes a return as an unlockable character in the Raid mode. Finally, Capcom introduces the ultimate challenge for Revelations with a brand new difficulty known as Infernal mode, which is unlocked after the completion of Hell mode (the highest setting in the 3DS release).

Infernal mode ups the ante by introducing the element of randomization to Revelations. For both the campaign and raid modes; enemy placement, equipment, and ammo pickups are entirely randomized. With Revelations’ core gameplay already knee deep in its resource management, this mode will no doubt bring a great level of challenge, and likely frustration, to veterans. 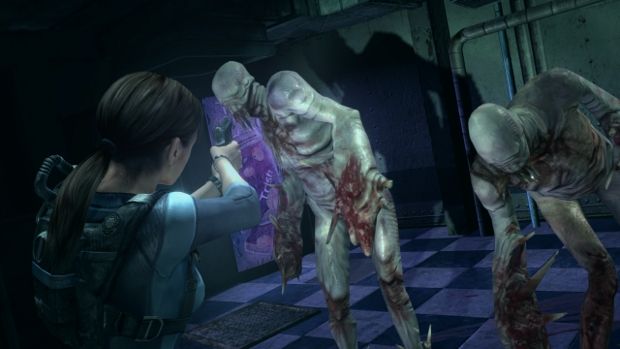 Though some people are quick to accuse this game as being a cash in, it should be noted that Capcom has gone the extra mile to please fans by sprucing up the visuals and controls, while at the same time offering a welcome set of new content for players to get their hands on.

Though you shouldn’t expect this to be in the vein of 2002’s Resident Evil remake, I myself still came away quite impressed with this updated version of Revelations, and if there are any fans who couldn’t give the game a shot on the 3DS, then now is certainly the time to do so.