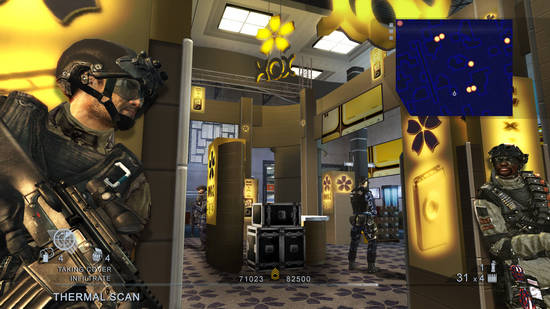 As promised, here is my hands-on coverage of the single player campaign for Rainbow Six: Vegas 2. Before I go into details, let me just tell you that I both love and hate the single player portion of RS:V2. Now I realize that makes little to no sense, but due to the fact that I can’t really elaborate on it yet, you’re just going to have to bear with me until next week. I can at least say that the co-op in Vegas 2 is the selling point to me.

Until then, hit the jump for my impressions of the single player campaign. 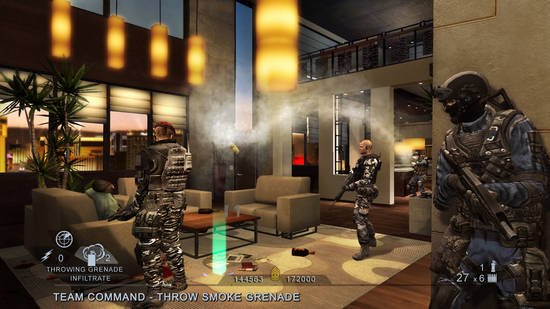 In Vegas 2, you play as Bishop who has total control over his two squad mates, Jung Park and Michael Walter. Bishop is completely customizable from what the sex is, to what race he is and to what clothes and gear he wears. And of course you still have the ability to slap your own face on Bishop on the Xbox 360 and now the PS3 and PC versions of the game (I am so totally going to make Bishop a female and have my face on the body).

Jung and Michael are great examples of how an A.I. ally in a game should be. They’re a lot more human and you have full control over all their actions unlike in the last Vegas game. They know when to take cover and they can perform more actions this time around such as throwing grenades where ever you tell them to throw it. They will also mimic your clothing choices too. So if you decide to put on the Marine cammies, they will automatically match what you’re wearing. Jung and Michael will also implement “leapfrogging” tactics while on missions. Leapfrogging is where while one person moves forward, the other person will cover the rear.

With smarter allies come smarter enemies. They know to take cover and to find better cover if they get hit. They also know that they can still attack you if you decide to hide behind weak objects like a crate as bullets can now penetrate weak surfaces. Enemies will also have access to a lot of the same gear you use such as laser sights, thermal/night vision goggles and Ballistic Shields. Simply throwing a smoke grenade into a room won’t keep you safe anymore. 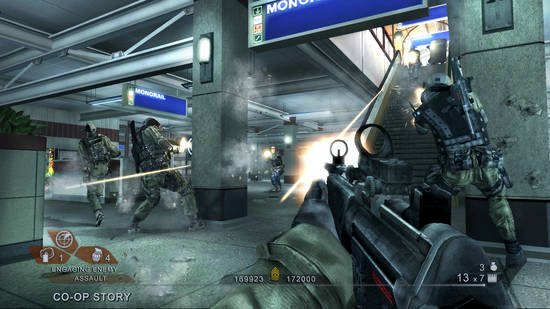 It’s a bigger challenge this time around, but as long as you have a plan and take full advantage of your teammates, then you should be OK. The simplicity still remains as well when controlling your squad. That’s been one of the key selling points for me in Ubisoft’s squad based games.

There might be some of you who can’t help but feel that Vegas 2 seems like an expansion pack. Aside from a few new gameplay mechanics, such as the ability to sprint, it does all still feel the same. That’s not really a bad thing though as the original was great.

One key thing that will help differentiate 2 from 1 is that the game will take place all over Vegas now. Instead of just being in casinos all the time, you’ll be able to explore the rest of Vegas such as night clubs, a library, the monorail, and the convention center where an E3 like event is taking place. They seemed to be influenced heavily by the TV show CSI as the show usually takes place all over Vegas.

There’s also the new P.E.C and A.C.E.S system that really separates the game from it’s predecessor. I explained it in my multiplayer hands-on, but in case you missed it, these two systems will reward players based on their behavior in the game. So for instance, if you take out a target from a far with a pistol enough times, the game will unlock a more powerful sniper rifle for you and your team to use. If you like to take players out close range, than a new type of shotgun is unlocked. Basically, the way you play determines what you unlock.

Overall, I think Rainbow Six fans will really enjoy Vegas 2. Vegas 2 will be out March 18th for the PS3, Xbox 360 and PC. Stay tuned for my final hands-on of the new co-op system.