The Lord of the Rings Online: Riders of Rohan continues to follow the epic story of the fellowship as they make their way towards Mordor. This new expansion adds the area of Rohan, a land filled with badasses on horses. Players will get a chance to be one such badass with the introduction of mounted combat to LOTRO.

It’s more than just being able to cast spells on a horse, however. This system brings all new mechanics to the game that emphasize speed and mobility. 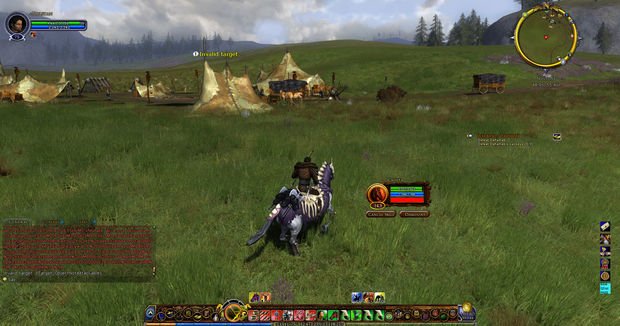 When level 75 players get to the new area of Rohan, they will be given a War-Steed, a combat mount that can only be used in this area. War-Steeds will be available in light, medium, and heavy types. Light steeds are faster with less health points; heavy steeds do more damage but move slower; and medium ones are a mix of both worlds.

Once a player is on the new combat mount, the skills and abilities available become completely different. Like I said earlier, it’s not just being on a horse and casting spells. Players will have a whole new set of available skills. These can be further altered by selecting one of three stances: Red Dawn, Riddermark, or Rohirrim. Red Dawn focuses on greater damage, Riddermark is all about crowd control, and Rohirrim is a defensive stance. A player who normally might be a healer could do some tanking by selecting the right mount and stance.

There are some talent trees available for each mount type as well, allowing players to spend points to gain new abilities. These abilities all have normal effects, and some have bonuses if the player is in a certain stance. This allows players to further customize their playstyle.

You will be able to customize how your steed looks, too. There are a lot of options for the head, saddle, legs, and just about everything else on the horse; players can unlock new options by completing quests. And all of this stuff can be dyed as well. The steed I was running around on had on some sweet-looking bone armor, for example. 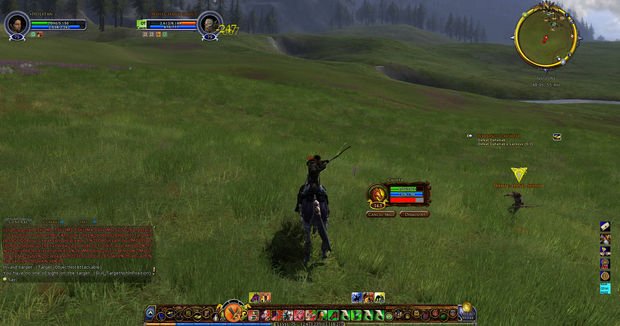 Mounted combat is all about momentum. Rather than holding down “w” to move forward, players hit it to start moving forward. If the key is hit again, the horse will speed up; there are four speeds altogether. Hitting “s” will slow the speed down, and double tapping it will make the horse come to a complete stop.

The actual fighting is mostly about trying to ride around enemies that aren’t on horses, and trying to dismount the ones that are. It’s fast paced, and a lot of fun. Little tweaks — like being able to cast a spell while out of range, and then having it happen as soon as you are close enough — make the gameplay feel fluid. When a character is on a War-steed, they don’t have to stop; just keep riding forward and killing anything that stands in your way.

The land mass is larger than anything else currently in LOTRO. This allows for plenty of room for running around and killing orcs — and don’t worry, it’s not all empty space. Roving Warbands of orcs and wargs will be around to provide something to fight, and players can pick up quests to complete while moving. Loot is also automatically picked up after killing an enemy. Horse warriors don’t have time to stop and pick over dead bodies!

The mounted combat is enjoyable, and it it really resonates with the setting of Rohan and of being a mounted warrior. But there is more than just mounted combat in Riders of Rohan. Players will get to walk around Fangorn Forest and other new areas, the level cap has been raised to level 85, there are over 400 new quests, and the story of the Fellowship continues onward.

The base version of Lord of the Rings Online: Riders of Rohan is available for pre-order now for $39.99. If you want some bonus content, you can optionally grab the Heroic or Legendary editions.

Filed under... #Expansions#Lord of the Rings