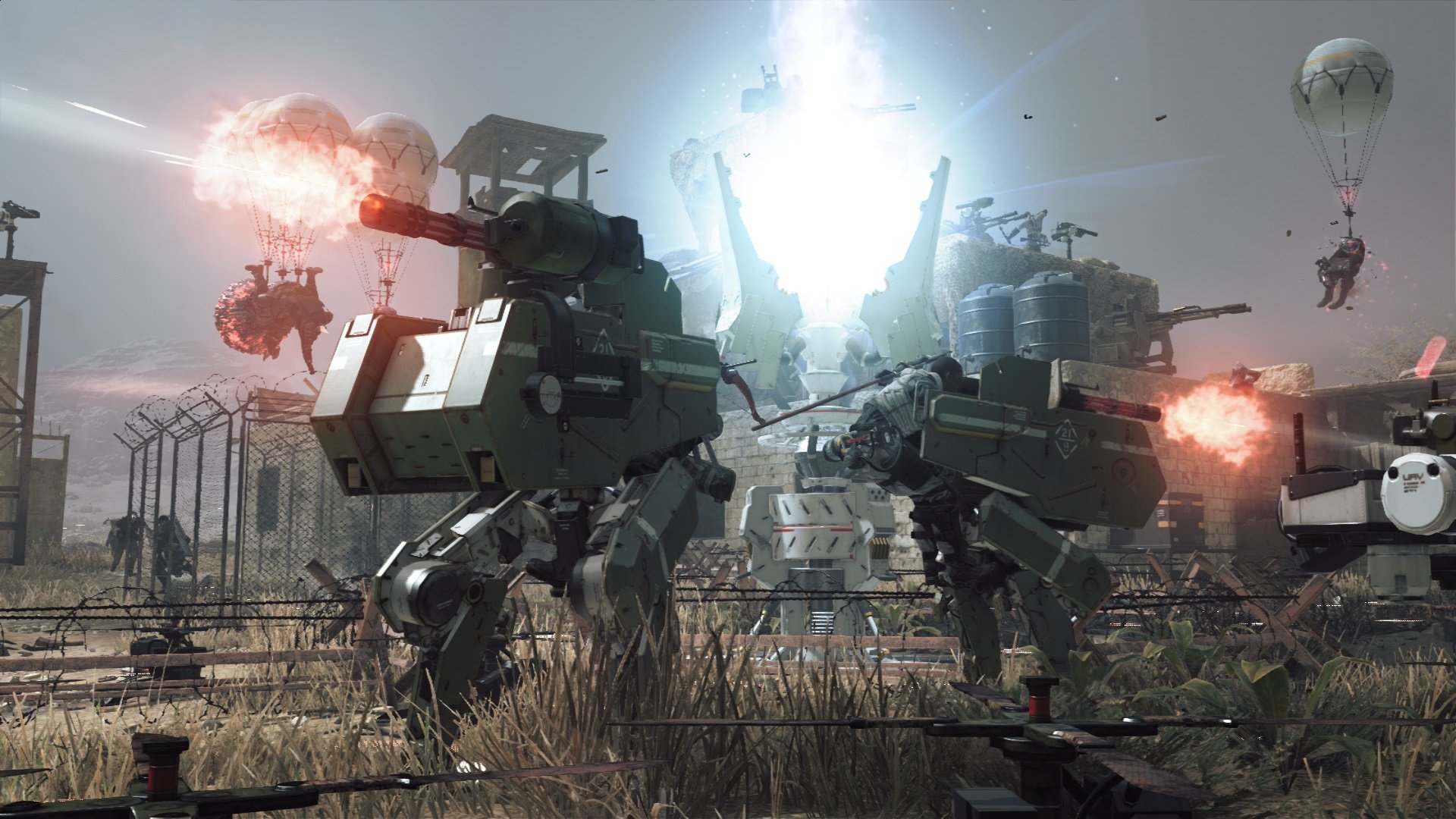 Konami’s attempt, in its post-Hideo Kojima future, to squeeze a little more blood out of everything the Metal Gear Solid V: The Phantom Pain team built is frustrating. It’s not necessarily bad, but it does feel uncanny, just a little bit wrong, and a little more janky and stiff than its beautifully tuned predecessor. You couldn’t tell from the pre-demo presentation that talked about how proud Konami was to, “bring the survival genre into this brand.”

Nobody asked for a Metal Gear Solid survival game with co-op, and my initial fear that this was Horde mode padded out with stealth isn’t even sufficient because I did stealth for about 30 seconds in a 30-minute demo.

To run it back, Metal Gear Survive is a “survival action” game set after Metal Gear Solid V: Ground Zeroes. A wormhole opened up, swallowing the surviving Militaires Sans Frontières soldiers and sending them to an alternate reality that looks like a mangled version of The Phantom Pain. It does have a single-player campaign, notably not directed by Kojima, but Konami isn’t talking much about the single-player and only had us try out the multiplayer. At the end of a successful run, a wormhole opens up and drops a bunch of cardboard boxes filled with loot, which is used for your single-player campaign. The goal is to “scavenge for resources, craft items, and ultimately find your way back home.”

In Survive, you’re playing as a custom-built character, but we had four prebaked ones to choose from for the co-op demo. I went with a shaved-head woman who came equipped with an assault rifle, bow and arrow, and electric baton. One thing I’d find out quickly: melee weapons are a huge part of Survive, because I ran out of ammo during the first of three enemy waves (this was specifically truncated for E3).

All four teammates start out in a blank, white room with infinite ammo and friendly-fire off (shooting your friends during the real thing will hurt them). It basically plays like Phantom Pain, but without the robust CQC, at least for the time being. If you’re meleeing, you’re  meant to be doing it with giant polearms and the like. The main difference is that there are defense mechanisms (fences, guard towers, fire traps, etc.) mapped to L1 and R1 that you’ll want to place in the world when you enter the defense stage.

Once we all had a handle on what we were doing, we stood in a circle and started the mission. The first objective was to “infiltrate” the only significant structure nearby and set up a generator, which we’d then have to protect for three rounds. Infiltration, at least in this demo, took the form of shooting two zombified enemies with my bow (and retrieving the arrows — ammo is scarce); I’m not sure what my team was up to, but after that we were already in. White arrows lined the ground of the facility showing where enemy waves were going to be funneled toward us, so we threw up traps and fences there, making a point to save some for subsequent rounds.

A “side-mission” popped up between waves one and two, which required me to leave our fortified position to a spot where two more mutants were hanging around. I clubbed them to death and found something I interacted with, which spawned an ammo box back at our base. Aside from the ammo squeeze and typical tower defense punctuated by new enemy types, Survive has things like stamina restriction, hunger and thirsts, and a bunch of numbers-based stuff that didn’t seem to impact this condensed demo.

We hung around all three waves, S-ranked it, and I ended up the top-scoring member of our team, but the whole thing felt lifeless, even with two Walker Gears stomping around in the last round. It’s like someone ran The Phantom Pain through the clunky, grind-heavy Let it Die. And it just makes me want to play the former instead. Or Metal Gear Online. Maybe the full game will do some interesting things, but this taste doesn’t have me optimistic.