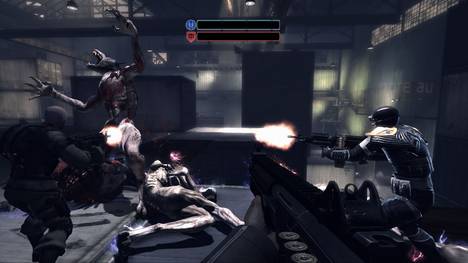 Yes, we’ve previewed the Hell out of Legendary here at Destructoid. The game is hitting the home stretch as it’s set to release later this month and there’s only one thing left that needed to be shown off before the game comes out.

Like any decent FPS game, Legendary has a multiplayer mode and I got a taste of it earlier this week. Unlike most other FPS games, however, Spark is introducing an interesting aspect to the traditional versus mode, called Safari mode. 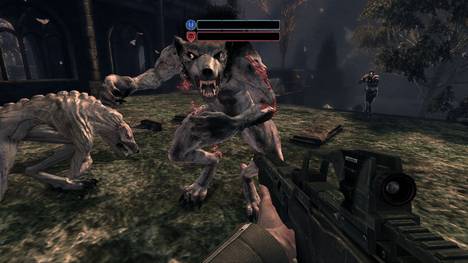 Players will pick their weapon load out before the start of a round and can change their weapons at the weapons locker placed by the respawn point. You’ll be able to pick up your enemies weapons after killing them and get weapons only found in the map such as the powerful Saw. 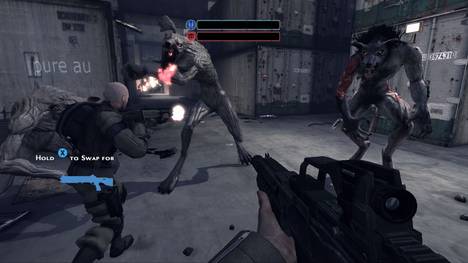 Sadly, that’s pretty much it. The multiplayer mode will only have this one gametype, four maps based on the main campaign levels, and not a whole lot else. The game will also support up to eight players and all of the character models look similar, making it hard to tell who’s who.

The team really wanted to focus on creating a really good gametype and if the game does well, expect some DLC to help add more depth to the multiplayer, such as more weapons and maps. And if the game does really well to the point that it warrants a sequel, expect the possibility of playable werewolves in the next game.

For more info on Legendary, check out our past previews and the official Legendary Web site. Legendary will be out September 30th for the Xbox 360, PS3 and PC.