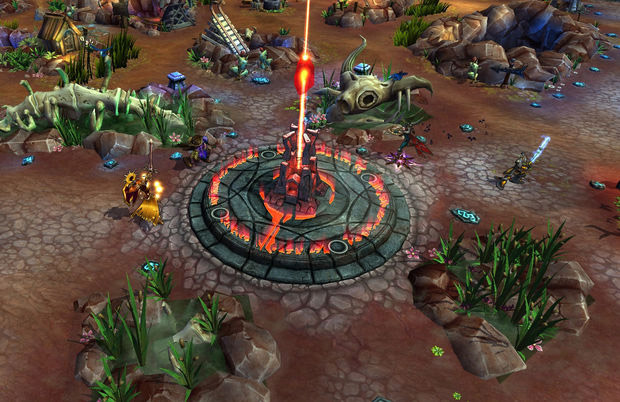 This year at PAX Prime, Riot Games had its own booth, and what a booth it was. They were showing off the new game mode for League of Legends, “Dominion,” on a humongous screen, while shoutcasting matches to all who stopped by to watch. Perhaps a sign of how popular this game is becoming, navigating the area around the booth was quite ridiculous. At some points during the convention, the area around the booth had to be closed off due to blocked traffic.

Luckily, I was able to get some hands-on time with League of Legends: Dominion as part of a 5v5 match along with Dtoid community member Pangloss. While my team didn’t win the match — largely due to me sucking — I did walk away with an impression of this game and asked seasoned player Pangloss what he thought about it.

League of Legends: Dominion is a completely different experience than the current game and introduces the new map, Crystal Scar. In this map, there are five capture points arranged in a circle that each team must control in order to do damage to the other team’s Nexus. Damage can only be done if your team controls more capture points than the other team, and the amount of damage done is tied to the number of points controlled in excess.

When the match starts, every champion on the team has a good amount of gold to start buying items as well as beginning at level three. Because of this, the early laning phase that is crucial in classic League of Legends is practically non-existant. Within a couple of minutes of beginning the match, my Tristana had most of the skills necessary to start skirmishing with the other team’s champions. 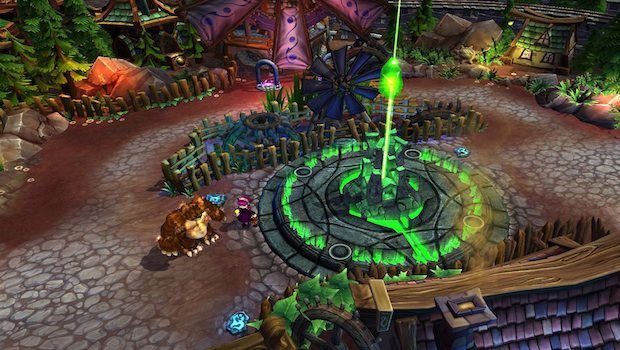 One thing that I noticed during my time was that this new gameplay mode seemed to invite a different strategy than is prevalent in Summoner’s Rift. Late-game play of League of Legends usually encourages teammates to work together as a large group to take out the opposing champions.

However, in “Dominion,” if your team sticks together, it makes it difficult to maintain control of all the capture points. In my playtime, our team was called out for sticking with the old strategy which led to us losing the match.

I asked Pangloss what his impression was after we played, and he said that he really enjoyed how this game mode leads straight to small skirmishes between champions. He believed that there are a couple of champions that currently suffer in Summoner’s Rift because they have problems farming, but in this new mode, those champions will probably be pretty powerful. Riot Games ensures on their site that all of your favorite champions will be useful and viable in this mode.