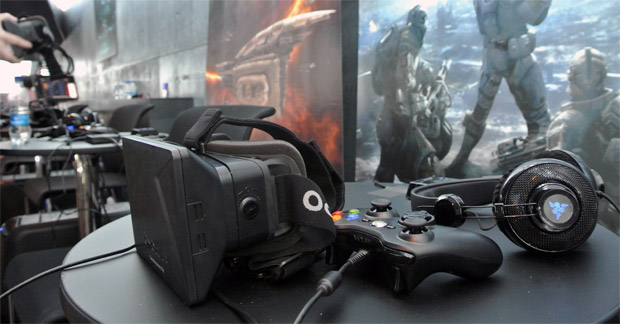 Corral them into an auditorium for an EVE keynote during Fanfest 2013, announce that a small internal team has developed a playable virtual-reality dogfighting game for the Oculus Rift, and then explain that a day-long tournament is going to take place.

Codenamed EVR — get it? — the game pits two teams of six against each other, in an arena littered with asteroids, the ruins of a cathedral, and the shattered husk of a Tempest warship. The set up is pretty bare-bones — kill the other team; stay alive — but the Oculus Rift execution is spot on.

Pilots have a full range of vision, and players who don’t take advantage of the virtual reality’s possibilities don’t last long in EVR. The small dogfighters we piloted were fast and maneuverable enough to sneak up on unsuspecting or unfocused players, and I spent plenty of time craned backwards in my seat, looking for enemy missiles.

As my demo handler put it: “If you’re only looking straight ahead, take the headset off and we’ll just give you a normal monitor.”

The neatest trick was a missile guidance system that tracked to the Oculus Rift headset: hold the right trigger (we were using Xbox 360 controllers) to pull up the missile reticule, using your head to lock-on to enemy fighters. Even though matches are only three minutes long, there’s a great internal rhythm to EVR: use lasers to close in on enemies, launch a volley of guided rockets, and veer off, hunting for the next target. 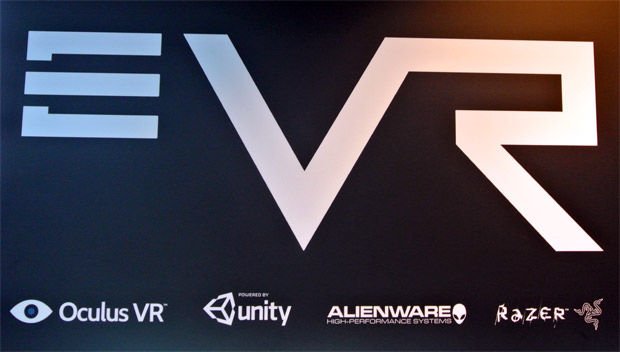 The bad news: CCP’s official line is that there are no plans to release EVR to the wider public. It was developed as a special event for Fanfest attendees — CCP is hosting a day-long demo session tomorrow — and this might be the only time it’s available to play.

Still, as a proof-of-concept or prototype, EVR is a strong showing. Not to disparage the bedroom developers that are modding, hacking, coding, and figuring out how to trailblaze virtual-reality gaming, but EVR is the product of experienced developers, and it shows.

Even though the connection to EVE Online is purely cosmetic — it’s just a few art assets — the Fanfest community is clearly excited by the prospect of virtual-reality dogfighting. I’ve only played one match of EVR so far, but I can’t say I disagree with them.