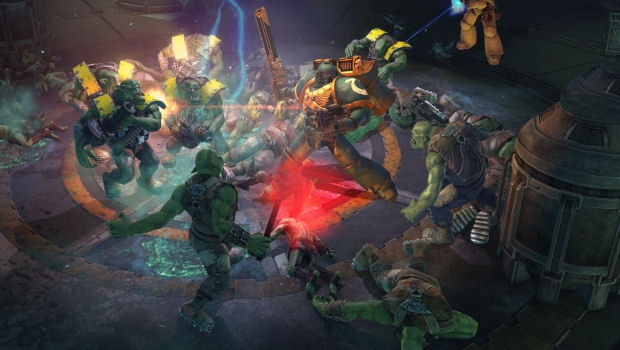 Last night, THQ announced a new co-op mode for Warhammer 40,000: Space Marine. Exterminatus pits a squad of four Space Marines against increasingly intense waves of screaming Orks on a variety of maps. It’s scheduled to arrive — for free — thirty days after the game launches, which is … strange, to say the least.

I got some hands-on time with Exterminatus ahead of Space Marine‘s launch. As a fan of both Warhammer 40,000 and wave-based co-op modes, it’s looking set to pretty much be my perfect thing! 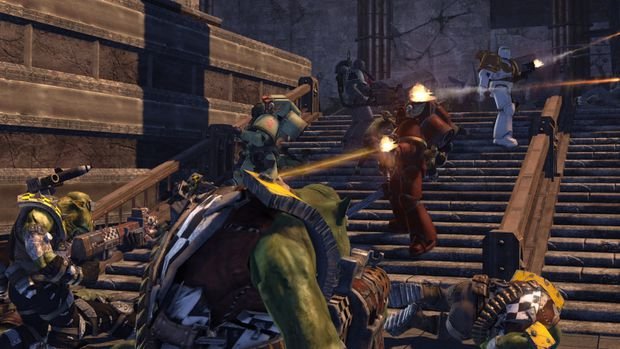 As you already know, Exterminatus is a four-player co-op mode featuring wave-based combat. Fans of such modes will already know the basics at play — each wave gets harder and harder until you either win or get brutally slaughtered. At its most difficult, Exterminatus will start throwing Chaos Space Marines (or regular Marines, if players are using Chaos) at the team, and trust me when I say that those guys do not go down easy.

The three classes from the competitive multiplayer mode are present, along with any unlocked perks, weapons, and ranking. Players can choose the flexible Tactical class, the melee-based Assault class, or the brutally ranged Devastator (my personal favorite). As with versus mode, experience points are earned with kills and accomplishments, which level up the player and provide further character bonuses. 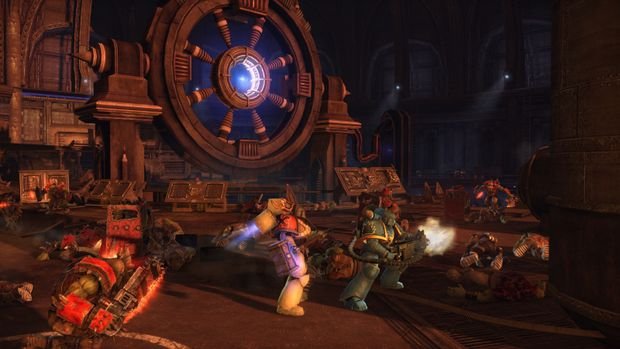 Unfortunately (and quite possibly thanks to the fact we were using developer kits), my online experience was rather laggy, but I was able to play enough to get a good feel of what Exterminatus was like, and I quite enjoyed it.

Rather than each player having a limited number of respawns, the entire team shares one pool of lives, and the game ends if everybody is down before a new one has been earned. After a certain score is reached, another life is earned. Points are earned with kills, but are also won by completing challenges that intermittently appear. These challenges include taking capture points on the map or scoring a certain amount of melee kills within a time limit. Despite their simplicity, some of these challenges can be tricky and the point bonuses are crucial, especially when lives are thin on the ground. 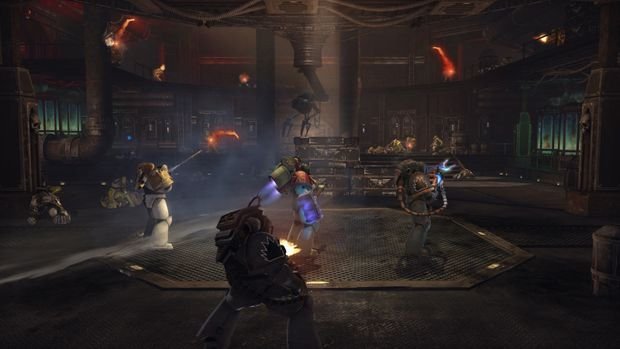 Although it’s not deep and engaging enough to sustain an entire game by itself, Exterminatus is perfect as an addition to a title that’s already looking satisfying. As I said, I adore wave-based challenge modes, and marrying the concept to Warhammer 40,000 is a terrific idea. The ability to take your multiplayer character, complete with weaponry and perks, is a nice addition, and the level of challenge presented feels just right.

It’s just a shame to me that the mode is, indeed, coming a month after launch. THQ must be confident that a lot of people will still be playing the game thirty days later, but I can’t say I share that assurance. I certainly hope they are, but I’m worried nobody will be around to play it when it finally appears. I guess we’ll have to wait and see on that count.

I shall certainly keep my fingers crossed, because I want to play Exterminatus some more.