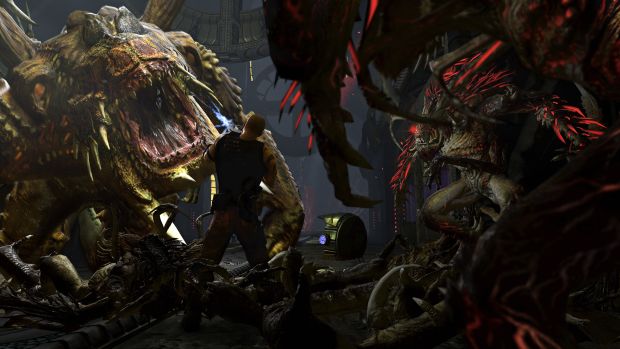 One week later and I still can’t stop thinking about Red Faction: Armageddon. Specifically, the new weapons are just awesome. The weapons like the Magnet gun are just perfect when combined with Red Faction’s destruction engine.

Aside from the wonderful new weapons, I also got a taste of Armageddon’s story, fought against the new alien creatures and got a feel for the new, structured linearity in missions. 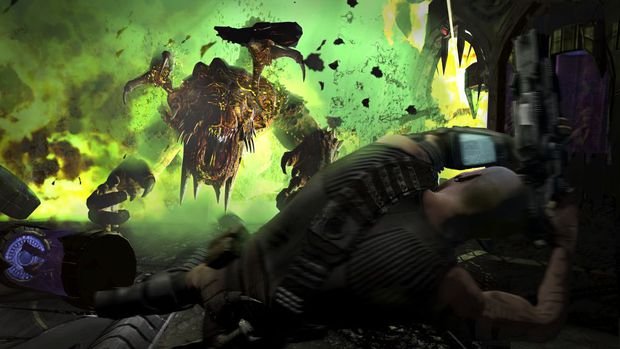 So let’s start with what I loved the most: the Magnet Gun. Think the Portal gun, except here you’re using the gun to pull shit into other shit. The first shot is the “Anchor” that holds the object that gets thrown into whatever you target with the second shot from the Magnet Gun. Buildings, enemies — whatever that can be moved normally can be targeted and sent away.

Next you have the Plasma Beam, which disintegrates whatever it hits. It’s a slow process, but somewhat satisfying as you systematically destroy a building shot after shot. For something that packs a bigger punch, you’ll want to use the Singularity Cannon. This gun shoots out a mini-black hole which sucks up everything in the target radius. 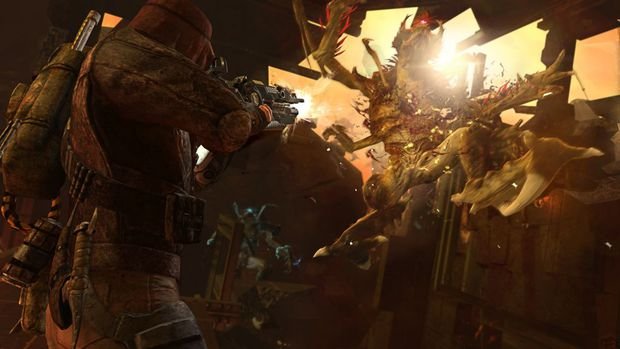 The tool you’ll probably end up using the most is the Nano-Forge. Anything that is destructible in Armageddon can be magically repaired with this weapon as it somehow rebuilds everything. Destroyed a wall? Point your Nano-Forge at it and it’ll come back every time. Very useful when you find yourself needing cover or if you need to repair an objective. The Nano-Forge will also have other attacks, inlcuding one where you can basically do a Force Push and knock enemies back.

There were plenty of more weapons to mess around with, but none really compared to the ones I just described. Note that you will be able to upgrade weapons, the Nano-Forge and your own abilities throughout the game as well

I got to mess around with all these new toys in a test level and once I was done with them, it was on to the first mission of Armageddon. You play as Darius Mason, grandson to Alec Mason from Red Faction: Guerrilla and in this level, you’re trying to stop the enemy from destroying a terraformer machine that gives Mars Earth-like atmosphere. 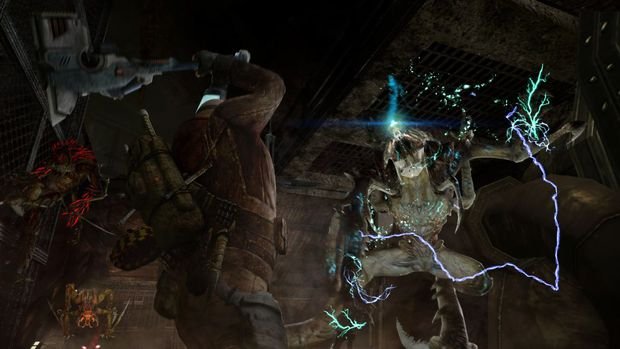 Unfortunately for Mason and his team, the terraformer is destroyed and the Mars people find themselves looking for shelter in the mines created by their ancestors. This leaves a very obvious question in my mind: Why can’t Mason just use his Nano-Forge to repair the terrraformer?

Anyway, the next two levels I saw had Mason going up against the various aliens that were destroying everything they came in contact with. The aliens come in all shapes and sizes, and each type have some unique attack style. Think the special zombies from Left 4 Dead but they all look like variations of the annoying bug creatures from Resident Evil 4.

After a little while, I made my way to a giant mech that featured a machine gun, target locating missiles and a dash attack. While I love mechs as much as the next guy, I didn’t really get that sense of power one would expect from piloting it. If the area I was in wasn’t overrun with bad guys, I would have just preferred to use my guns. 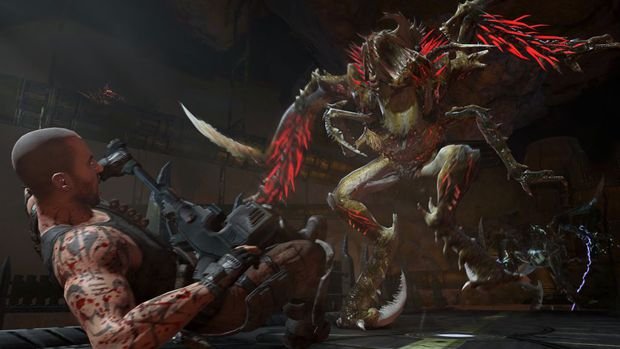 As a big fan of the first Red Faction, it was kind of a bummer that you couldn’t dig around in the tunnels like the original game. You’re playing through a majority of the game in mines so it would have been a pretty cool throwback. Volition wanted the focus be more on the story though and felt players would get constantly lost if they included the tunneling system.

THQ was only showing off the single-player and I’m still on the fence of whether I’m going to like Armageddon. I love the weapons, but everything else just wasn’t really grabbing my interest. I don’t want to make a final call on the game just yet as I still want to see what’s up with multiplayer, co-op and the “Horde-like” mode.