I was pretty much on the fence the last time I played Red Faction: Armageddon. My tune has all but changed with my latest playthrough, as I got to experience a lot more that the game has to offer. Plus, the new build was quite a bit more polished, especially in the visuals department.

It’s not entirely perfect, but all in all, I’m happier with what to expect come next month. 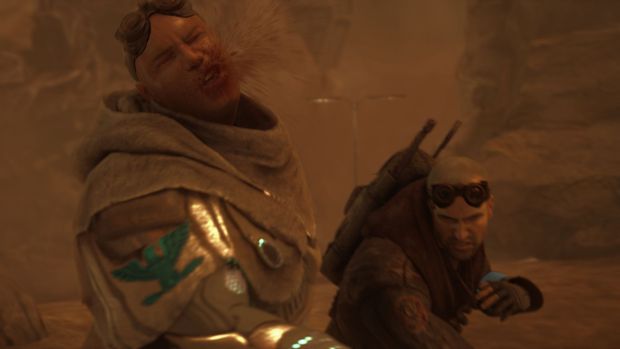 My demo with Armageddon began with main hero Darius Mason protecting a transport convoy on its way to Bastion, the last stronghold the colony of remaining Mars citizens has in its control. The alien bugs are rampaging all over the planet at this point, so the escort mission sees you fighting wave after wave of aliens.

Essentially all of the guns were playable and every gun is worthwhile to use. The best being the Magnet gun, which launches your target into another enemy or object. It’s a hilarious weapon, especially when you’re flinging giant boss-esque creatures like little toys. 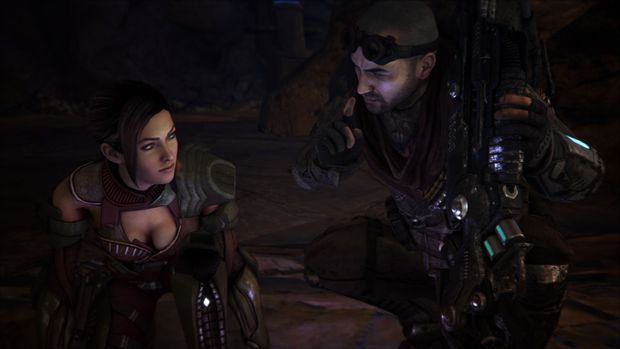 The Nano-Forge was fully open this time too, so I was able to use some offensive-style attacks on top of rebuilding damaged structures. “Impact” sends out a blast wave that either knocks back enemies or obliterates them. “Shockwave” will suspend enemies in the air for a period of time for some easy target practice. “Berserk” temporally overpowers all your weapons for double the damage. Last but not least is “Shell,” a protective bubble that reflects all attacks and devours enemies that try to go through the bubble.

All of your Nano-Forge attacks require a recharge time before you can use them again, but you can cut that time short with the upgrade system. Your abilities, weapons and more can all be upgraded — this is accomplished in the upgrade stations littered throughout levels.

Once you’ve reached the colony, you’ll be stuck on “bitch quests,” as I like to call them, where you have to repair sentry turrets and the water system for the city before you can move forward. These missions don’t really do anything for the main story and would be better suited as sidequests or just excluded completely. 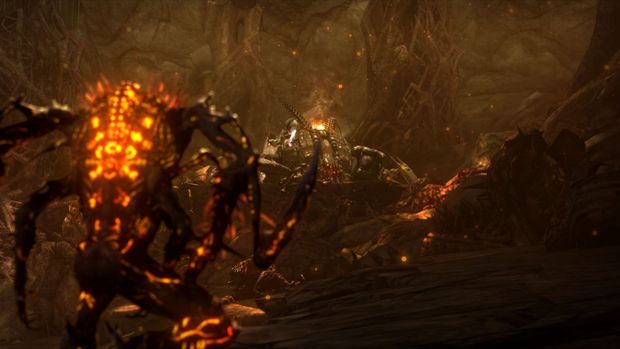 Eventually during these missions, your dark secret is revealed. You see, Mason was tricked into releasing the alien horde that’s plaguing the planet. Needless to say, the civilians in the city all hate your guts once they find out. They start to hunt you down through the level like idiots — idiots because there are aliens all around but they don’t care. That is, until their faces are getting gnawed off.

Shortly after this point, I made my way above ground where storms were tearing the world apart. You’re quickly apprehended by the Red Faction police as they believe you were responsible for the alien outbreak. On your way to prison, the Red Faction team is attacked by massive amounts of aliens and you have to save everyone’s asses.

With a little convincing (aka knocking out the person in charge of the Red Faction squad), Mason is set free and continues to help defend Mars against the aliens and Marauder’s responsible for making Mars’ surface uninhabitable, and the real group responsible for releasing the aliens. 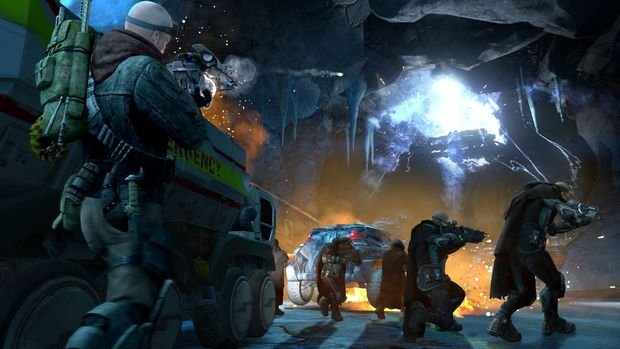 After killing so many aliens, it was a nice change of pace to go up against human enemies. My original playthrough saw me going through humans and aliens too, so it’s nice to see the theme continues later on in the game.

It was in this section that I got to pilot a new mech as well, a giant spider-like war machine that has a couple of powerful laser attacks. It’s pretty badass, and significantly more fun then the standard mech you get in the underground sections.

Overall, I think Red Faction: Armageddon has finally won me over. The story — aside from the lull moments I mentioned — is engaging and I just love all of the weapons. Still, it’s sad that there isn’t a traditional versus multiplayer again. The co-op and Infestation modes do make up for that exclusion, at least.