When XCOM: Enemy Unknown was revealed earlier this year, series fans seemed to get behind this re-imagining. Most of them, anyway. Change is scary — I get it.

Sure, there are some changes involved when updating a 20-year old title, and even more on top of that when you consider that the title is also coming to consoles. But as I saw in our first hands-on preview with the game, change can be good. 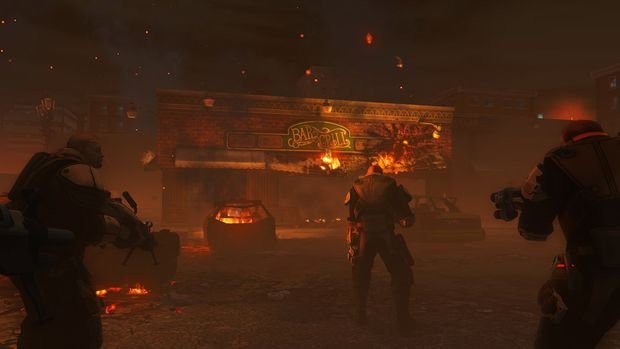 Aliens with unimaginable technology have begun invading Earth and abducting people. XCOM, a worldwide military organization created to protect the planet, are not about to stand idly by while these big-headed bastards walk all over their planet. They’ve been called in to respond to these invaders, but are not ready for the enemy has in store. Mind control is a bitch.

In XCOM: Enemy Unknown you’ll guide operatives through turn-based strategy gameplay, guiding them to victory (or death) in a three-quarter view of a diorama-like world. My time took me through the game’s first 30 minutes, which serves as a walkthrough tutorial of its systems and mechanics. Through this session I found that XCOM is really easy to get into, which isn’t something you’d normally say about a strategy game. Firaxis did a nice job of streamlining the movement and attack processes so that you can get right down to mowing down the little green guys. 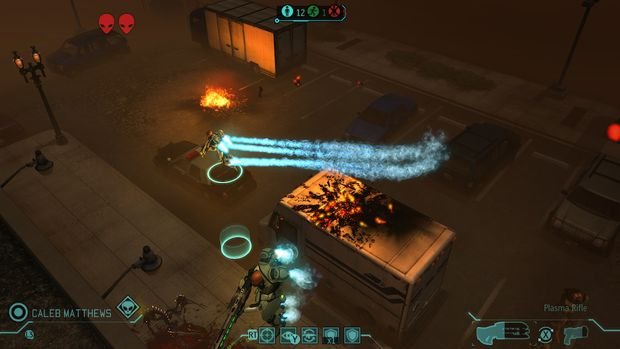 Though I demoed a PC build, I played it on an Xbox 360 controller, giving me the exact experience a console gamer would have with XCOM: Enemy Unknown. Movement is really simple: after selecting a unit to move, a clearly visible outline is displayed on the map to show movement range. To move, you’ll simply use the left analog stick to sort of drag your unit to one of any of the pre-determined locations you’d like. The units seemed to snap into place in the first playable map, with lines that showed a movement path. As far as turn-based strategy goes, movement really doesn’t get any easier.

Each unit has two moves per turn to use in any way you wish. After moving my squad members to the tutorial’s predetermined positions, making use of the game’s cover mechanic, I got to try out an actual attack. XCOM takes the action in close, pulling the player from that overhead three-quarter view and right into the fight, in something like a cutscene from a third-person view. Of course, while it may look like a shooter at this point, you’re really just viewing your turn’s attack phase, no aiming required. 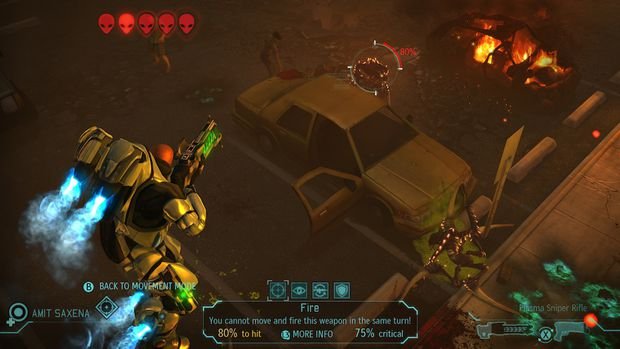 This first mission had my squad of four moving in to investigate what looked to be a fallen spacecraft. When we got there we found dead humans near the site. The mission transitioned into a fight when my squad moved into a nearby warehouse where it seems that an alien was held up. As we circled it, one of my squad was caught in a trap and was killed. I won’t ruin it for you, but that first mission doesn’t go too well.

Returning back to base HQ after this miserable first encounter we learn that this battle was only the beginning, and that XCOM has their work cut out for them. After a briefing I began recruiting new men and customizing their abilities for the next battle. This all took place in what looked to be a military ant farm, with a cross section of the base showing several rooms that can be zoomed into to enter. Later, as the game progresses, you’ll be able to add onto this “ant farm” with more rooms that serve more functions. 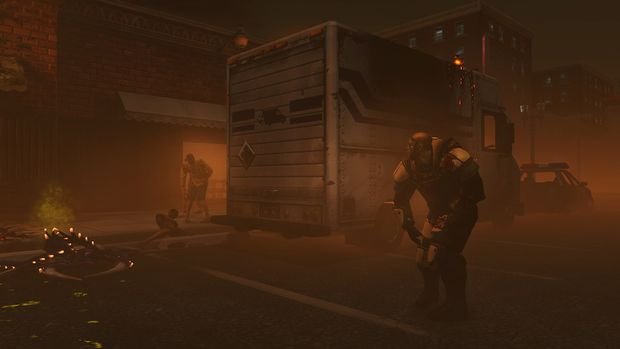 While XCOM has smaller squads, it seems there will be plenty of abilities to use to customize each unit, and even more weapons and technology beyond that to toy with. The options for customization were understandably limited for this demo, but a presentation after this session showed off several new abilities and weapons we can expect to see later in the game. We were teased with new armors that use alien technology, new alien weapons, and even psychic abilities borrowed from the enemy.

We were shown a mission much later in the game that followed a beta squad responding to a mission where things did not go well against the invaders. It gets worse for the XCOM side as this team’s scout gets his face ripped off by an attacker that jumps down from a rooftop, and another is forced to use a grenade on himself through alien mind control. 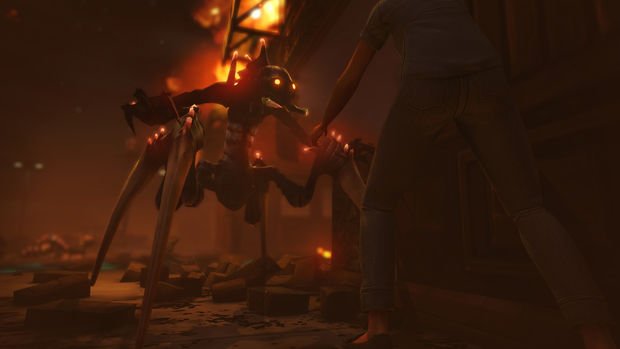 The tide turns when a special squad comes in to assist, armed with plasma weapons and gear that lets them tap into alien tech. One of the squad members has a jetpack that lets him fly, and a perk for his plasma sniper rifle that lets him get a second free shot if the first connects. Another has a suit that lets him use mind control on the enemy, and he uses it to force one alien use a grenade on itself. Even better, a ghost unit has crazy mobility with their light arm, and that same gear lets them become invisible to sneak up on enemies.

I’m glad I got to see this presentation after playing the game’s intro tutorial, as it showed me that there’s plenty of depth and complexity in store. Of course, there’s little reason to worry about a solid strategy backbone when you know the brilliant minds at Firaxis are at the helm. Those concerned that a console-friendly title would mean a dumbing down of the original formula should be pleased to hear that it looks like Enemy Unknown will ramp up to be satisfyingly deep, gamepad or no.