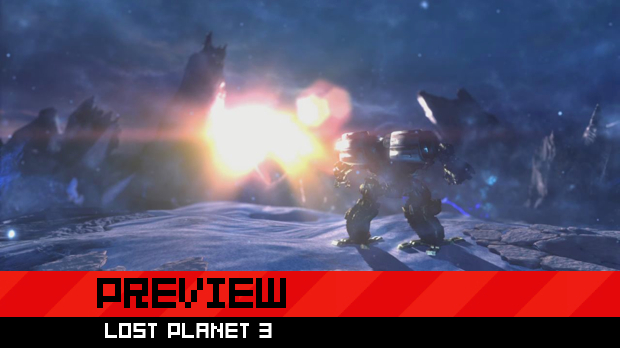 Remember that hands-off Lost Planet 3 reveal demonstration I saw last month? Capcom finally let me put my hands on it — that exact demo. It makes me wonder why they didn’t let me play it in the first place. Still, I was able to finally play through it last week, and as you’d imagine, I have a bit more to say about it. 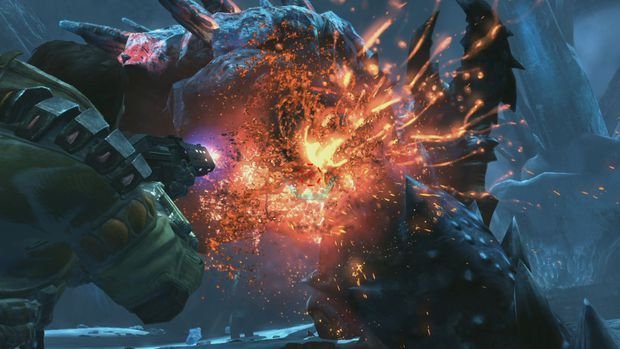 Just as in our earlier preview, this demo kicks off introducing Jim, a working-class guy that came to planet E.D.N. III to do some hard labor to earn cash for his wife and baby back home on Earth. He takes on a job that one of his colleagues wasn’t able to handle, insisting that he’ll get double pay for his troubles. His boss demands that he get going as soon as possible as they really need the T-energy at their installation, adding that there might be a another storm blowing in.

Jim’s first job works as a sort of training mission, with the game first taking you through the controls of the pilot-able robot rig, and later letting you loose on foot, braving the snow and alien beasts alone. From our first preview, I was worried that the first-person rig controls would be sluggish, but that’s not the case at all. In fact, it’s pretty fun to stomp about in this big bot and manipulate its claw and drill hands, with its sense of size and power really having you wanting to dig into enemies. It’s too bad that the rig froze up in one of E.D.N.’s many ice storms before I got the chance. 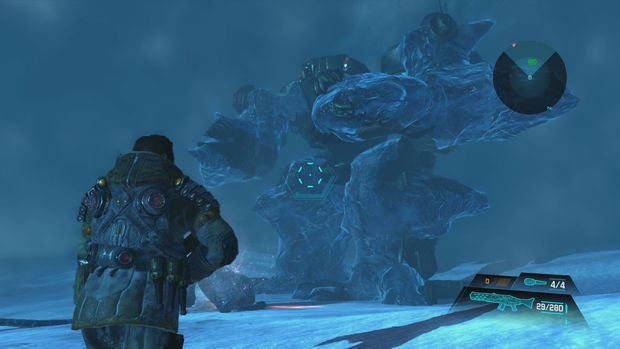 It seems silly that Jim has to hop out of this massive and powerful rig to defrost it, but the situation serves nicely as an introduction to on-foot, third-person combat. Being out in the open, alien monsters surround Jim, forcing him to take them on with his gun. Just like in other Lost Planet titles, weak spots glow brightly, so I aimed for these spots on the approaching feline-like attackers. Too slow. Or bad aim.

One of the monsters pins me down, initiating close range combat, where I had to fight back claws and jaws by mashing the action button, and then use the left analog stick to try to aim a knife attack to its face. It’s not as easy as it sounds, but after a few tries I killed one off, and then gunned down the others. Movement and aiming felt to be pretty much in line with that of the previous series titles, so no surprises here. 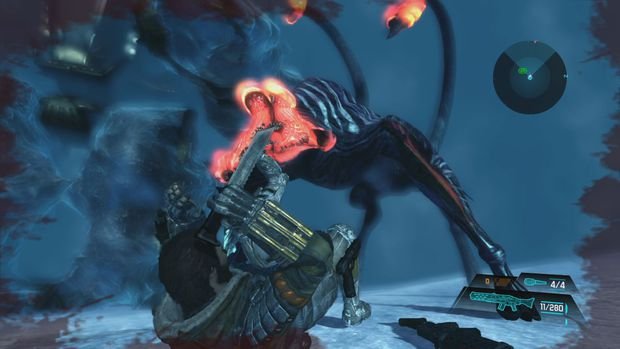 Back safely in the de-iced rig, a few more of the same beasts were laughably easy to dispose of. I was able to pick one up with my left-hand claw (left trigger) and then drill into it to have its guts splattering on the rig’s windshield. It was like payback for being pinned down earlier.

After moving farther toward the mission point, Jim is forced to exit the rig and go into caves on foot. From here, all radio communication is cut off, so it felt pretty lonely. A grappling hook let me climb and repel through the cave until I reached a clearing where a large, heavily armored crab-like creature came rumbling from the ground below. This sub-boss was a bitch to take down, as it was huge and constantly plowed toward me, forcing me to run at all times, never quite sure where it was behind me. It felt like the camera was working against me the whole time, but I eventually learned that quick dodge rolls would get it to strike me with a claw; when it missed, the creature plunged it into the ground and snow, opening up a short window of opportunity for attacks on its armored back. 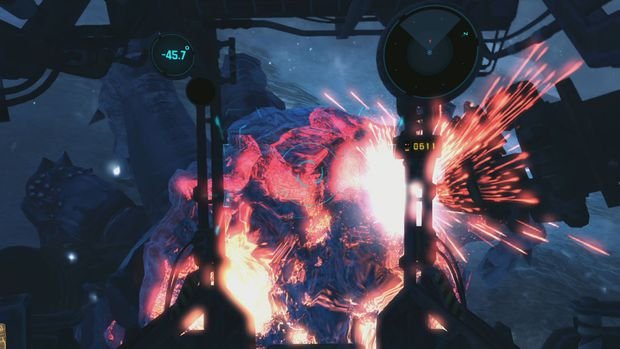 With this boss down and the mission accomplished, the demo took a survival-horror turn. Through the released heat of the T-energy, an abandoned base was uncovered, and wandering around in its dark corridors felt a lot like playing Dead Space. I found myself shooting at creepy crawly aliens with a shotgun, wishing I had plasma cutter instead.

After making my way through this maze-like space base (again, very Dead Space), I was able to get back to the open and into my rig. Of course, another huge crab thing shows up. This time I was able to rip off one of its crab claws, and later was able to hold it up by its stump and drill into its back to make easy work of it. And then, in a classic demo cliffhanger move, the ground rumbles and about eight more of these things appear. 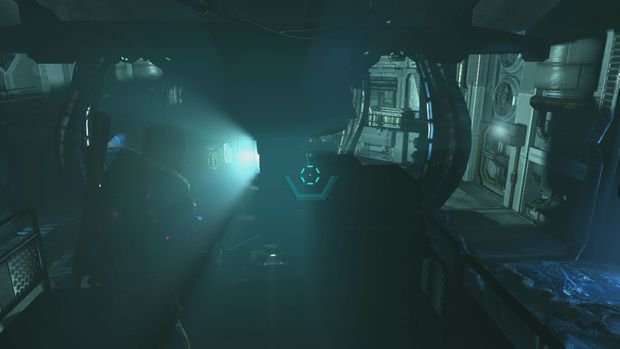 It’s hard to tell where Lost Planet 3 is at when compared to the last two games. I definitely appreciate the move towards stronger narrative, and I really like where these survival horror-type segments are going, but it’s not clear how much of either we’ll see based on this short demo. If nothing else, LP3 will provide a more varied experience than the prior titles, and that’s always a plus. For me, right now, I’m in, and that’s mostly because I like this big bearded Jim character, and I want to see what they’ll do with him.