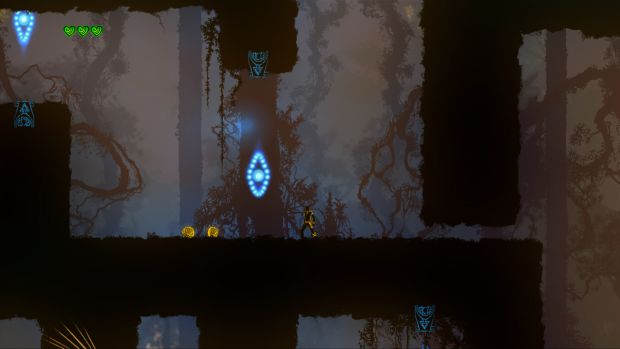 You know what we don’t have enough of anymore? Metroid-vania style adventure games. This style of adventure games is few and far between nowadays but luckily for us there are some developers out there who haven’t totally forgotten this genre.

Not only is Outland reminiscent of games like Metroid, but there’s also a puzzle-like element in the style of Ikaruga. Yes, this does sound like a marriage made of awesome. 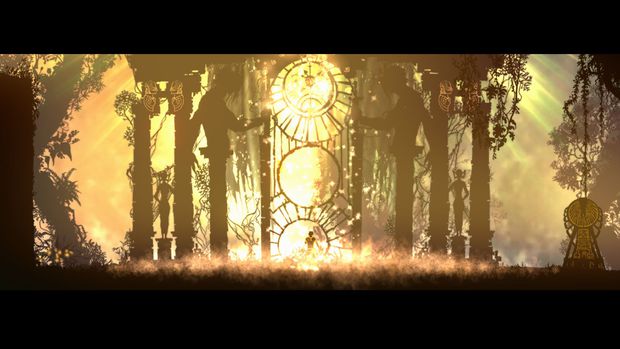 Outland sees you on a quest in order to stop two powerful goddesses from escaping their imprisonment. In order to do that, you’ll need to defeat the goddess’s henchmen bosses and take their powers in order to become stronger.

I played about the first 15 minutes of the story mode which sees you learning the basics in combat, including how to handle your sword — the main weapon of Outland. You’re able to do combos with your sword and you can juggle enemies too. You’ll also be able to do a slide attack which stuns enemies.

It’s not going to be a simple matter of just attacking enemies however. You’ll be able to switch your light alignment (Ikaruga’s polarity system basically) which works in two ways. When you’re attacking enemies, you must be the opposite color alignment of them. There are also lasers going off throughout levels that will hurt you unless you’re the same light alignment of the laser attack.

It sounds simple enough but a lot of the times you’ll find yourself quickly running through laser fields only to come head-to-head against an enemy. You need to have some sharp reflexes in a lot of the scenarios you come across. Check out the video demo by Jonathan Holmes to get a real good idea at what to expect.

You don’t have to worry about any sort of game over though, as you’ll simply respawn back at your last checkpoint if you do die. Plus there’s an upgrade system so you can increase your health and energy with all the coins you find throughout Outland.

Outland also sports online co-op across all three game modes on offer. So you can work with a friend through the main story, the Arcade time-based challenge mode, and the co-op only challenge rooms. There is no local co-op as the smaller screen ratio ends up hurting the game according to the majority of the feedback Ubisoft and developer Housemarque received. 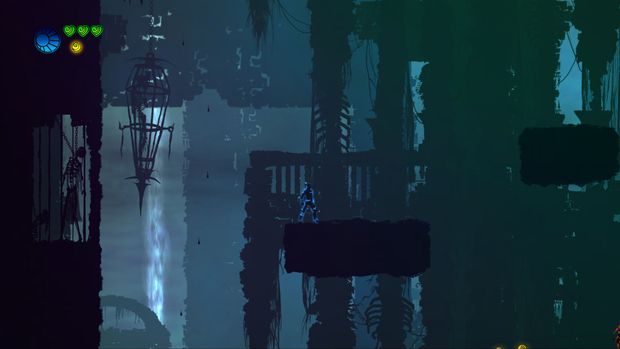 I got to try out a couple of the co-op challenge modes and absolutely enjoyed my experience with the “Keeper of the Light” game. Two players are going through a stage and only one person can change the light orientation for both players. This mode definitely requires a lot of communication as both players really need to work together in order to make it through all of the different lasers and platforms that require specific light orientation.

The second challenge room sees players taking on the second boss fight of the game. It’s a three stage battle that sees you jumping from platform to platform in order to avoid falling to your death. It’s a tough fight and I died a lot. Thankfully players can revive a fallen buddy an infinite amount of times. So one person just needs to stay alive until the boss is killed.

Lastly I was shown the bomb juggling challenge room which sees players having to throw bombs at each other in order to get through the level. It’s like hot potato, except the bomb can kill you if you mess up. 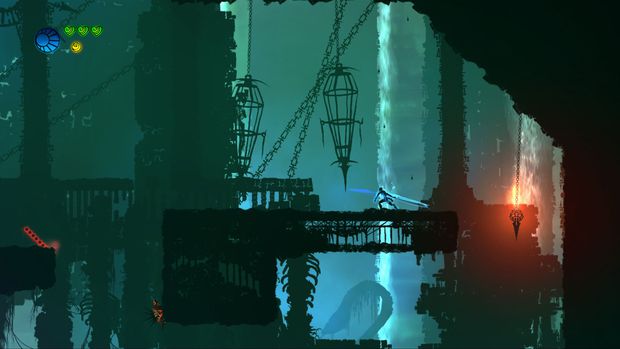 Sadly there’s only five challenge rooms but Ubisoft is open to adding more if the fans demand it. The plan for DLC right now is actually centered around what fans really want. So if players want another chapter for the story mode, then Ubisoft will make it happen.

The same goes for a PC version of the game. There’s only plans for console release, but if there’s enough demand and the game sells well, then they’ll work on a PC port.

All in all, Outland is going to be well worth the purchase. You’re getting a game that will take you about six to eight hours to complete, and that’s not even including the challenge rooms, arcade mode and the replayability of the single-player campaign. You’re getting a solid game all for just $9.99/800 MS Points.

Filed under... #Destructoid on assignment#PSN#Ubisoft