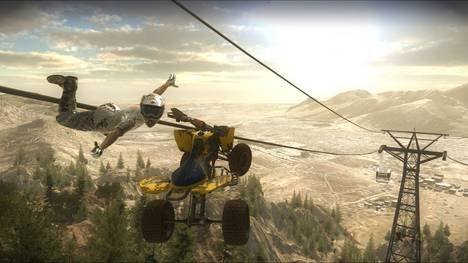 It was February 2001, and the PlayStation 2 was still struggling to gain some steam – to me that is. I had be been eyeing the system since it launched a few months prior and it wasn’t until shortly after ATV Offroad Fury came out that I finally decided to get the system. ATV Offroad Fury wasn’t the sole reason for getting the PS2, but it was a big factor.

ATV Offroad Fury was such a fun game and Pure reminds me a lot of it. That probably has something to do with the fact that the same team that made Pure also worked on the original Offroad Fury.

I got some hands-on time with the multiplayer last week and you can check out my pure* experience with Pure after the jump.

*Warning: There may or may not be more Pure puns after the jump. 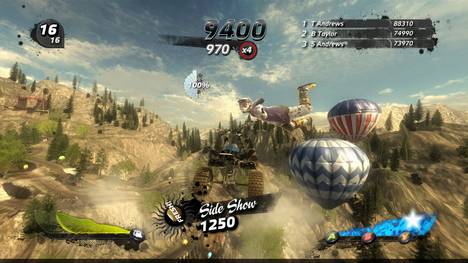 Just like with Dale’s  hands-on impressions of Pure, the first thing I have to bring up is the absolutely gorgeous environments. The amount of depth that Black Rock Studios put into this game would make you think it should be a Gran Turismo game. The sky and background look so damn realistic and I found myself ignoring the race a lot of the times to just take in all the sights.

The amount of detail to the environment also applies to the tracks. There is no map showing a layout of the course, so you have to pay attention to markers and arrows to figure out where you need to go. It can get confusing at first, but after a couple of laps, you’ll get used to the basic set-up for each track. If you do get out of the track, you will instantly “die” and respawn back onto the racetrack. Most of the tracks will also have multiple pathways that players can take.

Players can perform tricks while racing which is important, as it will give players speed boosts. Players will first only be able to perform one set of tricks with the X button, the simplest trick set. You can perform eight different tricks with each of the three trick buttons and the specific trick you perform will be based on which way the left stick is point at. After successfully landing a few tricks with X, your boost tank is increased and the B button trick set is unlocked. These tricks are a bit more complex and require more hang time to perform without failing the landing. After successfully landing B tricks, the Y button trick set is unlocked and these tricks should typically be performed on the big jumps, as they’re a lot more complex and require a lot of airtime. 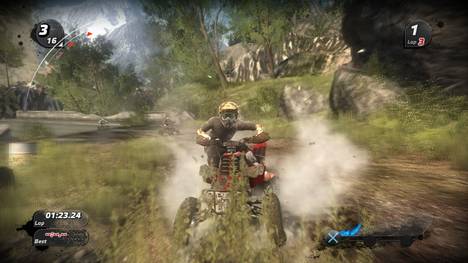 All of the tricks with A, B, and Y are all real tricks that people can perform in real life. The Pure team consulted real pro ATV riders to make sure these moves what the pros can do. Things get really over the top when you hit the special trick set. After completing a few Y tricks, the special meter is unlocked and you’ll be able to perform crazy moves that can never be done in real life. These tricks can only be successfully performed on the highest jumps (marked with torches), as they take the longest to perform.

If you fail to land jumps though, your trick sets are taken away. If you screw up when you have the Y trick set open, it will be taken away and you’ll be downgraded to the B trick set and so on until you’re back where you started off at. Using boost will also drain your trick skills and you’ll lose trick buttons as the boost meter is depleted. It’s typically a good idea to use the boost right before jumps, so even if you lose a trick set, you’ll get it right back with successful tricks. It’s important to know which hill/jump will work best with a particular trick set. When in doubt, just use the simple A set.

Another thing that helps you gain momentum over other racers is the extra touch with jumping. If you hold the left stick back just before jumping over a hill, and then push the stick up as you’re in the air, you’ll be given a little more “omf” to your jump. You’ll get a greater jump distance as opposed to not using this little maneuver. 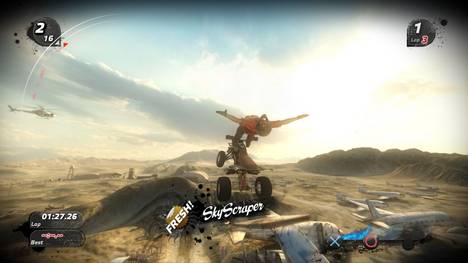 The game will have various tracks that you’ll be visiting all over the world ranging from super small courses, to extremely long tracks. During the Pureview (get it?!), we saw three of the available gametypes:

Overall, Pure is truly a pure experience. The quads handle great, the game looks gorgeous, and the tricks are fun. Pure will also let players customize their quads, but I didn’t get a chance to see this. Stay tuned later in the day though, as there will be a video showing off how easy the customization is.

Pure will be out this September for the Xbox 360, PS3 and PC.