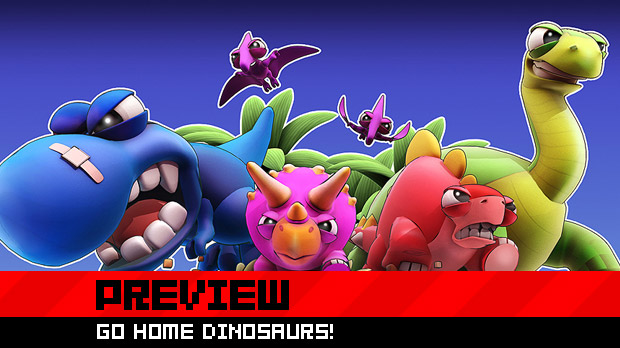 Fire Hose Games is following up its puzzle/brawler hybrid Slam Bolt Scrappers with Go Home Dinosaurs! Even though it’s in a different genre (tower defense … er, barbeque defense), this is a logical transition. Once again, being able to fit together puzzle-piece shapes is crucial to winning.

As small mammals, you must defend your BBQ from dastardly dinosaurs who may or may not be made of bacon. One weapon, funny enough, even has you calling down meteors. Love that delicious irony. 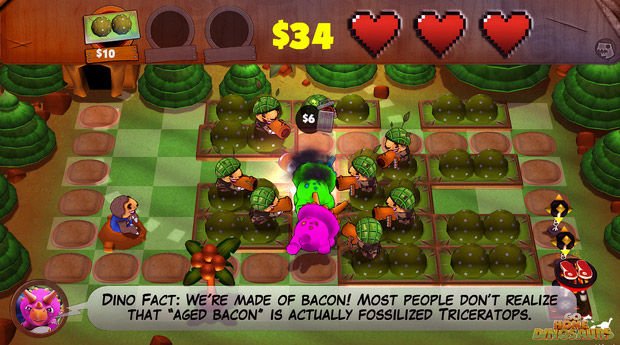 Dinosaurs are restricted to walking a single path on the map, and your defenses can only be placed if they fit correctly. Normally, this wouldn’t be a problem as towers tend to be simply square-shaped in many games. In Go Home Dinosaurs!, however, your towers are oddly shaped — like the Tetris family of blocks, only bigger — so you have to get creative and plan ahead. This becomes even more important when towers with unusual firing schemes and ranges come into your control.

My initial reaction was that Go Home Dinosaurs! was aiming for a broader audience, which isn’t a bad thing. (Think back to how Plants vs. Zombies took a slightly different approach to tower defense, and you hopefully get what I mean.) The game is able to detect how well or poorly you are performing, and then adjust the difficulty accordingly. When I played without letting any crash my BBQ, things got overwhelming rather quickly.

Towers are funded by way of trees which pop up on the map every so often. You click on them to automatically kick off the harvesting process. Sounds simple enough, and it is, but when your concentration is elsewhere it can be easy to forget trees are even on the map. I like this style, personally, because it makes the genre feel less passive. 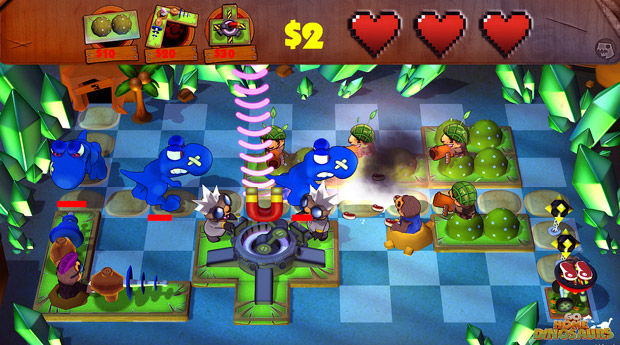 Depending on how crazy the team gets with tower designs, I could see this escalating in difficulty rather quickly. I’ll also briefly mention that upon completion of a level, you’re able to pick upgrades to bring with you into the next.

As for platforms, nothing is official yet. But Fire Hose would like to get this game out on the usual marketplaces, it sounds like. Personally, I think Go Home Dinosaurs! would be a fantastic fit for the App Store, both in terms of touch controls and the user base.

Actually, scratch that — I’d like to see them get it up on all of the digital distribution outlets. What was playable at PAX Prime was an early build, so I’m interested to see where the game goes from here.