I just got back from the Microsoft games showcase, where the finest of digital wares were on display. Among them was Ghostbusters: Sanctum of Slime, the new four-player arcade style downloadable title.

I was a big fan of Atari’s 2009 release of Ghostbusters: The Video Game, and thought it felt like a faithful adaptation of a beloved childhood property. When I heard Atari handed the property off to a different developer, who were planning for a smaller, Dan Aykroyd-less game, I wasn’t thrilled.

However, after playing Ghostbusters: Sanctum of Slime for myself, I can safely say that no part of my childhood feels violated. 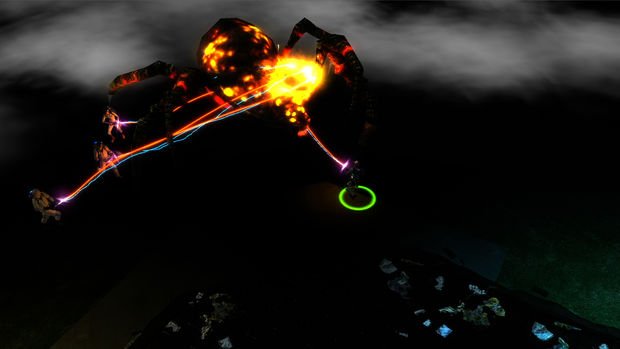 In Sanctum of Slime, players assume the role of a new recruit Ghostbuster. There’s nobody familiar in the cast, it’s a bunch of new characters. If this game were heavy on story, I’d probably complain about this bunch of no-name cadets, but since it’s not, it works. The story aspect of this game consists of comic book panels between levels and a few bits of written dialogue on screen. There are ghosts messing up New York City, and some supernatural jackass named Dumazu The Destroyer is responsible. That’s really all the exposition I need. After all, this is just a good, old-fashioned arcade shooter.

The gameplay in Ghostbusters: Sanctum of Slime is a throwback to top-down shooter arcade classics like Gauntlet and Smash TV, where you run around shooting monsters, picking up random crap, and earning points. It looks like quite similar to the 1987 The Real Ghostbusters arcade game, but I haven’t actually played that, so I can’t vouch for the similarities. 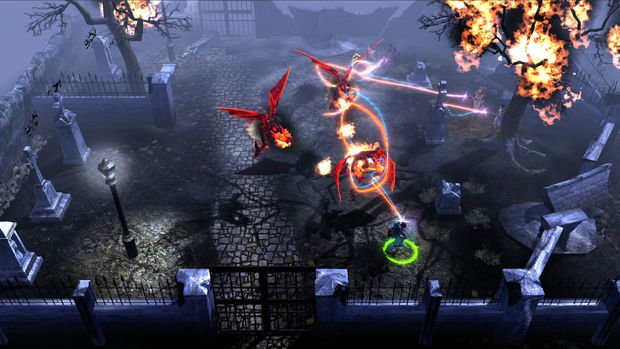 Ghostbusters: The Video Game tickled my nostalgia-bone by reuniting the movies’ original cast, and Sanctum of Slime does just as well by providing some fun, old-school gameplay. It’s not cinematic or story-driven; it’s a fun video game.

The controls are simple. Left stick makes your guy move, and the right stick dictates which direction he fires his Proton Pack. Left and right bumpers switch between the three different weapons. If one of your companions gets killed, you can stand next to him and tap A to revive, for which you’ll get bonus points. 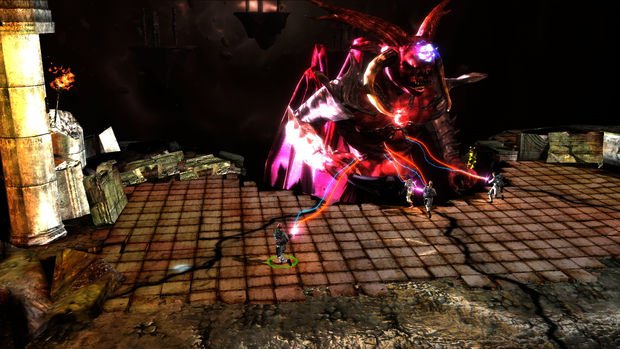 The three weapons in the game consist of the classic Proton Stream, a shotgun-blast of yellow lightning, and a blue energy bolt that ricochets off walls. Of these, the continuous-fire garden-hose nature of the Proton Stream works best with joystick-aiming, but the other two are specifically suited to different types of enemies. The yellow blast does the most damage to yellow ghosts, and so forth.

(For the record, nothing happens when you cross the streams.) 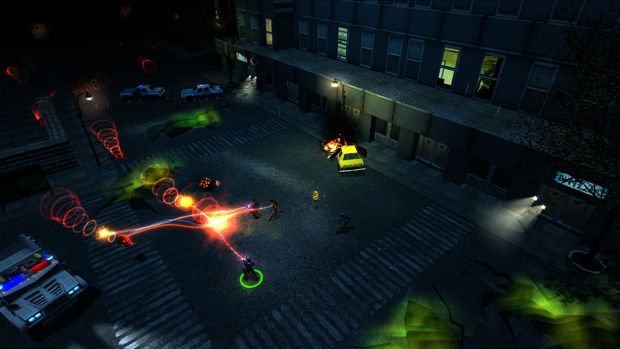 The game’s enemies are, obviously, ghosts and things possessed by ghosts. One was this big yellow bastard who climbs out of the floor and zig-zags around the room, leaving a trail of gross slime everywhere. Anyone who gets caught in it is down for the count, and other players have to a few seconds for the slime to evaporate before attempting a revival. Some of the other enemies are large, glowing slime-hands growing out of the floor, and holes in the ground that have ghosts flying out of them. Ghost-nests or something.

I saw two boss battles, both of which look like fun. One is the “Subway Smasher,” a gigantic possessed subway train that dives in and out of the pavement like a big metal snake. Players are stuck on a small island of asphalt, fighting off regular enemies and killing the boss at the same time. The other boss I saw was “Electroshock Construct” which is a bunch of medical equipment — presumably an ECT table — that’s been possessed to pile itself together to shoot lightning bolts at you. 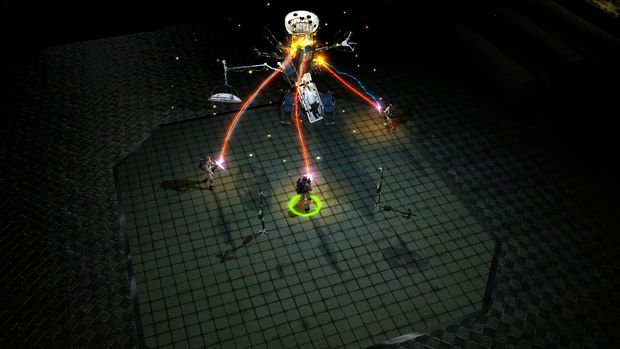 There are also driving levels where players hop in the back of the Ecto-4WD (“4WD” because it’s a Humvee, get it?) and do drive-bys on ghosts, but I unfortunately didn’t get to play any of these. I have always wanted to shoot a ghost with lasers from the back of a speeding SUV.

Ghostbusters: Sanctum of Slime seems to rely heavily on four-player co-op for it to be fully enjoyable. I played with three real people, so I can’t vouch for the single-player quality, but the game seems like it’s meant to be played on the couch with three friends. It’ll be coming to Xbox Live Arcade, Playstation Network, and PC download sometime next month for 800 Microsoft Points, or ten bucks American.

This isn’t by any means a groundbreaking new take on the Ghostbusters franchise, but it feels like a colorful, playful, modern take on an arcade game from twenty-five years ago.