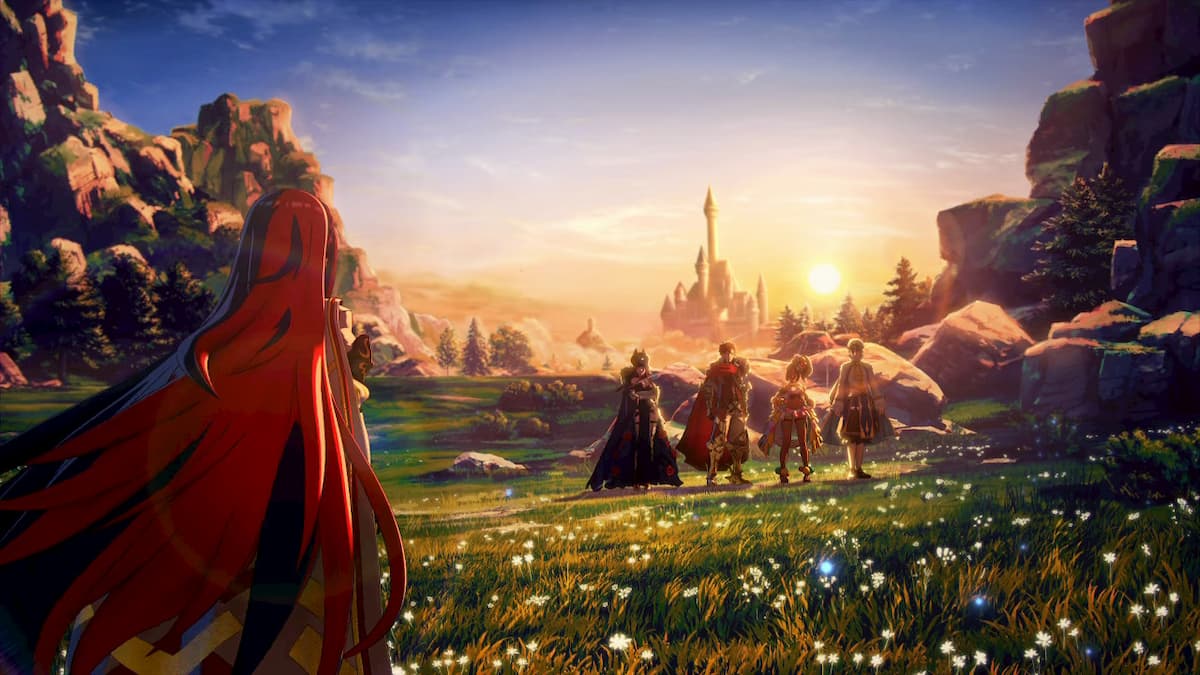 I do think it’ll be polarizing though

Based on the reception of the main characters alone, I think it’s easy to see how divisive the aesthetics of Fire Emblem Engage are: and the game isn’t even out yet! As someone who was unsure, I have to admit to grew on me, especially after seeing it in action. Here are some brief thoughts after hands-on time with Fire Emblem Engage.

[Note: the only story bits that are talked about here involve the brief intro.]

Clocking in at 12.6GB, Fire Emblem Engage is in your face immediately: both in terms of dropping into a tense story moment, and the bright, sometimes zany visual style.

Engage seemingly opens in media res, as you (a character named Alear by default, with two form options) and your party are rushing down a group of enemies, with the “Engage” system (read: merging with spirits, including past Fire Emblem characters like Marth) in full swing. It turns out that the intro is actually taking place in the past (1000 years ago to be precise): right before your Divine Dragon avatar vanquishes a great foe and falls into a mystic sleep. Then, things get decidedly less “epic” in nature, almost like downtown in a party-based anime like El Hazard.

Alear wakes up, acts aloof, and wants to run from their first battle. From there you start down a path to acquire your power and memories…and I can hear some groans already. I think some people are going to straight up hate this shonen/shojo approach, but I’m somewhat mesmerized by it. After the somewhat traditional medieval storytelling in Three Houses, to rubber band back to this seems a bit jarring, but it also differentiates Engage from many modern Fire Emblem releases.

Cutscenes are sleek, colorful, and full of details. While I won’t head into spoiler country here, I am enjoying a lot of the cast so far, including the relationships they’re building with Alear, who is a legendary warrior of power as well as a blank slate. Pairing them with Marth is either going to seem like a cash grab or a stroke of brilliance right out of the gate, and I’m mostly siding with the latter line of thinking at this point. The pairing/Engage system is so fun that I kind of just learned to roll with it.

Gameplay so far is smooth and fun

Fire Emblem Engage brings back the classic SRPG format, and when moving around the battlefield, things look and feel very polished. Most of the old options (including speeding up battles/removing animations) return, though unlike many other entries, I kept a lot of the animation triggers on just to watch them go.

While there is a lot of emphasis on strategic unit placement (including placing them in bushes/terrain to obscure them) and a rock-paper-scissors conceit: the Engage/merging system really helped sell me on the game mechanically. There’s a lot of build potential here, especially with the power to increase individual characters’ bonds, while granting them new abilities. I think a lot of folks are going to love this gimmick, and will spend tons of time messing around with it. It’s also just good fun to power up and go crazy on an enemy with floating angel wings and a beam sword.

The option to customize your playthrough is definitely going to help. Here are the big settings you can change:

Fire Emblem Engage is a fun strategic romp so far, and I’m eager to see where it goes. I’m not confident that it’ll top Three Houses (which is admittedly a high bar for many), but we’ll see closer to launch.