I’m not entirely sure what Playdead’s Limbo is all about just yet, but I know one thing — I like it.

Digging through press releases, I’ve learned that Limbo “puts players in the role of a young boy traveling through a hostile world in an attempt to discover the fate of his sister.” Good information to know, but not something the game lets on… at least not that I’ve noticed after having played through a little less than half of the game, which is set to hit Xbox LIVE Arcade on July 21.

In fact, Limbo may be one of the most minimalist games that has ever hit a home console, with little to no gameplay or narrative explanation offered to the player. Instead, Limbo relies on its atmosphere — its indelible sound design and its striking black and white visuals — to sell the player on its harrowing otherworld. The result may be one of the most captivating, puzzling, intimate, and chilling titles to see a broad release to date. 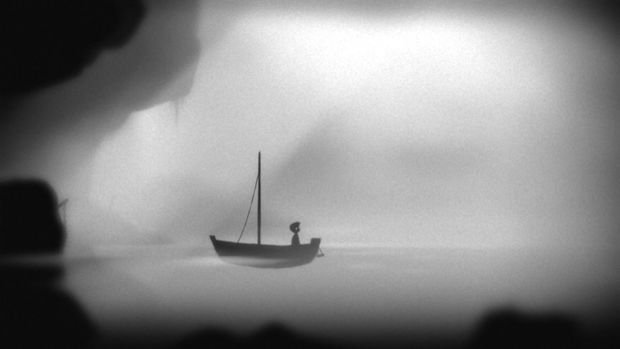 Limbo begins with the boy, visualized simply as a pitch black silhouette to the player, lying on his back in a forest, the only noise the sound of water rushing in distance. Rays of light peer through the trees, particles of dust floating in the beams that illuminate the child’s crumpled body. Here, the game offers no explanation what to do next. In fact, if you don’t press a button on the Xbox 360 controller, the boy will continue to lie on the ground, waiting for your input indefinitely.

Touch any button, however, and the boy springs to life. His eyes pop open, displayed as two glowing white dots on the boy’s face. He blinks, gaining his composure, and stands. Here, the player is in control, but once again, the game offers no clarification on what to do. In a way, you’re just as lost as the boy, in a strange forest, the questions “how?” and “why?” unanswered. Hit start on the Xbox 360 controller, navigate to “Help & Options” and then “How To Play” to find your answer — Limbo is super simple to play. Here are your controls: 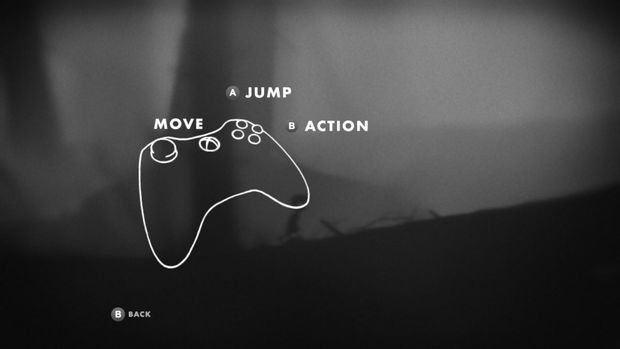 Yes, that’s it. Two buttons — one for jump, one for action. With those tools at your disposal, you work your way through the game world, a terrifying nightmare become reality. While in actuality, Limbo is one fluid, linear gameplay experience, the title is broken up into “levels,” 11 of which were available in my preview build. Each area offers up a unique platforming/puzzle challenge, which rewards patience as much as it does quick fingers and reasoning.

What I’ve played of Limbo isn’t difficult in the traditional sense — the game’s copious use of checkpoints (sometimes multiple points within a “level” or puzzle itself) sees to that. But that doesn’t mean it’s easy. As the game progresses, it’s like you’ll find yourself killing the boy (in a number of shockingly sadistic and lethal ways) as you experiment with objects in the game world to move towards your ambiguous objective. Suffice it to say that you’ll be moving crates, manipulating steel traps, outrunning massive spiders… and that’s just the beginning. To give away the particulars would be a disservice; experiencing and working through the puzzles for the first time is a joy, sometimes chin-scratching, but never frustrating.

It also seems that Limbo will be most rewarding played alone, in a dark room, headphones on. Its striking visuals, the colorless world with its gorgeous accent effects (beams of light, shadows, fluttering fireflies) as much alive as it feels completely and eerily desolate. Then there’s the game’s sound, which consists almost entirely of ambient noises — birds chirping, water flowing or dripping, the boy’s little feet making “pitter-patter” noises on dirt. It’s the lack of sounds between those noises — the wait for the next sign that something (anything!) is alive — that’s most unsettling. 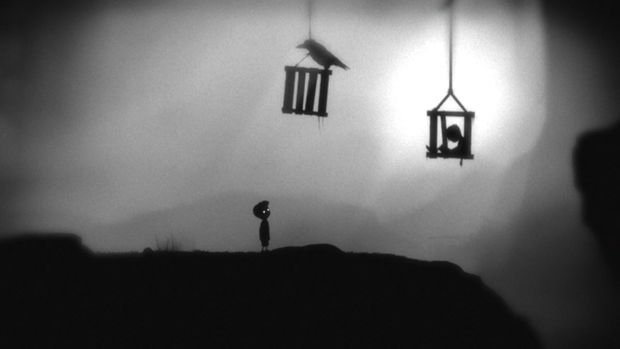 The 11 “stages” in the preview consisted of about 40% of the total game. All told, with multiple deaths from trial and error included, I’d say that maybe took me approximately two hours. While the second half of the game could feature considerably more difficult puzzles and platforming, that does give you a general idea of how long you might expect the full Limbo experience to be. What terrifying secrets will be found above and beyond what I’ve played remain to be seen.