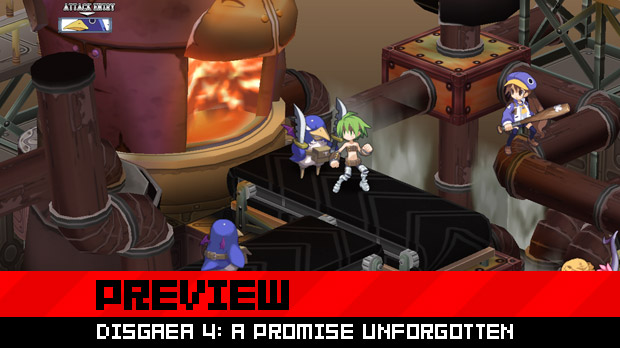 Holy sh*tballs, this game is crazy.

How do I even begin to describe how insanely complicated, yet ridiculously awesome Disgaea 4: A Promise Unforgotten appears to be? Explosions, demons, monsters, penguins, pirates, massive parties, combo attacks, micro-customization, level grinding, random battles — does it ever end?! The answer is no!

If you can dream it, it is possible. Probably. That’s Disgaea 4, dood! 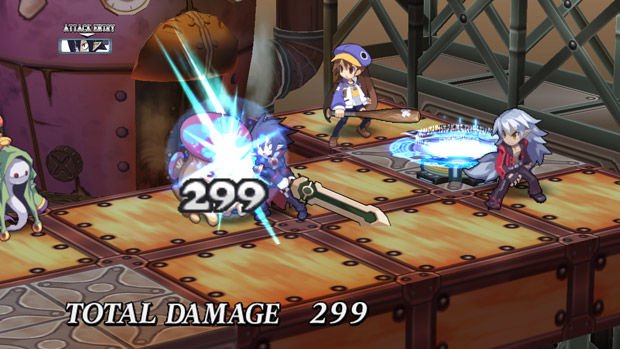 To be honest, I know absolutely nothing about the series aside from what I picked up at the NIS Spring Event. It has something to do with hell, right? And cute anime characters with wings or something?

Luckily, Steve Carlton, Localization Coordinator at NIS, was able to clear up the plotline for us while schooling me on what’s up with the finer details of the game (and trust me, there are plenty). According to Carlton, the Disgaea games typically involve the crazy hijinks of the Netherworld (or Hell) and the goings on within.

This time around, you begin the game as Valvatorez, previously a powerful tyrant overlord who gains his vampirish powers by ingesting human blood. However, after making a promise with a human girl to never to drink the blood of humans again, he loses his powers and drops to the lowest level of Hades, the Netherworld Prison.

There, Valvatorez is in charge of training and disciplining Prinnies (the human souls of corrupt criminals and thieves who, after being transformed into comical penguin-like characters, must be trained to both act and speak a certain way in order to atone for their sins). 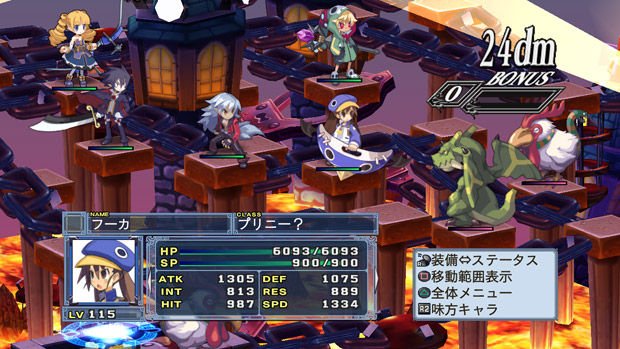 Suddenly, problems! The demons in charge of scaring humans into being good aren’t doing their job. The Netherworld, affected by their slacking, is churning out far too many Prinnies, and Hell just can’t handle the overpopulated upkeep. Oh no! The President of Hell, in an attempt to keep the peace, decides to exterminate all of the Prinnies in one fell swoop.

This prompts Valvatorez — who has promised to keep the Prinnies safe — to launch an anti-government campaign going against the laws of the Netherworld in order to overthrow the President and discipline everyone on the proper ways to run Hell. Mischief ensues!

After getting a chance to test out the game myself, the first thing I noticed was the wacky and over-enthusiastic voice acting (think DeathSpank or a silly infomercial). It’s interesting that they chose a comedic tone for a game that definitely could have been a bit on the darker side.

While taking my sweet time enjoying the introduction and studying the cute anime character sprites, some huffy journalist from some media site that’s not Destructoid tapped me on the shoulder and, in an irritated tone, asked if I was playing the game or not. Uhm, obviously, lady. Do you not see the PS3 controller in my hand? I politely told her that, yes, I am playing the game, and I also happen to be taking notes (with a wave of my iPhone in her face). She backed off (das wut I thought, son!) and left me to my gaming.

Feeling a bit flustered (dang, people be pushy up in this bizz), I attempted to skip through the rest of the intro dialogue and found that it was fairly slow going. For one, you can’t really just mash X and fly through the script. Pressing start over and over also doesn’t seem to do much in the way of speeding things along.

Glancing behind me, I could see the line growing and the amount of people watching my screen filling up. Oh, the pressure! Fortunately, Hamza “CTZ” Aziz was there to pat me on the shoulder and kindly say, “Screw them. They can wait their turn. You’re fine.” Destructoid FTW. 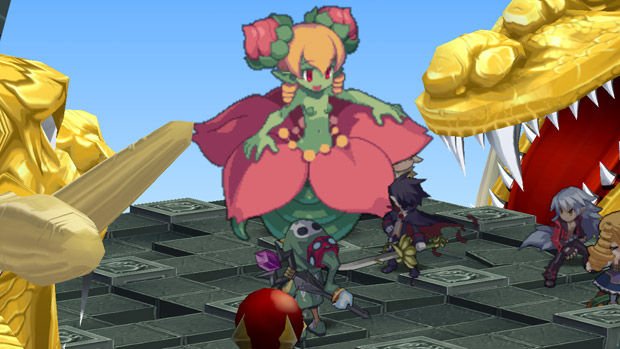 After I finally reached a playable part of the game (they start Valvatorez off in his base of operations, sort of like a camp site), I was pleased with how quickly and smoothly I could navigate the map. Swiveling the left analog stick allowed me to steer Valvatorez through the base camp, while tapping L1 or R1 rotated my view by 90 degrees in whatever direction I chose. I could also zoom in or out to three different angles by holding square and again tapping the front left or right trigger buttons.

Confusion followed when I realized I had no idea what I was doing or where I was supposed to go. There weren’t exactly any indicators saying, “S’cuse me, dumbass. Yer s’pose ta do this or talk ta this person right hurr.” Maybe this is due to me hurriedly skipping through the dialogue? Though I am something of a speed-reader anyways, so that probably wasn’t it.

It took me a bit of talking to random NPCs littered throughout my base (who, according to Carlton, merely serve to supplement the storyline) before I managed to discover a glowing character with pigtails who apparently launches strategy battles for me.

I first played through a tutorial that discussed the basic controls of battling. Then, feeling like a smarty-pants, I attempted to execute the button commands I had just learned. But wait, what was happening? Why isn’t X doing what it’s supposed to do, and why isn’t Circle behaving?!

Again, maybe this is due to me rushing through the tutorial (though I swear I was paying attention to what does what), or perhaps due to the fact that this is a Japanese-to-English port, and they are still working on the translations for correct button mapping. Either way, it was simple enough to figure out with a little trial and error. 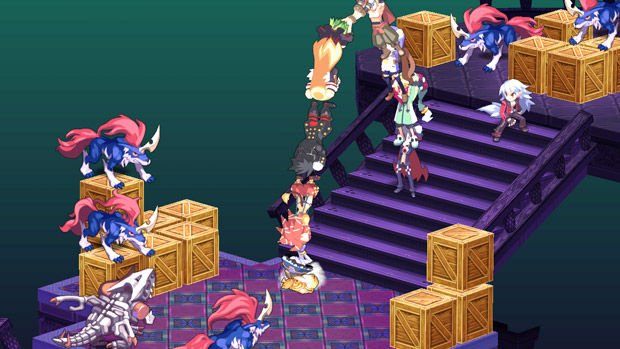 The battle configuration was easy to understand and is fairly similar to every other strategy game I’ve played. I deployed fighters, clerics, etc by selecting my base panel (this glowing blue tile on the floor) and deciding on which characters I wanted to send into battle, then positioning them across the grid within their range of movement. A maximum of ten characters from your party can be on the field at any time, while your base panel holds the rest of your deployable stock.

Eager to see my army in action, I quickly stationed my characters and executed their attacks, surprised when other minions I happened to place nearby joined in on the attacks for massive collaborative combos! The animations were so nuts that I can’t even really describe to you what it was that I saw (view the trailer for an idea), but I did get a chance to ask Steve Carlton for more details.

“The multi-character attacks are random, but there are ways to increase the percentage of them occurring. The way you set up your government across the field affects how each person teams up with one another,” Carlton states. Massive character combo attacks with a huge personal army of minions to deploy? Color me intrigued.

Unfortunately I didn’t have time to play through as much of the game as I would have liked, and from a follow-up interview with Steve Carlton, it turns out that I’ve only barely scratched the surface of Disgaea 4. The official trailer, for example, only touches on a few of the awesome features in the game — like fully customizable maps, monsters that transform into weapons, the ability to log onto the Network and pirate characters from your friends and then discipline them into obedience, etc.

Carlton estimates that the game will take maybe 40 hours to wrap up if the player just sticks to the main storyline with a dry run. As is the case with most complicated JRPGs, all of the side quests, mini games, and micro-customization features could possibly log you at anywhere from 200 – 300 hours to fully complete. 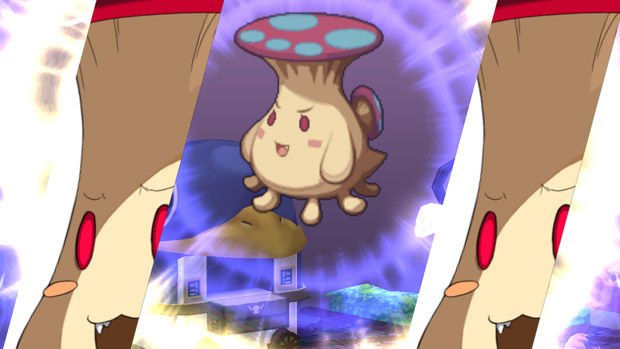 A few more cool things you can expect from Disgaea 4 include: Weapon Mastery on anything from knuckles to swords (leveling up your weapons reveals unlockable skills and ultimate attacks which you can then also level up in order to become as powerful as possible — holy crap); tons of monsters to both defeat, capture, and train into recruits for your already massive army; ways to level up your items or characters that involve battling down through different layers of maps within those characters or items; and defeating matches taking place inside of your minions or weapons themselves. PHEW!

I’m sure I could go on forever about the incredible depth of Disgaea 4: A Promise Unforgotten and the overwhelming strategy nuances it boasts, but ultimately, it comes down to the players to explore these features themselves.

With a release date set for September 2011 and a price point at $49.99 ($59.99 for the Premium Edition), it sounds like NIS has plenty of time to fine tune the otherwise tongue-tying features of the game for its American audiences.

Filed under... #Destructoid on assignment#NIS#Role-Playing Games