Can’t get enough Dead Space 2? Well you’re in luck, as a new single-player experience is being released next week! The downloadable content, called “Severed,” contains two new chapters and follows Gabriel Weller and Lexine Murdoch during the Necromorph outbreak on The Sprawl.

If the names sound familiar, it’s because these two were both in Dead Space: Extraction for the PlayStation 3 and Wii. While the core mechanics are the same, you’re going to find that the gameplay is much more action-oriented in “Severed.” 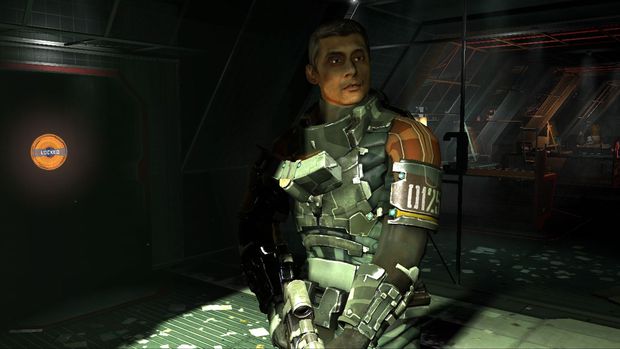 I’m not going to touch on the storyline other than that you play as Gabriel and you’re trying to rescue Lexine from the Necromorph nightmare. The experience is only two chapters long, so telling you anything more would just spoil things too much. But I will talk about what you can expect gameplay-wise.

“Severed” is a more of an action experience; fitting, since Gabriel’s profession is that of a security guard. As such, your weapon loadout includes a Pulse Rifle and Seeker Rifle at the start of the game. The store will contain all the weapons featured in the regular game and you’ll be able to upgrade guns on any workbenches you come across. As for the suit, it can be upgraded, but you won’t come across any new suits. (You can, however, equip any of the suits you’ve purchased through DLC.) 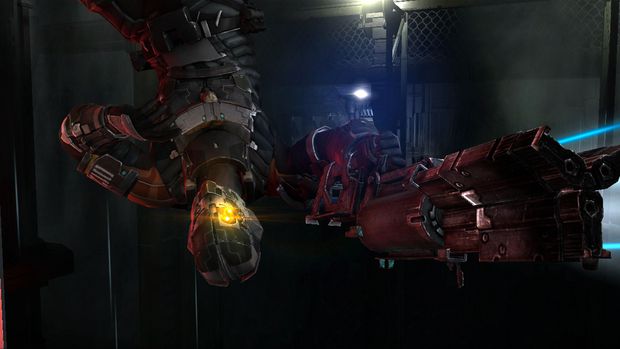 The game starts you off in the Titan Mines, about six hours before Isaac makes his way through. The first section entirely takes place in parts you’ve never seen before, although you do eventually come across areas that were in the main, on-disc campaign.

Scott Probst, producer on Dead Space 2, demoed the new content for me and told me that “Severed” is made up of about “50/50” new and old content. Visceral “wanted to play up the fact that [Gabriel] is going through similar areas because we’re paying an ode to Isaac.”

Scott continued by talking about the hospital level, where you’ll get to hours after Isaac has made his way through. “A lot of things that took place in the hospital when you were playing as Isaac are now different or changed based on what Isaac did there. Even though it’s a place you’ve seen before, it’s not the same type of gameplay or same type of combat in many instances.” 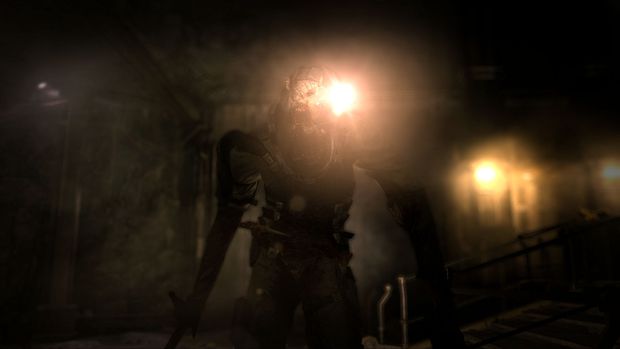 Even on normal, the attack waves are crazy intense, which plays into the whole action focus. You’re overwhelmed a lot more in comparison to Isaac’s adventure — and the return of an old enemy type, the Twitcher, makes the combat even more scary.

Twitchers are the super-fast Necromorphs that you came across in the original Dead Space after the USM Valor made contact with the Ishimura. They were absent in Dead Space 2, and I think you’ll be wishing they were never brought back at all, in a good, yelling-out-loud kind of way. You’ll also go up against non-Necromorphs, but that’s all I’ll say in that regard.

Is this add-on worth it? Well if you’re a big fan of the Dead Space mythology then totally, especially those of you who have replayed Dead Space 2 multiple times. If there’s anything wrong with this DLC, it’s that it’s not long enough. (I’m guesstimating it’s going to be under a couple of hours overall.)

Lastly, there’s no plans for a PC version of “Severed.” When I asked Scott about it, he wouldn’t confirm nor deny it was coming. So fingers crossed, PC folks.