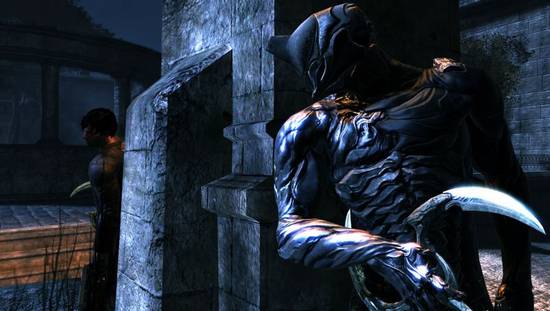 Dark Sector is one of those games I never thought I’d actually play. When it made its debut as a “next-gen” tech demo some five years ago, I was pretty sure it would never see the light of day. As it turns out, I was half right.

Digital Extremes had initially intended for Dark Sector to be set in outer space environments, with a sleek, mechanical protagonist at the player’s control. Later in the production, the decision was eventually made to turn to a darker and grittier feel. The result is something that looks and feels not unlike Epic’s Gears of War, which – one can argue – isn’t the worst thing someone could say about your game.

At last week’s Game Developers Conference, D3 Publisher and Digital Extremes invited us to be among the first to check out some of Dark Sector’s multiplayer modes. The bad news: there are only two of them. Admittedly, multiplayer was not the team’s original focus – I was told the game is 85% single player, with 15% multiplayer they decided to include towards the end of production. Now for the good news: it actually seems like it could be pretty fun in short bursts.

More details (including how much I like it when I can remove limbs in a game) after the jump. 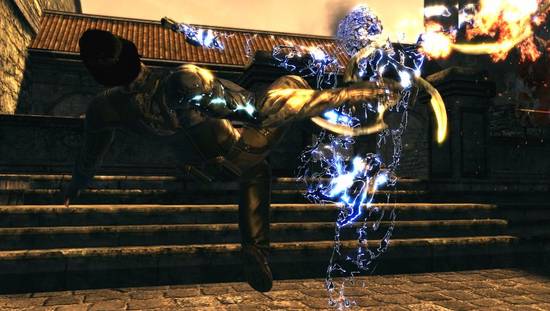 First I want to say a few things about how the game looks, because I have to admit that in the past I’ve said some pretty negative things about Dark Sector. I had a chance to go hands-on with a single-player demo of the game at last year’s Tokyo Game Show and was completely appalled at what I was being subjected to. The colors were bland, and the environments felt and looked dead and grainy. Enemy A.I. was laughable, and simply aiming at my targets was a chore – it felt like Gears of War or Resident Evil 4 gone miserably wrong.

So if you asked me about Dark Sector two months ago, I might have made a screw-face in your general direction while singing the theme to Mr. Belvedere, just to change the topic. It’s less than a month from the game’s release, and my tune is changing a bit.

Before I even sat down to play the game, I noticed that the visuals looked surprisingly enhanced from whatever nightmare I had been caught in at TGS. While the color palette is by no means Super Mario Galaxy, the lighting was particularly noteworthy, and really brought the world’s low-key grays, greens, and blues to life. Textures were sharp, and character models appeared detailed and clean as they moved about maps. So, in short, we can all breathe a sigh of relief that the game doesn’t look like crap. Digital Extremes’ in-house Evolution Engine is formidable indeed. 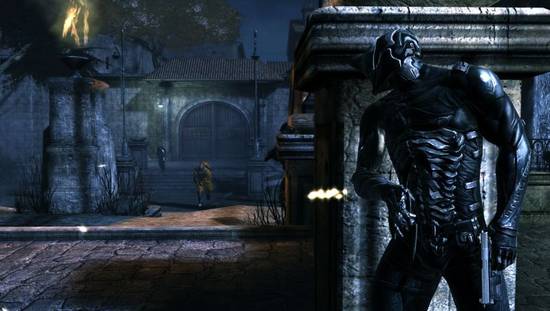 The first mode I had a chance to play was one they were calling “Epidemic.” This team-based mode divides players into two teams, with one member on each team taking the role of the game’s main character, Hayden. Each team can win by racking up more kills during the allotted time limited, or better yet, simply killing the other team’s Hayden.

While most of the team members will take control of generic soldiers, that’s really not where the fun is. Sure, as a soldier you can wield shotguns, toss grenades, and even set proximity mines. Soldiers will even be able to “mark” Hayden when he is seen, making him easier to find for other teammates. And everyone is going to want to gang up on Hayden … he’s just that bad-assed.

You see, as Hayden you can do a few things soldiers can’t. Like temporarily turn invisible, for example, and then sneak up behind someone and slit his throat with the glaive (a multi-use boomerang-like weapon). If things get out of hand, Hayden also happens to have a defensive energy barrier he can throw up temporarily. Or you can kick it old school and simply bust caps in fools with the Tekna 9mm pistol. 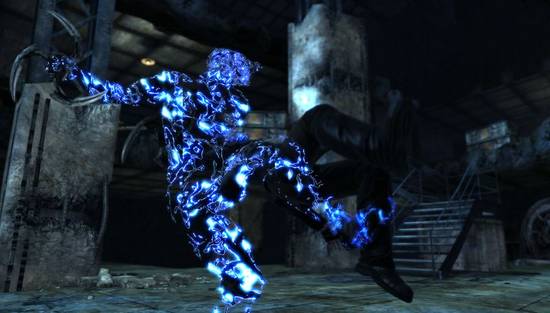 That stuff is great and all, but let’s get serious for a second – you can’t lop anyone’s leg off with any of that crap. But you can take an enemies leg off by tossing the glaive in their general direction. Or take off their head. Or cut them in half. The possibilities may not be endless, but damned if they weren’t satisfying. By just frantically tossing the glaive at a crowd of attacking soldiers, I was able to take off a leg here, and well … more legs. OK, I admit it – I can’t aim for s**t. So I ended up only taking off a few legs here, or a few legs there. But in the hands of a more experience glaive thrower, I was told it would be possible sever all sorts of limbs in combat.

The game’s second mode, Infection, is sort of a reverse game of tag. One player takes on the role of Hayden (the “infected”), and the rest are soldiers who are gunning to take him down. The soldier that does take him down then assumes the role of the infected. This particular mode was particularly frantic, as taking on the role of Hayden completely stressful, especially when nine other players are aiming their guns in your general direction. The Infection maps we did play did give Hayden a few extra enhancements, including glaive enhancements by targeting things like fire or electricity.

Control wise, things felt extremely Gears of War. The game has a “roadie run” for Christ’s sake, and as with Gears, said “roadie run” is just as awkward to control in Dark Sector. The “Infection” mode even has a bleed-out and curb stomp-like maneuver – before being able to kill Hayden in this mode, soldiers must take him down to his knees, and then follow up with a brutal finisher. These comparisons to Gears don’t necessarily hurt the experience, and Dark Sector certainly could be in worse company. It should be noted that aiming felt much tighter and easier to handle than it did during the single-player demo I had previously played at TGS. 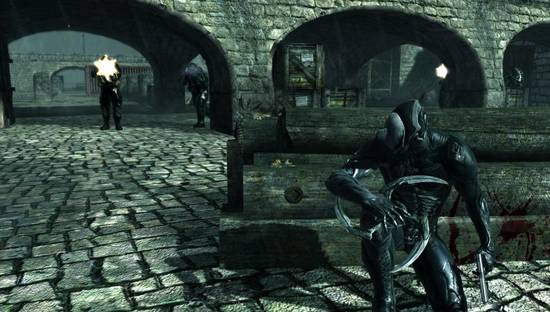 Finally, you may be disappointed to learn that the game only ships with five multiplayer maps. No, that’s not a typo — that’s five, as in only one more than four. Digital Extremes do have plans to support the game’s multiplayer post-launch, by delivering content over Xbox LIVE and PlayStation Network. Whether or not the content will come at a premium remains to be seen, but additional content is definitely in the works.

“It’s like when Half Life 2 came out and there was no multiplayer,” I was told. “It’s kind of like that. But we actually have something, so we have the groundwork, and we definitely want to expand on it.”

Dark Sector will be available for PlayStation 3 and Xbox 360 on March 25.