Poor BioShock 2. Not only does it have to be the direct sequel to one of the most critically acclaimed titles of all time, BioShock 2 had to deal with a weaker plot and an audience that approached it with particularly outstanding expectations.

That’s a lot to live up to.

With the recently announced BioShock Infinite wowing players with a new take on American identity, BioShock 2 now resides as the resident red-headed stepchild of the franchise. Which is a shame, as it really is quite a good game. However, for those keeping up, 2K Games has been actively releasing downloadable content for it, and on August 31, we’ll see the last addition to the game: Minerva’s Den.

I’ve had a chance to play this final return to Rapture, so would you kindly continue reading for my thoughts. 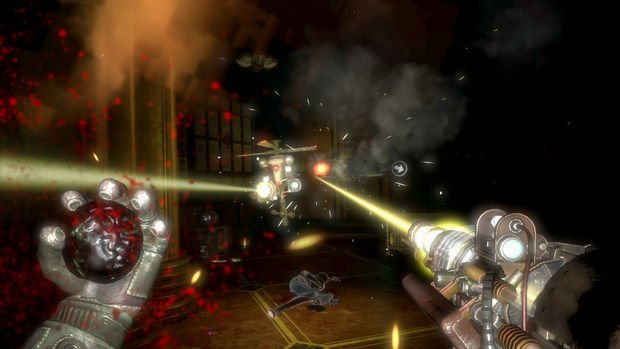 While all areas of Rapture are distinct and the technology within can be described as proto-contemporary — art deco-punk, I suppose — the actual source of the technology has not been explained. Minerva’s Den answers these questions, as the plot describes the real technological power of Rapture, a massive computer that, like all things in the underwater city, has gone to hell.

Players fill the shoes of another alpha series Big Daddy, Subject Sigma, and he’s been tasked by head engineer C.M. Porter with retrieving the basic code of this computer that Rapture’s citizens call “The Thinker.” Compounding problems is Porter’s rival, Reed Wahl, attempting to control the area and usurp Porter. All of this takes place parallel to the events of BioShock 2, but you won’t see or interact with any of the characters from the main plot, although I was told that Dr. Tenenbaum will be the exception.

New plasmids and weapons include the Gravity Well plasmid, a super-powered trap that sucks all enemies and non-secured objects into a gravity hole, making them perfect targets for a shot in the head. There is also the brand new Ion Laser, a laser cannon that can be charged up into a massive burst that works great with the gravity plasmid.

Additionally, there is a new sentry bot to control, the rocket bot, that does exactly what the name says, and new thermal ammo for lighting enemies on fire. These additions are exclusive to the Minerva’s Den DLC, and will not be making an appearance in the multiplayer portion of the game. However, you will need them to deal with the new Lancer-type Big Daddy, who has his own Ion laser. 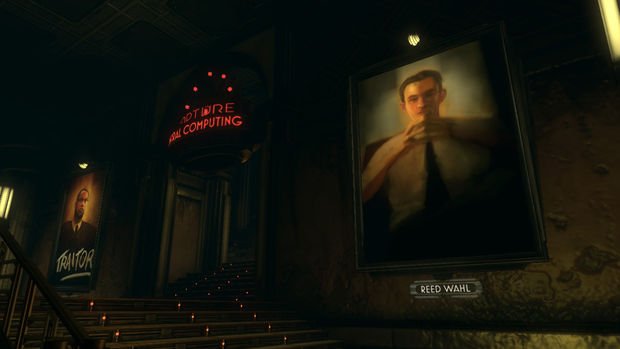 I was only shown a small bit of the new areas of Minerva’s Den, but what I played fits Rapture perfectly. For fans not ready to move on from Rapture, this looks like a fair swan song to the series, as the story follows all the dystopian conflicts you’d expect, and with three new levels, there is time to answer some of the questions fans may have about the original BioShock.

The theme of “early computing” is rather unique, and it is interesting to see how this will play out in the broad plot. Minerva’s Den will be available on August 31 for $10 on PlayStation Network or 800 Microsoft Points on Xbox LIVE Marketplace.