FPS players, are you getting tired of killing your fellow humans? Say no more, for it’s time to move on to the lesser species in the food chain. That’s right, that game where you can decimate animal populations is back!

Admittedly, it’s easy to make fun of hunting games even if (or especially if) they have this cover art. On the other hand, my experience with Big Game Hunter 2012 has a nostalgic element to it, reminding me of the pre-Internet world where you met friends in the arcade and played shooting games that compulsively shout at you to “Reload! Reload! Reload!” This is exactly how Big Game Hunter plays out, but with a slight graphical update. And of course, you get to shoot wolves, birds, deer, leopards, bears and all sorts of wildlife instead.

Because every hunter must have his weapon, bundled with this game is the peripheral Top Shot Elite firearm. It has all the usual buttons and analog sticks of a controller, and on top of that, it uses pump-action mechanics to reload, which felt really awesome to use.

The game is playable on both single-player and multiplayer. There is a story mode, which emphasizes a more strategic hunting experience such as by avoiding detection, watching animal movement and making well-placed shots. The game has shooting galleries that let you play competitively or cooperatively with up to four players too. The hot seat mode lets players take turns using the gun — practical enough if they only have the one.

For the most part, I was exposed to shooting gallery aspect of the game, which gave me ample time to test out in general the hardware, controls and gameplay. In this mode, everyone in the animal kingdom seemed to have developed a collective consciousness to hate you in a rabies-infected fashion, probably because you are Rambo-ing them to mass extinction. I was playing with Hamza, who beasted (heh) over me at the game. 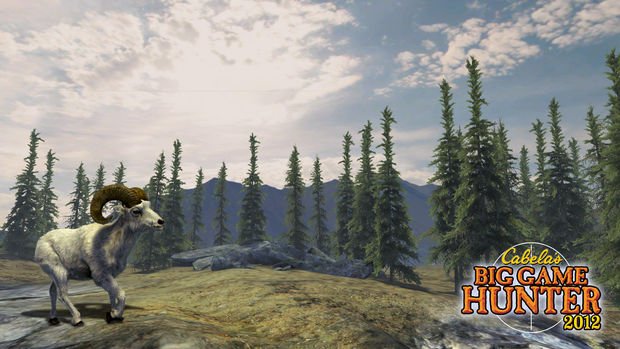 For starters, you get to alternate between two basic weapons, a hunting rifle and a shotgun. These guns should be used for specific situations, so switch accordingly. Otherwise, you lose points for using the wrong gun, which doesn’t make sense to me from a survival standpoint. I once shot a bear at point-blank range. A f*cking bear. I don’t need to lose 2000 points for using a shotgun especially when I came out from that situation bearly alive. No one wants to die a grizzly death. I am stopping with the puns now.

Clearly, the bears are some of the nastiest “enemies” you can encounter in the wild. Most of the other animals are just minding their own business, waiting to be used for target practice. Others are ready to fight back such as wolves pouncing at you, leopards leaping out of nowhere and strangely enough, Hitchcock-esque killer birds pecking you to death.

Just like in the old arcade games, there are a variety of power-ups available across the screen at opportune moments. Some add to your health or double your score. Others help you with your accuracy such as infrared and target guides. You can also claim extra points for gunning multiple animals at once, shooting successively, super fast reflexes, etc. 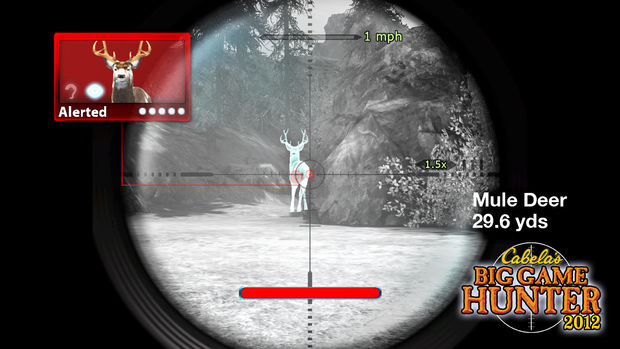 Granted, there are still a lot of things the game needs to work on. There were still some laggy moments, some of them occurring during transition scenes. It was also initially disorienting to spot where the crosshair is because of the color, something that really needs to be addressed before release. Top Shot Elite also needs some time getting used to especially if you’re a fun-sized person like me. It did feel a bit cumbersome, and someone pointed out that I was handling the gun like a bazooka. Fortunately, there are ways to dismember the gun to make it more wieldy.

In fact, the coolest aspect of the game is the gun. According to Tim May, Executive Producer at Activision, the gun has gone through a lot of improvements since last year’s version to make it more ergonomic: a more powerful sensor, a wider field of view for the camera, easier disassembly and improved trigger sensitivity among other things.

Cabela’s Big Game Hunter 2012 is a title that you can take for what it is. It is a game that lets you hunt realistic-looking animals with a really awesome peripheral. Based on my experience with the shooting gallery, I felt that there was less emphasis on the traditional idea of hunting and more on the animal genocide, or whatever the term is for animals. Ultimately, like the shooters of olde, it has enough of that so-ridiculous-it’s-fun factor to be played during the next party.