Listen up nerds, it’s time to take off your robes and wizard hats for a second ‘cause there’s a new game in town, and it answers to the name of Battle vs. Chess.

If you’ve ever found yourself wondering amidst a friendly game of chess, “How can I make this experience less interactive?” then look no further, because Gaijin Entertainment has developed a new game for chess and battle lovers alike. If you consider yourself a chess buff, then this might just be the most fun you can have in your underwear. Assuming of course that you’ve never felt the gentle caress of a woman’s (or a man’s) touch. Hey, it’s nothing to be ashamed of.

But until you manage to coerce an independently wealthy rocket scientist/part-time model into coming back to your lair, Battle vs. Chess will be there waiting to spoon with you on those cold, lonely nights. 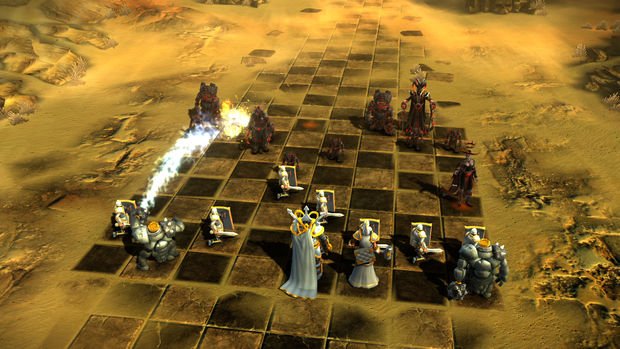 Now, I can’t speak much to the game of chess itself. Too much critical thinking involved for my tastes. So let’s focus on the details, shall we? Battle vs. Chess was implemented using Fritz11! chess software, and has 10 different levels of difficulty to accommodate players of any experience level. You can test your abilities against a computer in single-player mode, or face off locally or online in multiplayer competition with the friends you probably don’t have.

The game uses the Elo rating system, the world’s official standard in chess rankings, to keep track of your scores. So whether you’re a casual user just looking to improve your game or an aspiring eight-time Chess Master, this will provide hours of entertainment and a learning experience all bundled into one sexy package.

Undoubtedly the most valuable feature in Battle vs. Chess is the option to have hints accompany each turn (along with a detailed explanation of why a particular move is optimal), making the game a great investment for any beginner looking to procure mad skillz. For intermediate players, there are a handful of modes designed to challenge and improve your existing skills, such as gameplay with a limited number of turns or pieces. There’s even an option that transports you directly into the seat of former chess masters, allowing you to compete in games that mimic actual famous matches in chess history. Other notable variations include “Madness” mode, where the computer randomly distributes pieces across the board. Then there’s the “Tactic” mode, where players have the option to arrange pieces on the board however they like while still abiding by the traditional rules of the game. 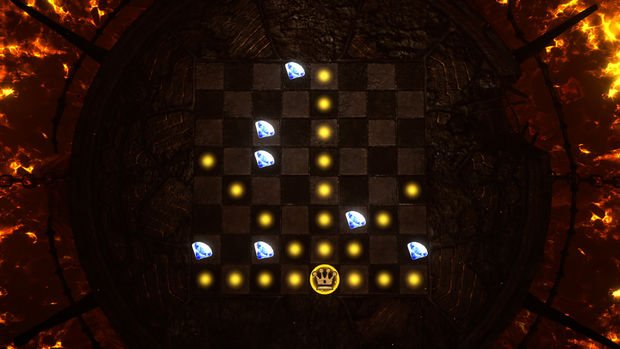 What really sets this one apart from just another chess emulator, however, is “Battle” Mode. This form of fantasy gameplay puts a combative twist on the classic game by transforming the board into one of eight virtual battlefields whose pieces end up duking it out for the contending spot. The twist here is that rather than peacefully advancing an opponent’s square, the pieces come alive using distinctly realistic animations and the players must fight using weapons or strength.

Though an interesting spin on the classic game, I don’t expect this feature to elicit much from the player other than a fleeting “Huh, that’s cool.” It offers no real advantage in terms of technique or strategy, and frankly, if I wanted to play a fighting game I’d bust out my Sega Genesis and rock Streets of Rage like it was 1992.

Regardless, Battle Mode is interesting if only for its inherent uniqueness. I could see it being more suited for group situations, but if digitally-generated chess is a frequent activity at your parties, chances are you have bigger things to worry about anyway.