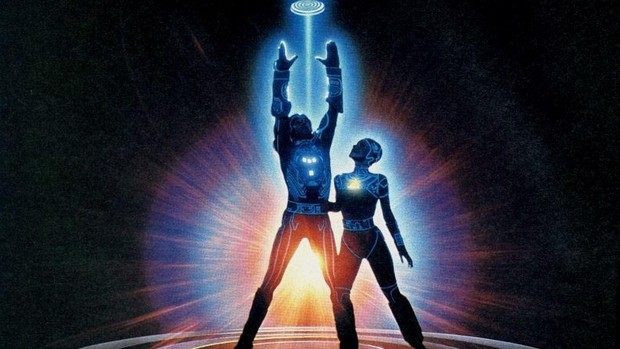 [Every week, we put out a call to our Community for blogs on a specific topic. This week, the assignment was to write a blog about handheld gaming. Our first promoted Community Blog this week is from kidplus, who reminds us all about the game.com. If you want to see your own work on the front page next week, make sure you write a blog for our current topic: Being Social. — JRo]

We didn’t have a lot of money growing up. We certainly weren’t poor, but definitely on a tight budget. Even though I didn’t get all the stuff I wanted my mom managed to make it work, and we had a lot of fun back in the day. One of those things I always wanted but couldn’t afford was a Game Boy. I mean, who didn’t want a Game Boy? It was an NES on the go. How cool is that? Whatever! I missed out, but not for long. It took a little while, but eventually I got a handheld to call my own, and it was awesome.

My very first portable gaming device shipped with a ton of new features none of its competition offered: it came with a touch screen, internet access, two game cartridge slots, and more. You might be thinking it was the Nintendo DS, but you’d be wrong. The console I’m talking about was released way back in 1997 by Tiger Electronics, and in spite of its groundbreaking features, it was horrible failure. Behold! The granddaddy of the modern handheld market: the game.com! 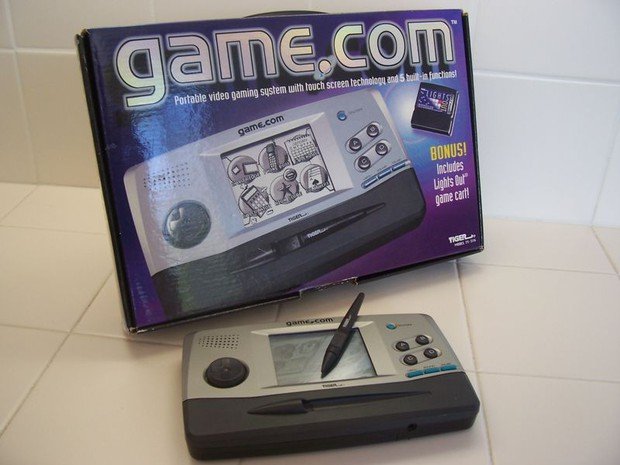 The game.com was a beast that boasted a lot of firsts in the handheld gaming market. Style-wise, the game.com looked like a slim Sega Game Gear, but it functioned more like a PDA married to a Game Boy. It had a home menu with a calendar, a phonebook, a calculator, Solitare, and it even had an “app” that tracked your high scores across all your games. It had two game slots that made carrying an extra game around safer and more convenient. It also had internet access(!) back when many of us were still getting our first computers and abusing those America Online CDs.

As far as software, the thing had modern hits (for the time) such as Duke Nukem 3D, Sonic, and Mortal Kombat Trilogy as well as classics like Frogger and Centipede. Many of these big name titles were either available at launch or soon after. Oh yeah, and it came with a free game called Lights Out that I continue to play to this day on my phone. All this, and the console sold at a very reasonable retail price of $70.

So, what went wrong? This happened. In a move Sony would emulate almost ten years later, Tiger decided the best way to market their snazzy new game machine was a series of bizarre commercials:

Unsurprisingly, it didn’t work out.

Besides the awful marketing campaign, the system itself had some issues. It suffered from the lack of a backlight, black and white graphics, and ghosting. It’s hard to knock the game.com too much for this, given then time period, but you can imagine how ghosting would be a serious problem when you’re playing a Sonic game.

One of the console’s biggest issues was a severe lack of software. Sure, it had some decent games to play, but the lineup was sparse. By the time the console was put to death in 2000 the thing only amassed a pathetic library of about 20 games. What’s even worse about the poor support is that all games were developed in-house by Tiger. This resulted in a lot of lackluster ports, and leaves me scratching my head as to why more games didn’t appear on the thing if studios didn’t have to do any of the work.

The last major flaw was the poor internet service. Yes, the internet was still growing, and yes, you can’t expect too much functionality in a $70 gaming device from ’97, but this was one of its major selling points. Too bad it was virtually useless. To take advantage of the internet feature you have to get a special game.com modem (sold separately, of course) to log into their special ISP. If you used a different ISP, it barely worked. You also needed a cartridge that was sold separately from the modem. Once you’d acquired all that you could send email and upload high scores, but there was no online play. Bummer. You could also browse the web in text form, but in an age when you needed to be connected to a phone line to browse the web why would anyone do it in a shitty text form with a fucking toy? Why not just unplug the thing and use you computer instead? No thanks, Tiger.

Despite this, I loved my game.com. When I got one it was out of a bargain bin for less than 50 bucks with a stack of cheap games available. For a kid that had never owned a handheld before, it was a godsend. At the time, I thought it was an awesome, albeit cheap, toy. I didn’t know it was a system that was already DOA, or that the selection of titles would never grow beyond what I saw collecting dust in the discount bin. Even though they were short lived, I had good times with the thing. I thought it was cool. My friends thought it was cool. It had some fun games and I’m glad it existed. It’s interesting looking back at how different the handheld game market might be if Tiger made a few different design and marketing choices.

Aww, screw it! Bring on the Vita!