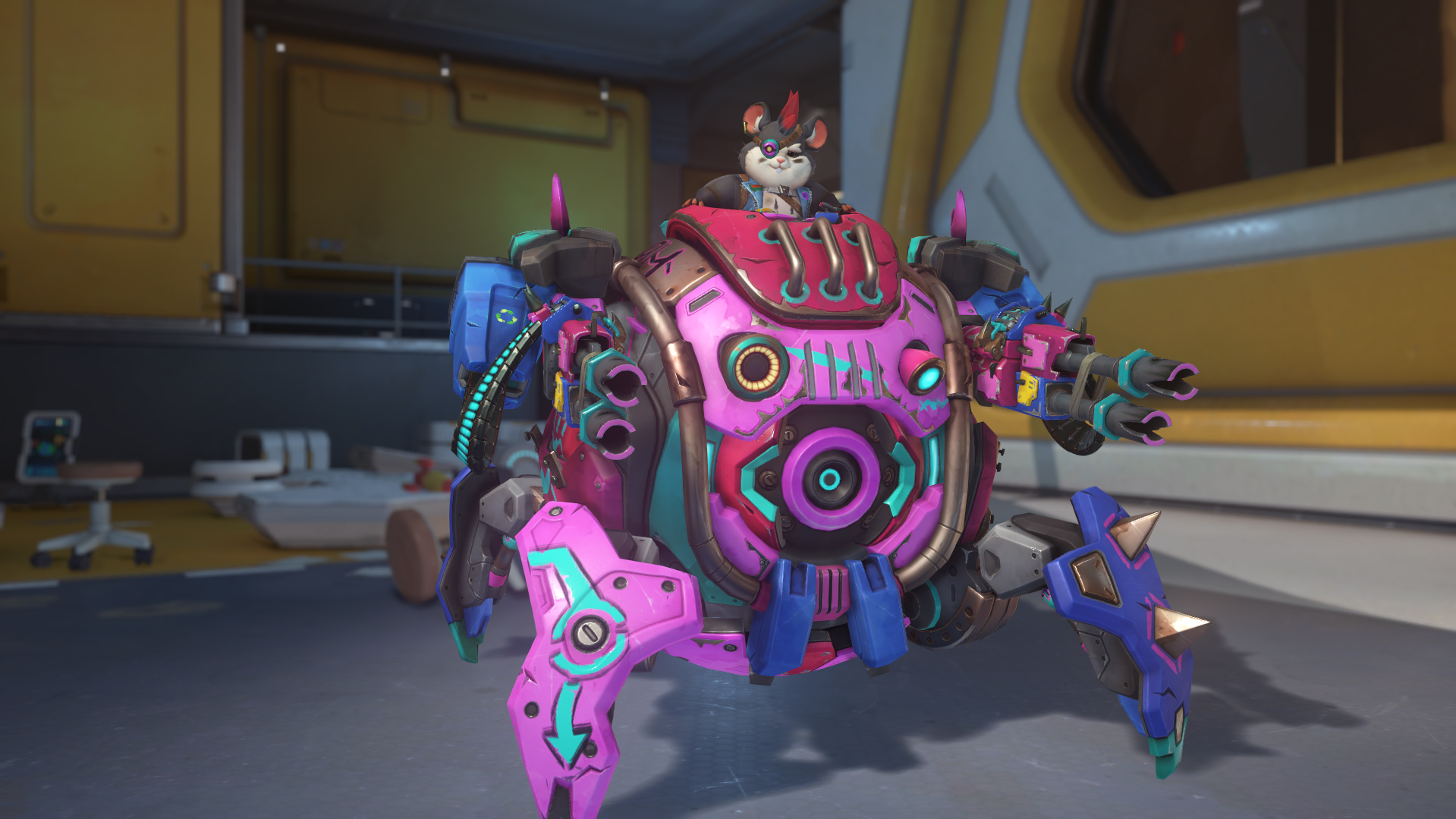 Time to start saving for skins

We took a stab at creating alternate skins for Overwatch‘s littlest hero, Hammond, and things got weird. Now Blizzard has shown us what’s up. The developer added cosmetics for Wrecking Ball on the PTR today including skins, emotes, and highlights. His lil hamster jog is pretty darn cute, I have to say.

Two skins stand out to me. Do I save up for toxic-green Hammond, or do I go with his even louder post-apocalyptic theme? The latter comes with an eye patch and that alone might tip the scales in its favor.

As part of Blizzard’s livestream leading up to today’s PTR update, the company shared a look at early “cute hero” concepts. We ultimately got Hammond, but things could’ve turned out much differently.

A pesky little chimp with a bazooka? Yeah, I would’ve been down for that second character design.