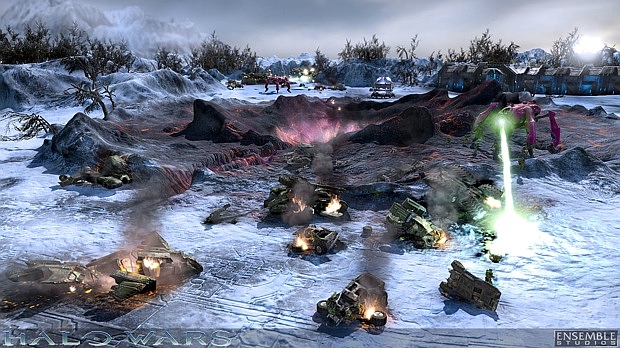 Let’s explore, shall we? Keepaway Mode is essentially Capture the Flag, except the flag is a “free-roaming” Forerunner Sentinel. If you grab it a total of three times, you win. Tug of War mode sounds funny: build a huge army and crush your opponent. Sounds like something you already do, right? And finally, Reinforcement Mode is a survival gametype of sorts that pits you against waves of differing enemies.

No word on pricing or availability, but chances are it’ll be “expensive” and “soon.” We’ll be sure to let you know when it drops. Until then, hit the break and stare at the Achievement information. Also, feel free to look at the tiny pictures in the gallery. (I’m not kidding; these things are wicked small.)