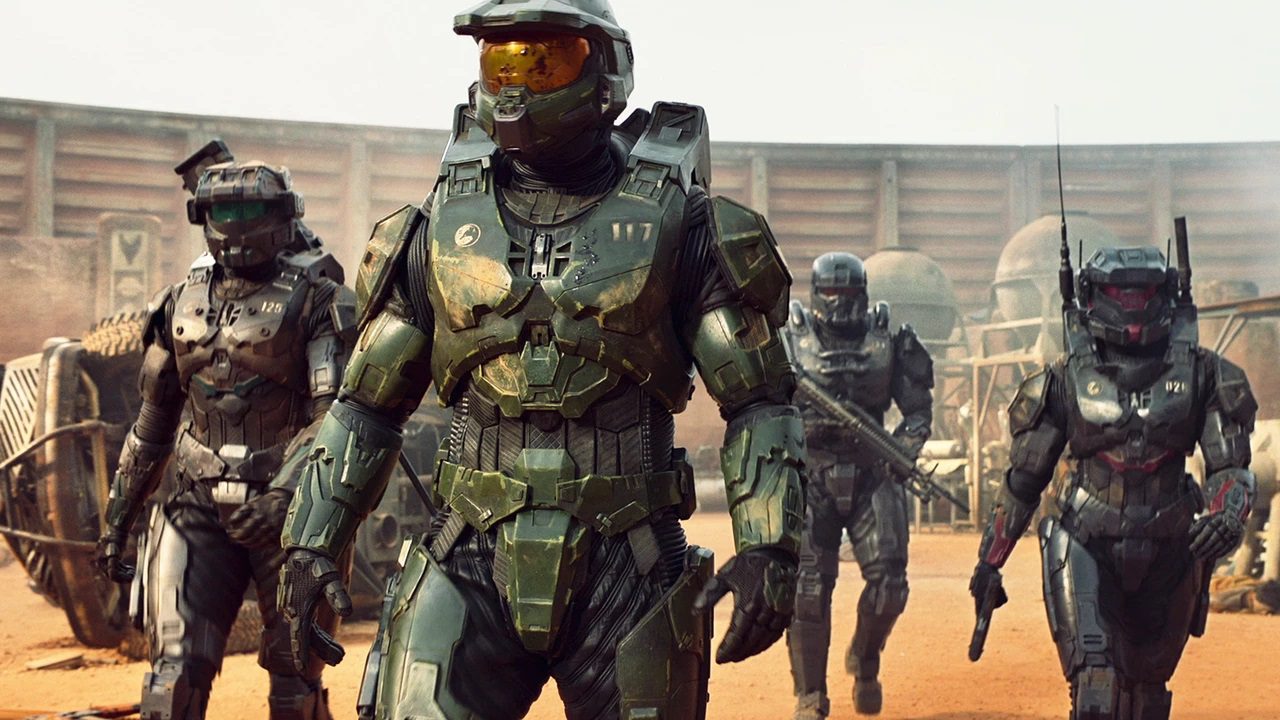 The Halo TV show is set to debut on March 24, and having seen the first few episodes, it’s bound to make a splash for several reasons. For one, it has a huge budget! But it also takes some liberties with the Halo universe by virtue of it being a completely separate project that is not beholden to the games.

We sat down with several members of the cast and crew to talk about the immense pressure of adapting a series with so much history, and all the expectations that come with that task. 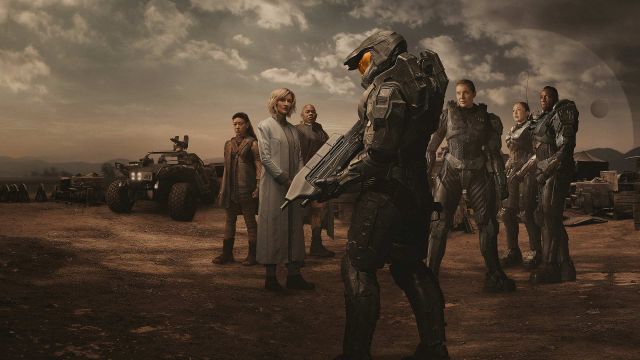 Co-creator Steven Kane and executive producer Kiki Wolfkill told press that they have a “constant feedback loop with 343 Industries [the current steward of the games],” to either draw out old characters or make authentic new ones. Well, there are definitely some old ones! Most notably Master Chief [John-117] is back (Pablo Schreiber), as is Cortana (Jen Taylor). And in a fascinating turn, Taylor (who voices Cortana in the game series) returned for the live-action adaptation to continue playing the character.

As I was watching the show, I noticed that everyone had very different sets of challenges, and wanted to get Taylor’s perspective on how tough it was to move into TV. As it turns out, she already had training! Laughing, Taylor told us “the lesson was working on this [series] for 20 years, and being able to take all that we had created before to start this journey, which was a gift. And going from doing voice-over to motion capture which helped me do motion capture on screen. All my prior experience led up to this moment.”

She stresses that the motion capture element already had her ready to step into the shoes of a new form of Cortana, as it were, which is a fascinating life experience in and of itself. Later on in the interview, Taylor, in a really humble moment, said that she “hasn’t even really processed the idea of moving from the games to a live-action adaptation of Halo.”

We also wanted to get some insight from Yerin Ha, who plays Kwan Ha Boo: a character that’s unique to the series. Without giving too much away her story is linked with Master Chief very early on in the show, after the first major action set piece. Unlike several other members of the principal cast, Yerin Ha has a completely blank slate, so we asked her about her own personal challenges.

Thinking for a bit, she responded: “It was different for me because my character is new. I didn’t really try to soak in as much as I can about the Halo world. I focused on the scripts and the things we want to talk about: corrupt politics, dictatorships, hope, love, and everything like that. That’s everything I focused on with Kwan and bringing her to life.” She explained that playing Kwan taught her how to speak up for herself, and she hopes audiences feel empowered as a result.

Regardless of whether or not someone is playing an old or a new face, the pressure is on everyone because of the Halo name, and that moniker is synonymous with Master Chief. A great responsibility is squarely housed on the shoulders of Pablo Schreiber, who has been a TV vet for nearly 20 years. You’ve probably seen him in something before, whether it was The Wire (remember Nick?!), Orange Is the New Black, Weeds, or a brief spot in the Season 6 Christmas episode of It’s Always Sunny.

Leading to my main question about how he handled the weight of Master Chief, I told Schreiber that I saw some of his frankly Emmy-worthy performance in American Gods in the two episodes of Halo that I watched. He sounds commanding, which, you know, is sort of a requirement for Master Chief, but he also adds a bit of stoic vulnerability in several scenes when it’s required. I asked him how he felt trying to live up to the character and what he brought to the performance from his personal life.

Smiling, Schreiber told us: “Well, I lived for the past 43 years of my life, and have been hurt, and loved, and had children. All my life experience is fodder for performance when it comes to creating a character.” He went on to say “I think what you touched on is a vulnerability to this character that we’re not familiar with from the game. The construct of that is it’s a first-person shooter where you’re asked to believe you’re the Master Chief. And now we’re making a TV show that’s a very different medium. And to get to know the character and empathize with him, it takes a different form of storytelling. And we’re filling in aspects of the character and his humanity that you used to fill in with your own personality. The process of the first season of the TV show is John getting to know who he is as a human. And people will get to know the Master Chief.”

When asked how long Schreiber spends in a suit, he noted, gasping, “it feels like a lifetime! That’s 55 pounds of plastic. Weight isn’t the hardest part, it’s how immobile it makes you. The Mjolnir armor is supposed to make you superhuman and super capable. But instead you’re stacked with 55 pounds.” Before he left, he gave us these parting words: “It’s a huge responsibility [living up to the games]. If anything, the hope is the TV show fills in places that haven’t been left explored.”

That’s obviously up to the audience, but with season two already greenlit, they have plenty of time to work toward that.