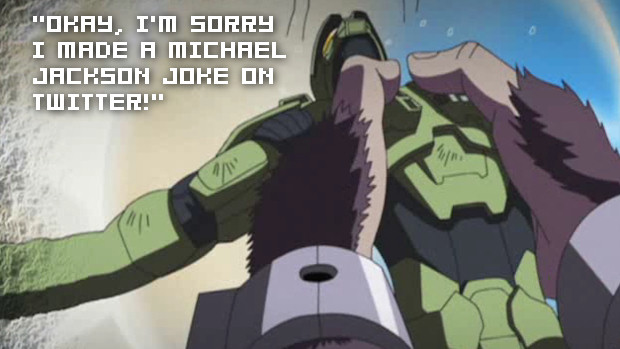 At least, that’s what Japanator‘s Zac Bentz says, and I’m inclined to agree with him. Okay, so this Halo anime stuff looks a bit silly, but it’s guaranteed to be a hit. Some believe that the “fratboy” fans who make up a considerable bulk of the game’s fanbase won’t like this, but those people underestimate Halo‘s ability to draw in a crowd, methinks. I reckon, if anything, it’ll just make those fratboys suddenly decide they’re now anime fans.

Anyway, you came here for a trailer, and that’s after the jump. Despite the nonsensical nature of it all, I’m actually quite hopeful that this will turn out well. I can’t say I’ve ever been interested in Halo lore, but these short films could be well worth a watch.

That said, I now have the M.A.S.K theme tune stuck in my head. M-M-M-Mask, MASK!