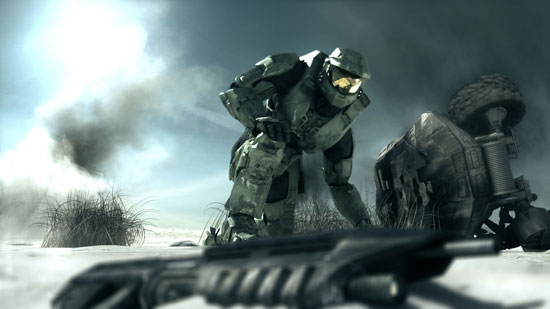 Halo: It’s the film that just won’t stay down. After falling out with Fox and Universal over making the Halo film, Peter Jackson’s representative, Ken Kamins, says that Microsoft is already in talks with other “distrobution projects” in order to release the Halo film. CVG tells us that even though the talks had been off, pre-production work was still going on:

Prep work on the Halo film continues, Kamins tells Variety, mostly thanks to the involvement of exec producers Jackson and Walsh. Most of the pre-production is being done at their visual effects studios in New Zealand, Weta Digital and Weta Workshop, so there will be no stalling.

The whole reason for the fallout with Fox and Universal was that Microsoft wanted too much money up front for the project, and a large amount at the back-end, and Universal held a meeting trying to re-negotiate the deal at the last minute, so MS dropped them. It’s less than appealing, but that’s how Hollywood can be.

There’s no word as to who the new companies they’re talking with are, but Microsoft could certainly fund the project themselves. I mean, c’mon, it’s only going to cost $50 million or so. And that’s just if you’re lowballing it.