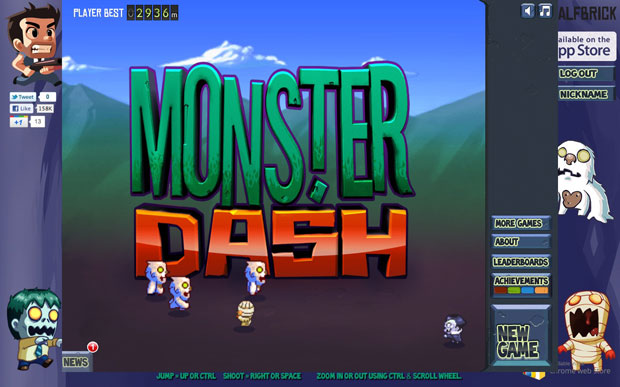 Australian developer Halfbrick has ported its iOS “runner” title, Monster Dash, to Google’s Chrome web browser. It’s free. You can install it and play it now if you’re running Chrome by going here.

The gameplay in Monster Dash is simple, with players controlling the jumping and the shooting of the ever-moving Barry Steakfries. The Chrome port of the game isn’t bad and ran well on my MacBook Pro, although the game itself looks a bit muddy compared to playing it on the screen of an iDevice. Don’t complain too much, though — it’s free, remember?

The Chrome Store has a few people commenting that the game doesn’t work or there are other issues, but I didn’t have a problem firing it up and playing a few games. Give it a shot and let us know in the comments how it’s working out for you.