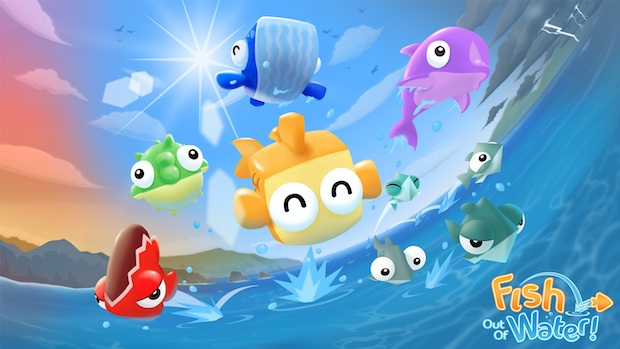 Halfbrick had us flinging fish with their newest title, debuted here at GDC. Fish Out of Water has you pulling up fish straight out of the ocean with your fingertip, flinging them, and watching them go the distance as they skid across the water’s surface. Both total distance and number of skips are goals that you’ll try to top in rounds of three throws. Your round of tosses are judged by a panel of five rather crabby crabs, each of which have their own preferences on throwing style, distance, skips, and more.

Each of the available fish have their own characteristics. For example, tossing a lightweight fish has it flying far, and skipping often. A dolphin cuts the water’s surface, so you’ll have to take its plunges into account for his throw. A fat whale can be thrown high into the air, sailing with each water surface bounce. Figuring out how they all work and how their tendencies work towards the crab judges’ preferences is the key to high scores. 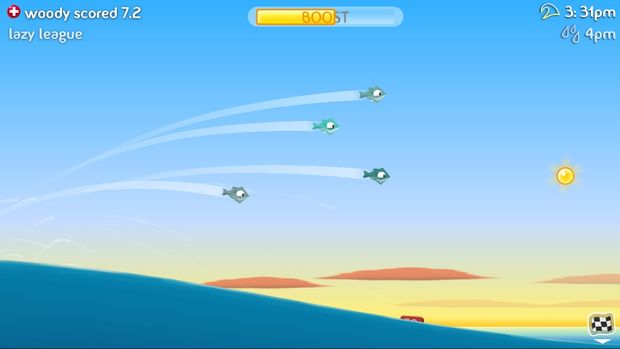 Beyond learning each creature’s tendencies, making use of the boost feature helped most in hitting the farthest distances. Touching anywhere on the screen will use some of the boost meter to give your flying fish an extra push. Timing is key, as is aiming to have the fish come in contact with randomly placed orbs, which will refill the boost meter.

While we didn’t see any examples of this in our demo, Halfbrick says that weather changes will have you relearning your throws. Ice might have your fish skipping on the surface longer, and storms could lessen their distance potential, for example. 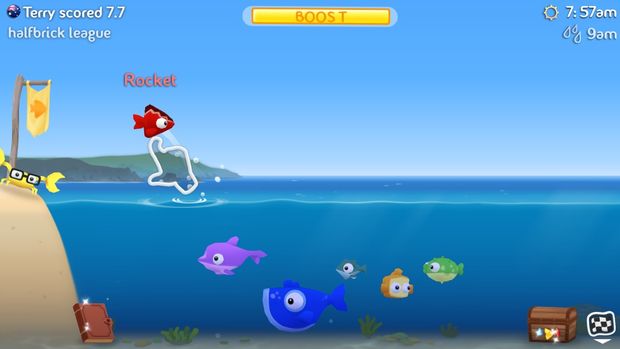 After playing around with Fish Out of Water for a bit and learning the ropes, skipping these fish across the water’s surface started to bring me into that sort of zen calm that you’d experience while skipping stones on a creek. It hits that easy to pick up, hard to put down vibe that seems to come across in the better mobile games out there. Of course, Halfbrick knows a thing or two about making great mobile titles, so that’s no surprise.

Halfbrick says that while they don’t have a solid date for Fish Out of Water, they’re expecting it to drop “soon” on iPhone and iPad.