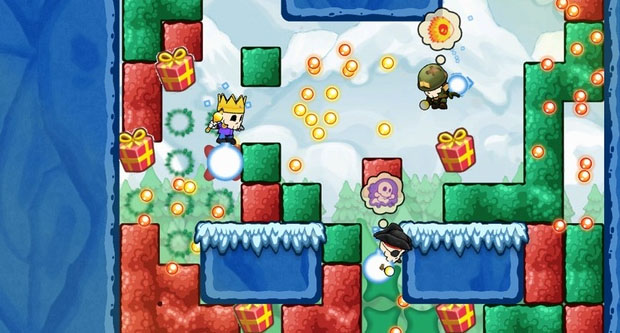 It’s no secret that new IP can sometimes struggle to get the spotlight it needs. In fact, I’ve ranted about the situation many times. Raskulls is one such game that seems to not get given much attention, despite the fact that it looks pretty great. I’ve been chatting with developer Halfbrick about how difficult it is to get that spotlight.

“It’s not so much ‘difficult’ as it is ‘balls hard work’,” says Phil Larsen. “The simple act of contacting so many people to let them know about a game takes a very long time, and that’s not counting the time taken planning what you have to say about it. It’s handy when you’re a company with millions of dollars to push it out the door via traditional advertising and virtual shelf space, but smaller studios need to get the word out in other ways. We get involved with the gamers, we listen to feedback, and constantly bring new ideas to the table. Sexy ideas. Will following Raskulls make you one bodacious dude? Definitely. But we’re planning on making Raskulls pretty damn entertaining, in-game and out.”

And could the gaming press stand to pay more attention rather than focus on big franchises?: “Who isn’t guilty? Gamers pay attention to sequels when the original game was actually awesome, so there’s nothing inherently wrong with that. It’s more of an ‘Oh, cool!’ reaction when it comes to general news about sequels, whereas new IP needs to have that uniquely interesting vibe when it comes to attracting news and media. Developing aspects for your game that are appealing right from the start are very important. Cup of tea, anyone? I have just the teapot for it.”

Hopefully Raskulls gains more traction when people get their hands on it. Speaking of which, Destructoid is getting its hands on it this week! Keep reading for more on this promising XBLA title.