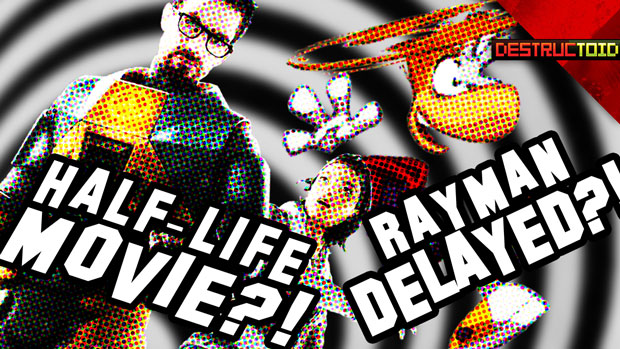 Also: The Destructoid Show is being weird and stupid again

What a bunch of wacky news today about the video games!

There’s the ongoing Rayman Legends debacle, with it being delayed for a multi-platform release, causeing devs and fans to speak out. Meanwhile, J.J. Abrahms and Valve are talking about doing Half-Life and Portal movies, and some sort of game. The second SimCity beta is here, so go sign up for that, and Zombie Studios’ new game Daylight is the first Unreal 4-powered game to be announced from a studio that isn’t Epic.