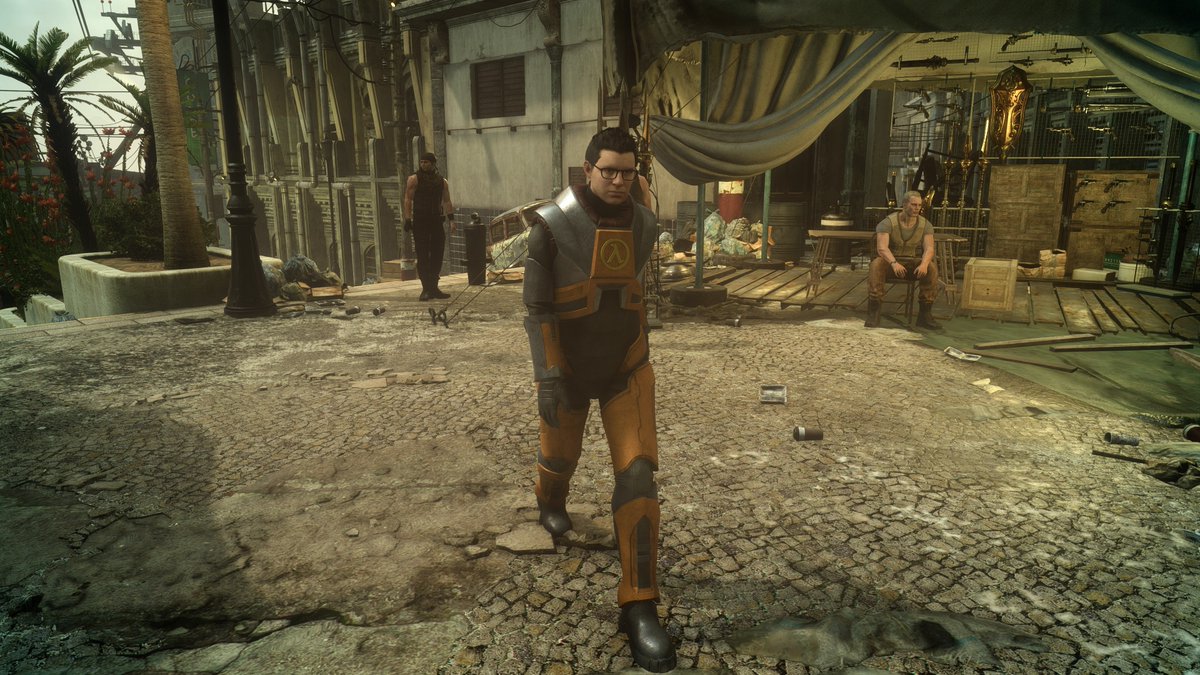 Fans looking forward to the PC port of Final Fantasy XV have just been given an extra bit of incentive to grab it early. All purchases made before May 1 will include a Half-Life skin pack that will let you dress up as Gordon Freeman. You’ll even have access to his crowbar as a weapon and will be able to have Noctis don the HEV suit in single-player.

I’m mostly shocked that Half-Life is being added to such a decidedly Japanese game, but seeing Gordon Freeman in any capacity gives me hope that Valve hasn’t forgotten about its groundbreaking franchise. I doubt we’ll see any confirmations of Half-Life 3, but maybe the real 3 was Final Fantasy XV all along…

As well as that awesome little crossover, a demo version of the game will be hitting Steam next week on February 26. Since the PC benchmark tool had some iffy performance problems, hopefully this new demo is more representative of the final product.

A FREE PLAYABLE DEMO for #FFXV Windows Edition is coming next week (26th Feb)!
If you pre-purchase/purchase FFXV Windows Edition on @steam_games before 1st May you can also claim the Half-Life Pack via Steam Workshop!
👉 https://t.co/ZRNh69BOQM pic.twitter.com/I9BsXzl7d5