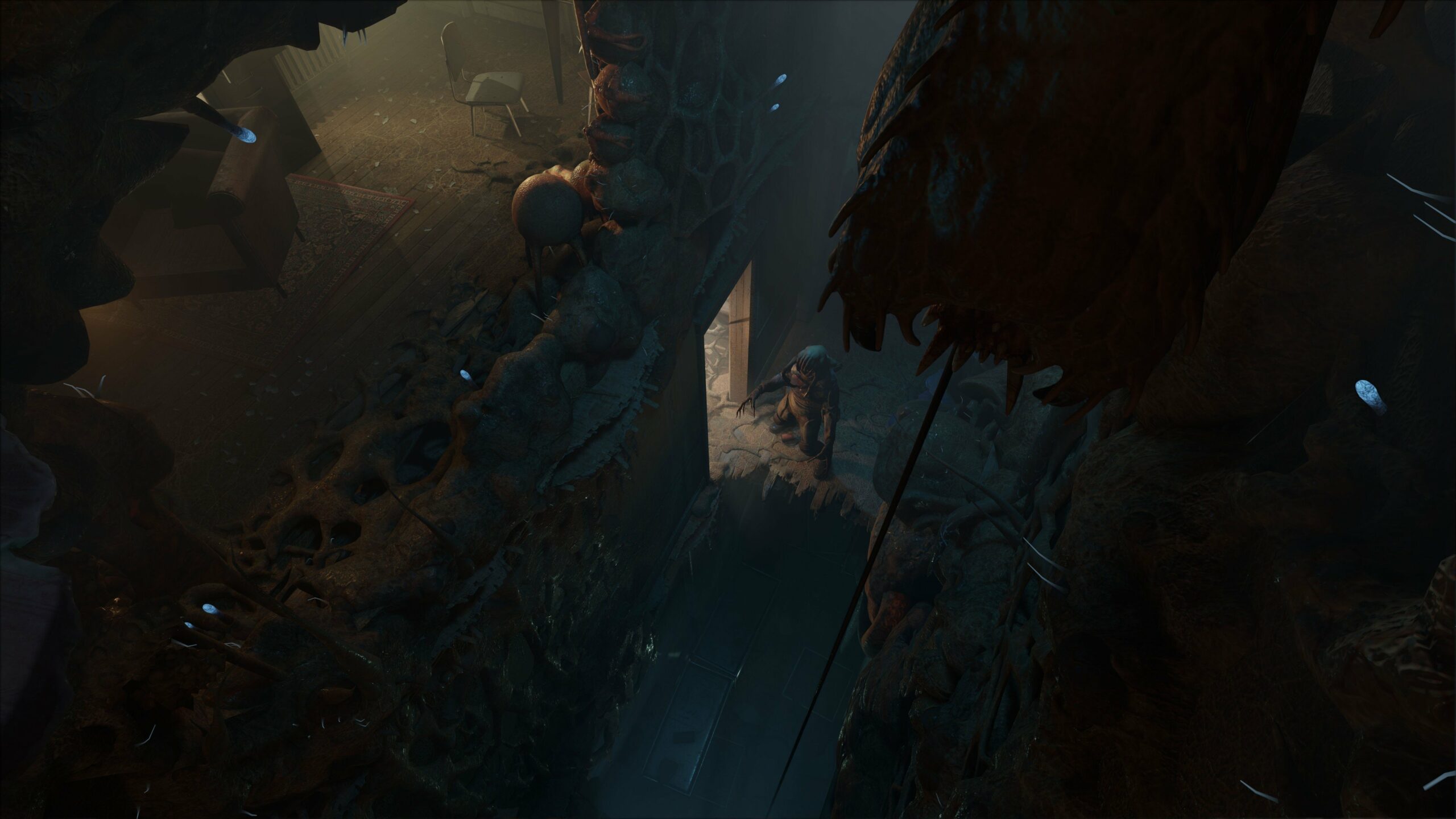 Spoilers ahead, you’ve been warned

Half-Life: Alyx has some very long chapters, especially in the early-going. Long, stressful segments in creepy environments where there’s never enough downtime to feel a sense of relief. That’s why I welcomed the chapter called “Jeff.” I figured it’d be a breezy narrative-based bit, probably meeting a new resistance fighter who’d help my cause, or something like that.

No one has ever been so wrong about something.

Here’s the part where I tell you it’s nothing but spoilers ahead, and throw down the obligatory buffer image so as to divert any wandering eyes. By the way, does this guy look familiar?

Chapter 7’s Jeff is a total sonuvabitch, some kind of hideous monster created by the spore-spewing flora from Xen. He, uh, doesn’t have what we’d conventionally call a head. He’s like a walking venus fly trap with the temperament of a starved silverback gorilla.

Here’s what we’re dealing with:

The trick to Jeff (which you’ll quickly learn or die figuring out) is that he only reacts to sound. So, you throw vodka bottles around to lure him in different directions, enabling you to flee the opposite way. Anytime he’s in your way, just chuck something across the room and he’ll flock to it like a moth to light.

However, it’s those spores that add a degree of complication. Breathing them in will cause Alyx to cough, which, in turn, causes her to get her head ripped off. That’s why you need to hold one of your controllers up to your mouth, effectively preventing Alyx from breathing in the spores. Here’s what it looks like:

This can be a pain in the ass. You’re left to manage enough actions that you have to mentally keep track of which hand to keep over your mouth. For instance, I’m left-handed so I prefer to throw bottles with my left hand. However, that means my movement is on my right hand, and I can’t really get around when it’s over my mouth. So I’d keep my left hand over my mouth, move about, and then switch when it’s time to toss something to distract Jeff.

There’s an easier way. The vodka distillery has half-mask respirators laying around that will do this work for you. This is what they look like:

Pop one of these gas masks on your face and there’s no more need to cover your mouth. It makes everything so much easier now that you can give your full attention to navigating around Jeff. You should be warned that they eventually wear off, although it takes a while. If that happens, just grab a new one off the carcass of some poor soul who doesn’t need theirs anymore.

Jeff is definitely one of the most tense and memorable encounters in all of Half-Life: Alyx. Getting past him requires a lot of caution, precision, and fortitude. But, if you use the resources available in the environment, you can eliminate one surefire way that Jeff’s likely to get you.