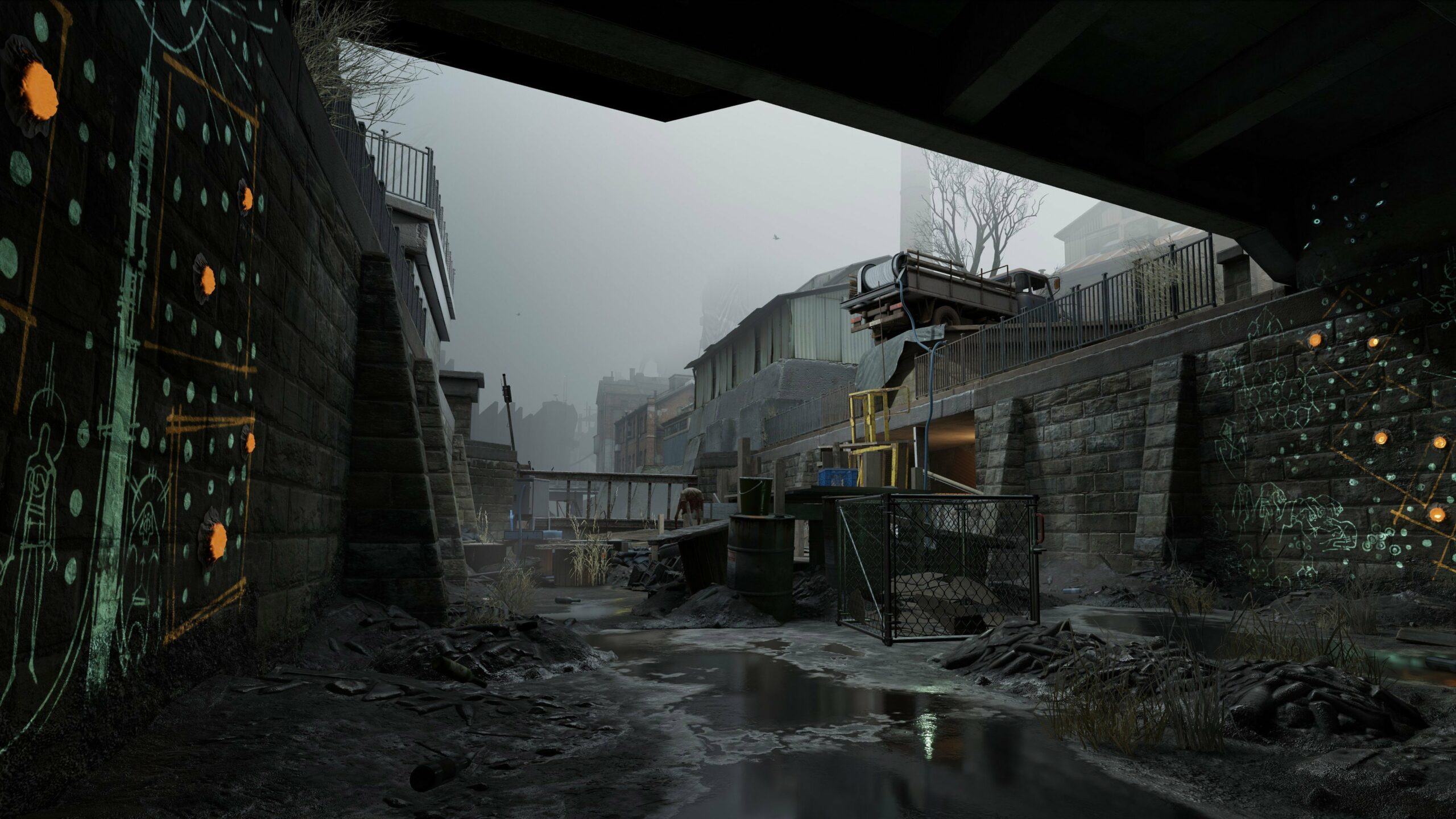 One man’s trash is another man’s paranormal phenomenon

Honestly, I struggled with whether this puzzle even warranted a guide. I spent far too long trying to figure it out, and then felt dumb for not getting it sooner. But, Chris told me something along the lines of “If you had trouble, some other people will probably have trouble too.” And he’s right — different things will trip up different people.

Anyway, I don’t know that I’d classify anything ahead as a spoiler per se, especially as the story goes. It’s more a cool environmental visual that you may want to experience first-hand. That being said, stop here if you don’t want that ruined for you. Here’s a random screenshot to act as a buffer before we get into it:

Those are Alyx’s hands as if to say “Whoa, buddy! Hold up right there if you don’t want to know what’s up with this puzzle!”

Alright, the stragglers are gone. So, you eventually come to a weird scene in Chapter 2 where cardboard starts floating in a tunnel. At first you’re unsure about proceeding, because maybe walking into it will hurt you. Nope, stroll right through that junk.

When you come out the other side, you’re treated to an effervescent scene where the story of Half-Life thus far is scrawled onto the walls in some sort of glowing paint. It looks so cool, and you’ll probably spend a good chunk of time just looking at every mural.

However, there’s a gate blocking your exit and your objective isn’t immediately clear. There’s a cage you can open that releases some more floating cardboard, but that doesn’t get the gate open. It’s just more trash ominously hovering in the air.

Retrace your steps. There’s some sort of electrical panel where you first walked in, and it’s extremely easy to overlook/miss because of the way your eyes are naturally drawn to all the glowing stuff. Here’s what that box of switches looks like:

Now, with that piece of the puzzle, the solution is probably pretty obvious. Go stand on the lone platform, look through the cardboard ring, and find the true solution among all the false ones. We want the third button in the first row, and the second button in the fourth row. Press those and the gate will open up.

Here’s a bonus tip: If your VR playspace makes it tough to interact with low objects, step off the platform and onto the ground. It’s much easier to hit that fourth row button.

Hopefully this guide helps someone and I’m not the only person who got temporarily tripped up here. If I am alone, well, then I’m no smarter than one of those zombies shuffling around with a headcrab nibbling on their brains.