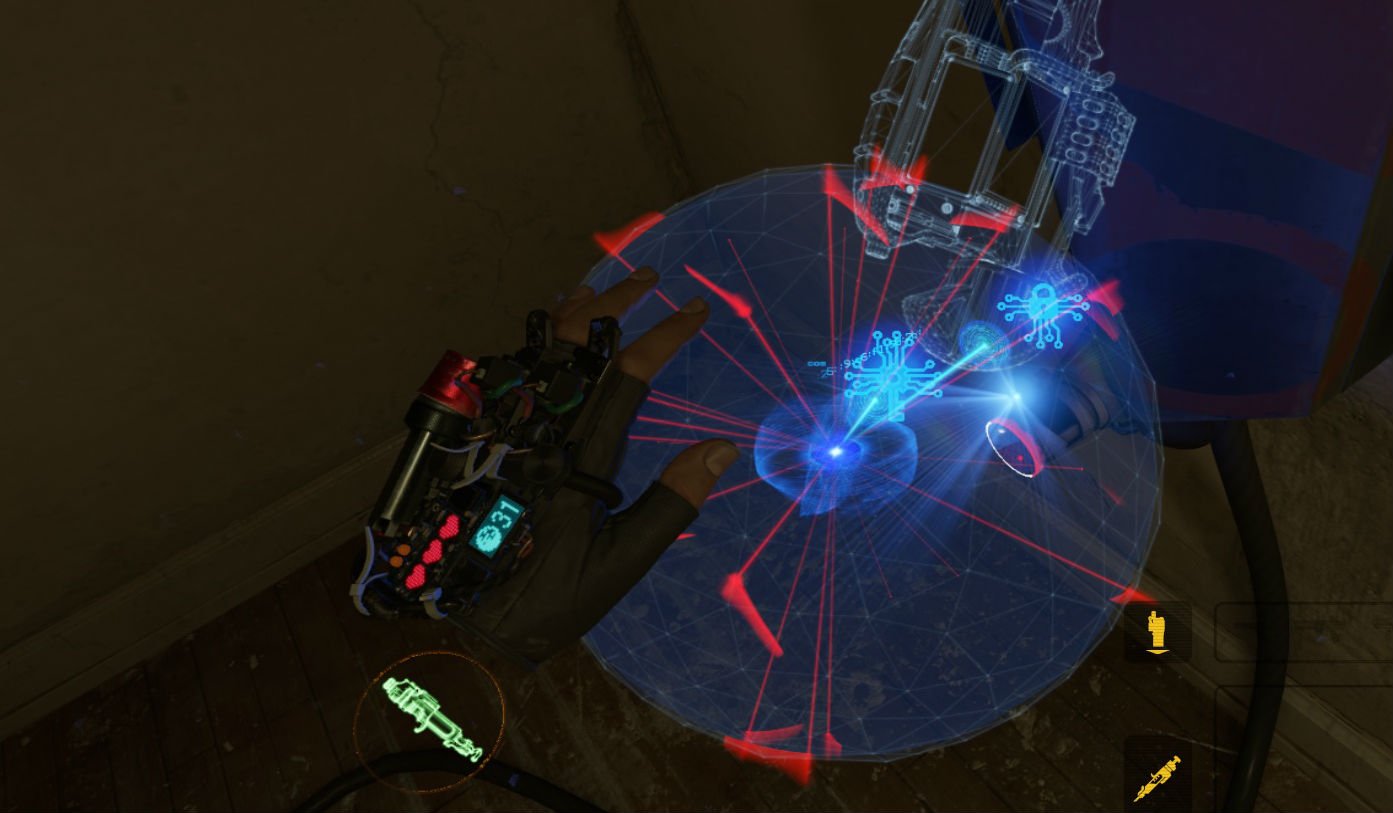 So Half-Life: Alyx has puzzles in it. Who knew?!

The thing is, most of them are optional, granting access to item-filled lockers. Some aren’t, as you’re required to do them to progress on the critical path. It’s very easy to skip them and get rusty, but here’s how to best solve what is arguably the trickiest puzzle in the game.

The “orb laser puzzle,” as I’ve dubbed it, is mostly confined to helpful item lockers. Your job is to get the blue lasers to touch without hitting the red lasers. Easy, right? Well, part of the way through the game the red lasers start moving rapidly, so it can get pretty tough.

The trick is to let go of the blue laser if red lasers are coming your way, and they won’t trigger the alarm and force you to start the puzzle all over again even if they hit that blue laser. It took me a few to figure that out, but there you have it. While you’re moving the laser with your dominant hand, use your other hand to tilt the orb around like a globe and get a better perspective.

So that’s one puzzle. Ha! I tricked you, there’s another puzzle that involves orbs!

These are specifically for the resin-using upgrade stations. Blue orbs will appear, and you need to move them around to reflect light into smaller red orbs. It’s another trick, as later in the game these will get significantly harder with more orbs to manage. So how do you solve them when it gets crazier?

Calmly pick one orb at a time and look at how many reflective lasers it produces. 2? 3? Then try to line those up so that the maximum amount of red lasers are hitting those smaller red orbs. When they hit them just right (insert meme here), they’ll turn swirling blue. Then move to the next orb and try to maximize those reflective lasers too. Sooner or later you’ll see the puzzle come together like the matrix, then make a small adjustment and nail your solve.