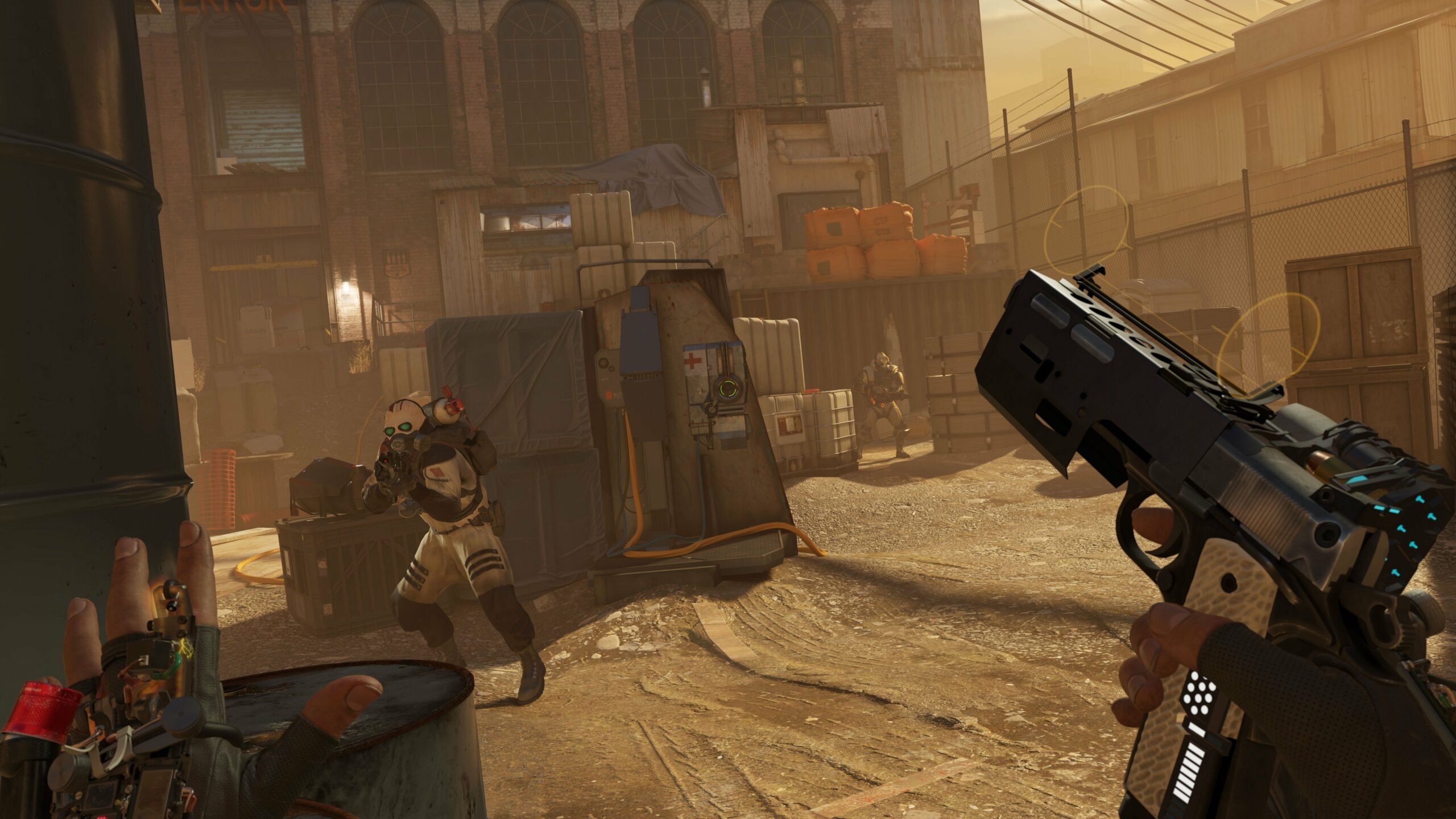 Half-Life: Alyx is a virtual reality game, sure, but it’s also a Half-Life game.

While it’s second nature to go in thinking that it’ll be a base-level tech demo with a Half-Life story, it really does feel like past iterations in more ways than one. It took some getting used to, but one of the chief strategies that’s helped me through a few of Alyx‘s tougher portions is a mantra that is as true as it always was in the lore of Valve: grab junk constantly.

In one of the earliest sections of the game, you’re tasked with tip-toeing around a section of Barnacles: you know, those nasty tongue-hanging-from-the-ceiling things from old school Half-Life. As is customary, you can approach sections like these in myriad ways. The easiest solution is to just shoot them with 3-4 pistol bullets, but that would waste precious ammo.

Or you could walk around them, which is fairly risky but costs you nothing. Or, or you could toss junk at them and distract them, or even blow them up. Now that’s the spirit! One of the best ways to deal with Barnacles directly is to chuck gas cans or oil barrels at their tongues. In classic Half-Life fashion they’ll slowly pull them up, and blam! You don’t even need to fire your gun.

Barnacles aren’t the only things you can best with junk. Sometimes an errant chair is the best way to distract a Headcrab so you can make your way into the next room without wasting ammo on it. You don’t need to blow away everything in sight: save your ammo for more pointed, forced confrontations.

The Gravity Gloves are the key to success with manipulating objects. You’ll need a free hand (it’s useful to keep your dominant side as your pistol hand), and all you have to do is aim at something (it’ll shine orange to show you can interact with it), then press the trigger and flick your wrist: it’ll fling toward that flick motion. Naturally you can flick it toward you to grab it or fling it at something. Either way, you’re good. Just know that heavier objects like barrels are better wielded with two hands.

Speaking of two hands, get used to gripping things with them. You can store two items in your wrists (I recommend two medical syringes at all times), but you can also hold onto two items like grenades until an enemy comes along: one in each hand. Just make sure to grip the trigger the whole time as you’re walking around.

Oh, and one more thing: make sure you aim your Gravity Gloves at every corpse, looking for goodies. Enemies, downed or alive, might have errant ammo or grenades lying on their person.